The month of November has many characteristics throughout the world. There’s Thanksgiving in the United States, Armistice Day in the UK, and Day of the Dead in Mexico to name a few. There is one event that is celebrated from all parts of the world. No Shave November or “Movember” is a charity movement where men can grow out their facial hair. It was created to raise awareness on men’s health issues, such as prostate cancer, testicular cancer, and men’s suicide.

Here at SportsGazette, we felt inspired to gather up the 10 most impressive moustaches and beards in world football (in no particular order):

Djibril Cisse deserves a nod on this list since his facial hair stands out as much as his radical haircuts. The former Premier League striker is now showcasing his eccentric hair at Yverdon Sport FC in the Swiss third division.

If you have not heard of Marco Sailer, don’t worry, not many have. This beautiful set of moustache AND beard can be seen playing for  FSV Wacker 90 Nordhausen in the Regionalliga Nordost  of Germany. That would be the fourth tier of the German football league system in the states of Berlin, Brandenburg, Mecklenburg-Vorpommern, Saxony-Anhalt, Saxony and Thuringia. 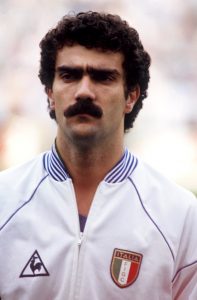 What is more impressive: that former Italy defender Giuseppe Bergomi played his entire career with Inter Milan or that he was able to grow out that creature of a moustache? If the Super Mario Bros. were not inspired by Bergomi and his ‘stache, then I don’t know what is real in this world. The World Cup winner is now a pundit in Sky Sports Italia, but sadly, moustache-less.

Raul Meireles grew out this fantastic beard while playing with Fenerbahçe in Turkey. Alongside his tattoos, it is clear that the former Portuguese international could also be included in a list of the most tough looking footballers in the world. 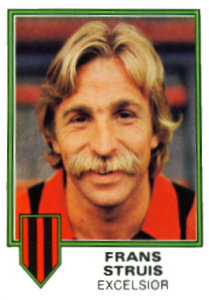 No, that is not the Dr. Seuss character The Lorax you are seeing. This is, indeed, a picture of former Dutch footballer Frans Struis. This is the kind of moustache that deserved a national team call-up. Unfortunately, the blonde strip of facial hair never played alongside Johann Cruyff and the famous Dutch squad of the 70’s. If anyone ever tries to grow the perfect moustache, this is a great end-goal example. 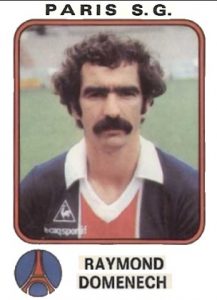 Wow. Where do we begin? Domenech is most recently remembered for his up and down tenure being the manager of the French national team. That is why it is mandatory to show this picture whenever he is brought up. This beautiful combo of eyebrows (unibrow?) and moustache leaves one wondering why he didn’t keep the ‘stache during his managerial stunts.

People like to give credit to the 1994 World Cup in the United States for showcasing “soccer” in America to the world, and later starting Major League Soccer. Wrong! It is all thanks to this glorious red stallion that was Alexi Lalas. His red hair could be seen from anywhere in the stadium and gave way for more brilliant and outrageous styles. Lalas now keeps a more professional look as an employee for FOX Sports out in Los Angeles.

From one former MLS facial hair legend to a more current one, there’s Nat Borchers of the Portland Timbers. I still think Borchers should have two jobs for the Timbers- as a player and their official mascot. It wouldn’t be surprising if Borchers auditioned for the role of Tormund Giantsbane in Game of Thrones.

Zlatan Ibrahimovic has been rocking his samurai look since his Paris Saint-Germain days with his slick back hair and small – but legendary – moustache-goatee combo. It seemed to have helped his but late career when it is supposed to be slowing him down. The legendary Swede striker does not seem to be thinking of retiring nor shaving any time soon. This pick might get the most criticism, but you just cannot go wrong with “The Zlatan”.

Last, but most certainly not least, the legend that is Andrea Pirlo. The hair, the beard and the class he graced us with on the pitch is just unforgivable. This man made men, women, old and young turn their heads on and off the pitch. Having recently played his last match for New York City FC, Pirlo will forever be remembered for his unbeatable swagger and talent. Just look at him! Grazie Maestro.

FURY HAS DROPPED WILDER IN THE 3RD ROUND!!!!