Posted on 3 February 2021 by Viraj Bhatia

The year 2020 was full of challenges for most, but for Rio Rosenberg it turned out to be life-changing in the best of ways. She not only signed for Crystal Palace, but she was also named their U23 captain.

The highs of 2020 didn’t end there. She was selected to appear on BT’s Ultimate Goal where she met two of her heroes: Rio Ferdinand and Fara Williams.

None of this happened by accident. It required a lot of hard work, determination and focus, especially during the first lockdown in March 2020. That’s what made the difference, according to the 18-year-old.

She said: “For the first lockdown I was never in better shape in my life, because of how hard I was training.

“And I really used that lockdown to train every single day and I was probably training like two, three hours a day in lockdown.

“We obviously knew that was probably the best time to go into trials because you had some people who just lost motivation during lockdown.” 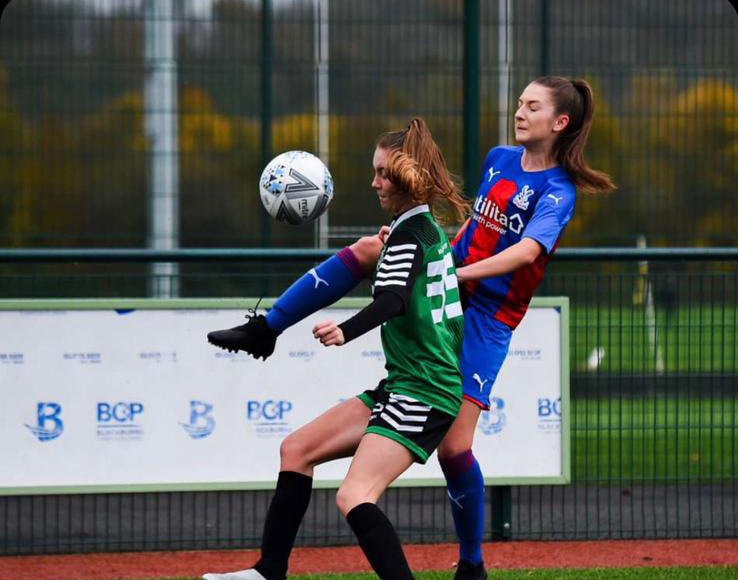 There are two sides to sport: physical and mental. 2020 challenged the mental state of people more than ever and footballers were no different.

Sport is ruthless, and if a player wants to cope with the pressures of performing day in and day out, being able to control their mind is key. Rosenberg believes her workshop with psychologist Kevin George has made a huge difference, helping her channel her nerves and improve her performance.

“I remember, he worked me a lot leading up to the trials, especially because it’s something that I needed to work on. And we came up with ways of taking the nerves away in a way to really enhance your performance.

“So I definitely went into it with a completely different mindset. Before, I was always like ‘I’m not going to get in’ and that’s a fixed mindset. It’s not good.

“And I went into these trials thinking you’ve got nothing to lose, you just go and play football because that’s what it is, and try and take off that extra pressure, and it definitely helped me.” 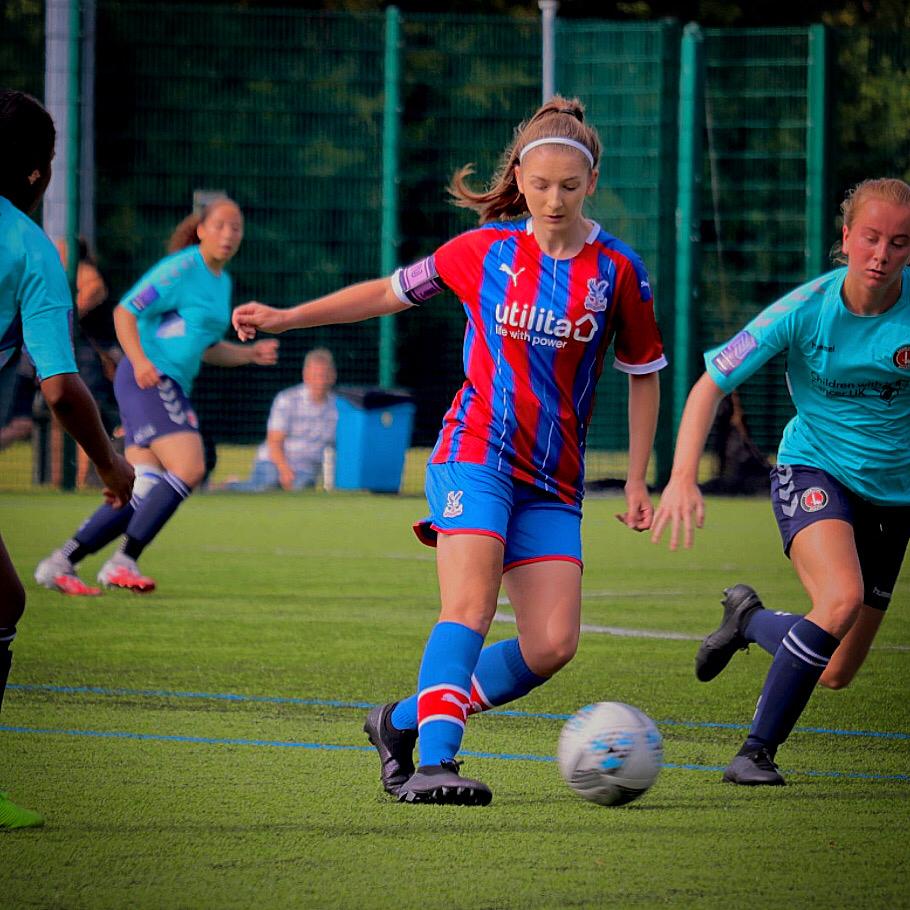 Playing football has been Rosenberg’s dream ever since her mother took her to play when she was five. A big Manchester United fan growing up, she met her hero Rio Ferdinand, when she appeared on BT’s Ultimate Goal show in August.

She recalled that moment with a beaming smile: “We didn’t know about the masterclasses. So we were training, and I remember Rio Ferdinand walked out, and  I was like ‘No way!!’

“Obviously I’m a Manchester United fan, so I kind of lost it, like oh my God, but we got a chance to ask some questions at the end of it and I learnt so much.

“He was talking about the dressing room element. So obviously, me being captain this season, it shows you how teams have different dynamics in the squad. But it’s definitely helped me and my overall growth. I found myself coming out the experience a lot more confident.” 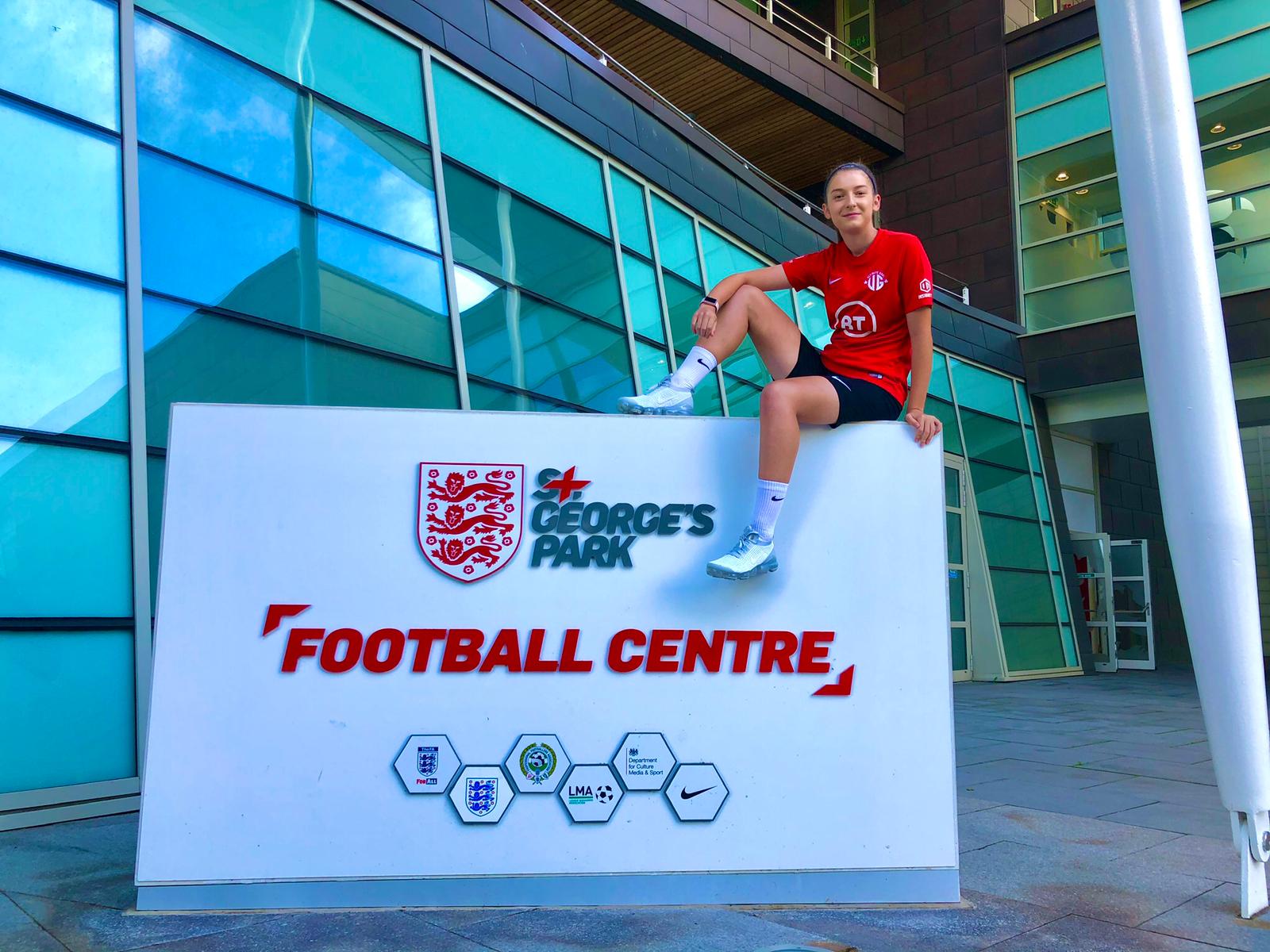 Being a part of BT Ultimate Goal gave Rosenberg a taste of professional footballers’ lives and she is determined, now more than ever, to make that step up.

She said: “At St. George’s Park, we had chefs, like we were living in hotel rooms, it was amazing. So obviously, you got a taste of that professional experience.

“And I remember in the car journey back home, you’re like ‘that’s taste of it, now do you want to go and get it?’ So, in a way it was kind of like back to reality, but you’re like, I want to get there again.”

For anybody, having had a year like Rosenberg, it would be natural to sit back and just take it all in. However, she is not stopping just yet.

After watching the Last Dance and being inspired by Michael Jordan, she reiterates the importance of living in the present, setting goals to work towards and not looking back till it’s over.

She added: “I think the biggest thing I took away from it was, he always managed to live in the moment, the present, he didn’t really think about the past.

“I feel like a lot of people when they don’t have goals, their motivation drops, and their work ethic drops as well. And I think the biggest thing with goals, I think you have to be realistic and go step by step.

Having overcome the challenges of 2020, Rosenberg has already started working towards her 2021 goals. The 18-year-old aims to break into Crystal Palace’s first team, and subsequently achieve promotion to the Women’s Super League.

Rosenberg’s achievements in the face of adversity, and her resolve to not give up in a year when letting go of her dream could have been easy, is inspirational.

As the saying goes, hard work beats talent when talent does not work hard. No dream is too far away, and Rosenberg’s story proves that.

As we support #BrainInjuryAwarenessMonth, we look back at @NakulMPande's demand for stronger team doctors in #Cricket
https://sportsgazette.co.uk/players-teams-less-say-head-injuries/

Official statement regarding the recommended postponement of Rugby World Cup 2021 in New Zealand.

Our F1 expert @h__hatfield chats to Claire Williams, former deputy team principal for @WilliamsRacing, about @GeorgeRussell63's chances of a Mercedes seat in 2022