A hundred metres down from the entrance to one of the biggest clubs in London, a Russian business owner supports Ukraine, horrified by the war crimes of a dictator who she didn’t vote for.

“I don’t know anyone who wants the war” says Darya, the Russian owner of Chelsea Creperie of Fulham Road, said. “We want it to be finished as soon as possible.” 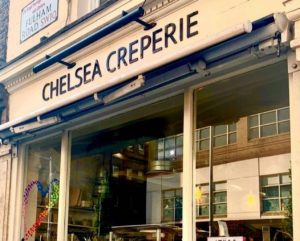 With a spate of sanctions placed on Russia following Vladimir Putin’s invasion of Ukraine 16 days ago, including those on Chelsea’s Roman Abramovich, a stark divide reminiscent of the Cold War’s Iron Curtain has emerged.

Chelsea FC, owned by the Russian oligarch Abramovich since 2003, has felt the sting of these measures.

Abramovich has been accused of having close links with Putin. Though he has denied this, the Premier League and the English FA has done what they feel is necessary to prevent his money leaving the UK.

“I am not happy about the restrictions for Chelsea matches because it means for me that I have fewer customers.

“I think what happened in Russia invading Ukraine is completely wrong and I am against the war but the problem is the sanctions are not going to make Putin stop the war” Darya said.

Chelsea are currently in the hands of the government, – they are not able to sign, sell or negotiate the contract of any players, they can’t spend more than £20,000 on away day travel and all merchandise stores have been closed.

Darya warned that this was unlikely to have any effect: “I was born in Russia. The probability of a revolution in Russia is zero because of propaganda. My parents in Russia are against the war, but the majority of people in Russia do not know the real situation. There is now a law against protests. 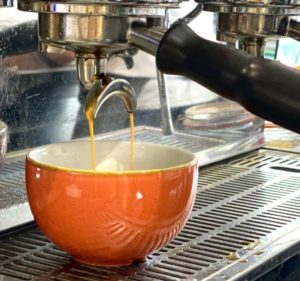 But while empathy towards Ukrainians is evident, the fear that Russians will be targeted in this country still exists in the backdrop of an oligarch who bought a football club for his own protection.

Darya has family in Ukraine as well – she has set up a breakfast this Tuesday and all the profits will go to Ukrainian victims – but she knows that at any moment her shop could face a boycott because she is Russian.

She hopes an agreement can be made and that there is light at the end of the tunnel – but there is no light for the Ukrainian victims, just darkness interspersed with the bright lights of missile attacks.