Skip to content
You are here
Home > Features > A brighter future for amputee football: Owen Coyle Jr discusses why he only sees growth for the sport 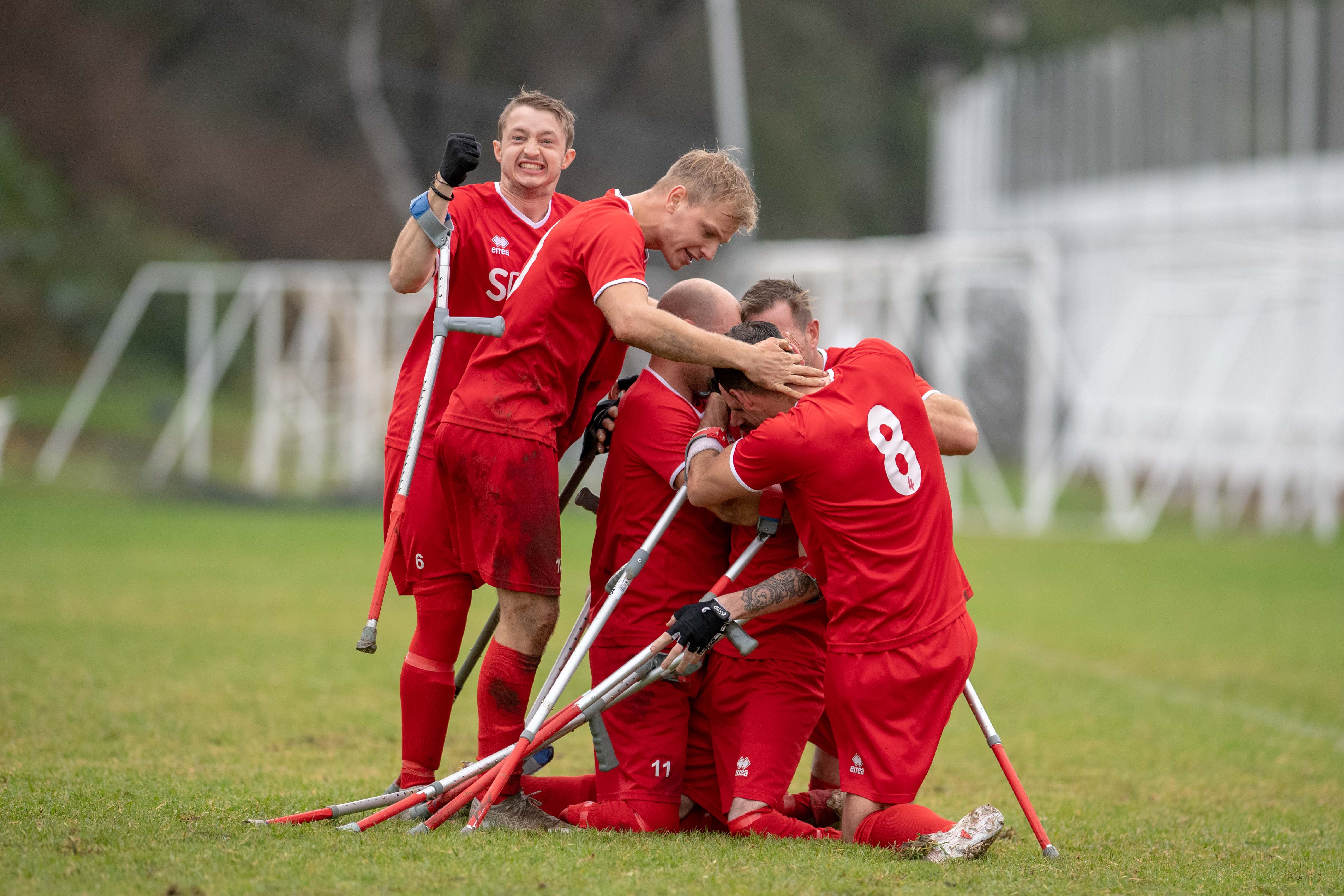 The Amputee Football World Cup drew to a close on November 5th as Angola beat Mexico 5-4 on penalties to ultimately lift the trophy. Although England finished sixth — losing 5-1 to Brazil in the quarter-finals — their finish doesn’t reflect just how positive a year it’s been for the growth of amputee football. 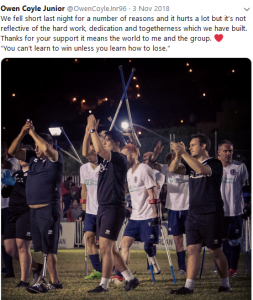 “The sport is growing across the world and has definitely grown in England,” England head coach Owen Coyle Jr explained. “There is more knowledge about it and other forms of disability football, and they are recognised and seen in the right light. More people are aware of what’s going on around them.”

He continued: “I think it’s similar to the women’s game up until the 2012 Olympics. The women’s game spiralled and has grown. It has contracts and transfer fees and is now televised.

“We are way off that with amputee football, but we want people to be aware of it, so if you walk by someone in the street and ask them about it they’ll know what you’re talking about.  That would be a huge step and hopefully we’ll get to that one day.” 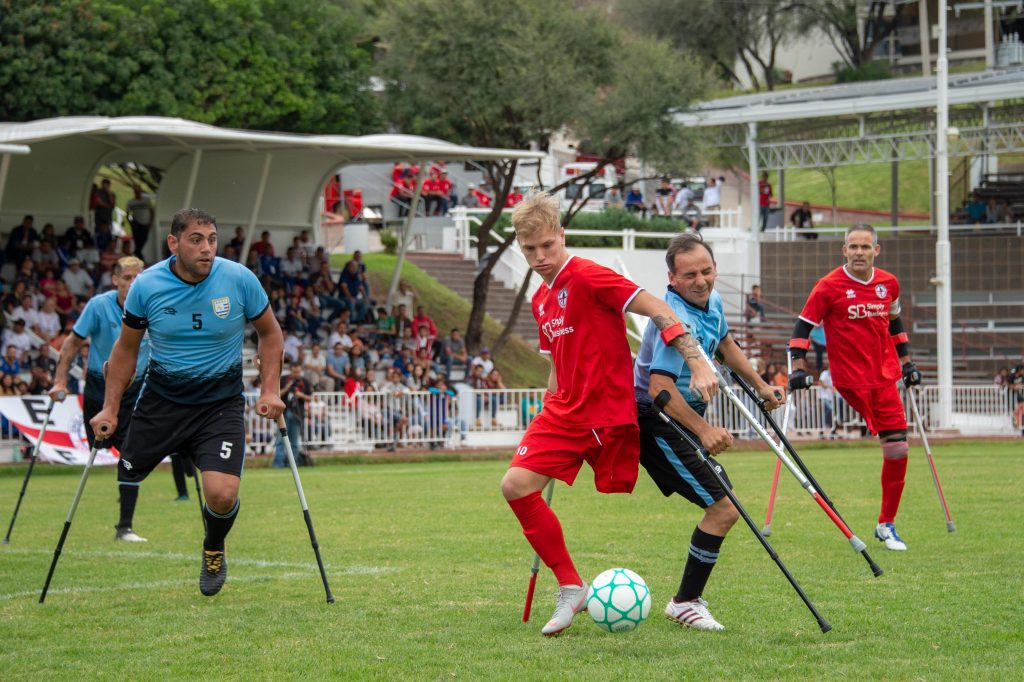 One major step forward for amputee football has been taken since the World Cup, though. Once England returned, a dialogue with the FA regarding future funding opened.

“Despite obviously being a touchy subject, the England team are now in discussion with the FA about how the sport looks and if they are going to take us on.

“There is no gauge whether they will or won’t, but just to have a conversation is a positive start.  It has been the best year yet and hopefully next year will prove to be even better,” Coyle said.

The FA had cut amputee football’s funding back in 2006, citing sporadic participation as the reason. But if funding can be secured for the future, the EAFA’s relationship with the FA will continue to grow and the sport will benefit from it as a result.

“We have always spoken to the FA and been very transparent about what we are doing and how we are doing it because ultimately we want that support one day.

“That said, the support needs to be the right level and it needs to back up what we are already doing, and instil confidence in the players that all the year’s work won’t be wasted.

“I have no doubts we will get there with the FA eventually, and in the future we will have an FA Amputee National Team that is going to represent the Three Lions in different countries.” 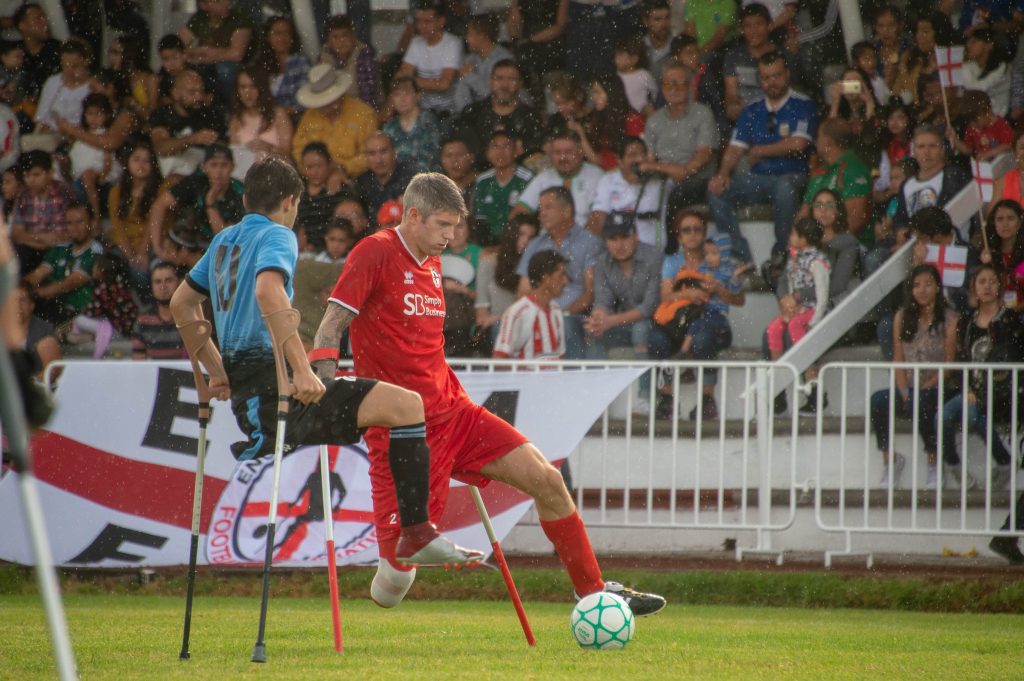 One of the reasons for this reopened discussion is the pressure from the media and the increased exposure of the sport throughout the World Cup, according to Coyle.

“It really is such a big thing nowadays when there is pressure from social media, and in the media in general. When things are perceived negatively — especially for organisations such as the FA — things can be steered in another direction.

“They have always been very open and there is no dislike or any bad feeling, we just want to work together and give these guys the best opportunity to play football. Certainly from the media side we are very grateful to everybody who has pushed it and fingers crossed we get that end result.”

Nonetheless, the World Cup itself was a slight disappointment for England, who harboured ambitions of winning the tournament. They did, though, make it to the quarter-final and hadn’t conceded a goal until that point, before becoming unstuck against a potent Brazil side. Understandably disappointed, but Coyle believes the experience itself was invaluable.

He said:  ”The World Cup itself was a fantastic opportunity for the team, and it was a fantastic experience as well to go all the way to Mexico and play against other nations. We played eight games over there so getting that under our belts was fantastic. The quarter-final result was obviously disappointing.

“We really did back ourselves to go all the way when we were over there and, unfortunately, we fell marginally short despite the 5-1 score line vs Brazil. That wasn’t reflective of the game, but we don’t make excuses and we are well aware we didn’t play to our maximum level in that game and that ultimately cost us.”

Focus has already turned to the European Championships in 2020 and, luckily for Coyle, he has a national league from which to select his players.

He explained: “The league consists of eight teams this year, split into north and south. The northern teams are Newcastle United, Manchester City, West Brom and Everton. The southern teams are Brighton, Portsmouth, Arsenal and Peterborough.

“This starts in January and my role is to select the best players from those eight teams to start to prepare for the European Championships in 2020 in Krakow. So September 2019 will see the England programme back up and running and it will be players from the league who become the key part of the England set up.”

Although the league sees over 100 players compete — most of them English — prosthetic leg users are not allowed to play internationally, which reduces Coyle’s talent pool to between 40-60 players.

How, therefore, does Coyle see his own future progressing?

“I am 22 now so am still very young in terms of my coaching career, I still have a lot to learn and a lot to improve I think. My short-term aim is to keep plugging away and improve what we are doing.

“I certainly have a focus on the 2020 Euros and to try and put things right from the World Cup this year.  After 2020 I will see where I am at personally, as to whether I’m going to move on or not, but I will always be involved to some capacity.”

The past year was a positive step for English amputee football and, despite the disappointment of finishing sixth, you can bet that this will be used as a springboard to try and win the Euros in 2020. 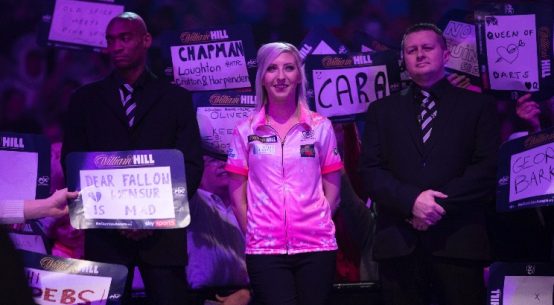 Fallon Sherrock: The gift sport needed and got this Christmas 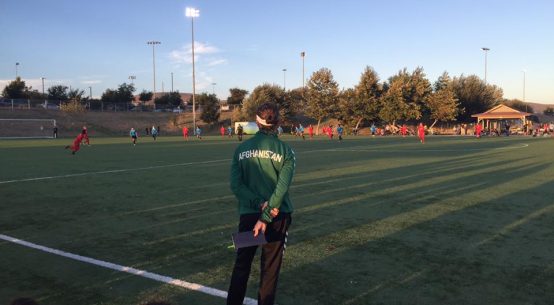 Meet Kelly Lindsey: The American trying to build Afghan women’s football from the top down