At only 17 years old, Chiara Pellacani is already a two-time European Champion, in both springboard and platform diving. Yet, her career has only just begun, and she is now training to qualify for next year’s Olympics in Tokyo.

When Pellacani was a child, she used to do lifesaving swimming. She took up diving when a classmate asked her to give a try. She has not stopped since.

What she did not know was that she would go on to become a successful international diver competing alongside the best divers of the world, and winning medals.

“For a while, I was doing both sports. But then at one point, my mother told me I had to pick one, I could not keep doing both — it was too much — so I chose diving because I had more fun at it,” Pellacani told the Sports Gazette.

Her first international success in the senior team came in 2018 when she won the gold with Elena Bertocchi in three-metre synchronised diving at the European Championships in Glasgow.

A year later, she won one more gold with Noemi Batki in 10-metre synchronised diving in the European Championships in Kyiv.

“Elena and Noemi helped me grow as an athlete and as a person. Partnering with them helped me become calmer and better manage my anxiety during competitions,” she said.

In the Italian Championships, Pellacani will be competing against Italy’s most winning synchronised divers like Tania Cagnotto and Francesca Dallapè. The duo won silver at the 2016 Rio Olympics, two silver medals at the world championships, and eight European titles in a row.

The duo had retired after the 2016 Olympics in Rio and they both started their own family. They returned to the sport at the end of 2018 and started training again with the hope to qualify for one more Olympics, and to participate in Tokyo as mothers.

It will not be an easy task for Pellacani to beat them to keep the Olympic dream alive.

“Competing against them is an incentive for me to do even better in my own competitions, and to improve my dives,” said Pellacani. 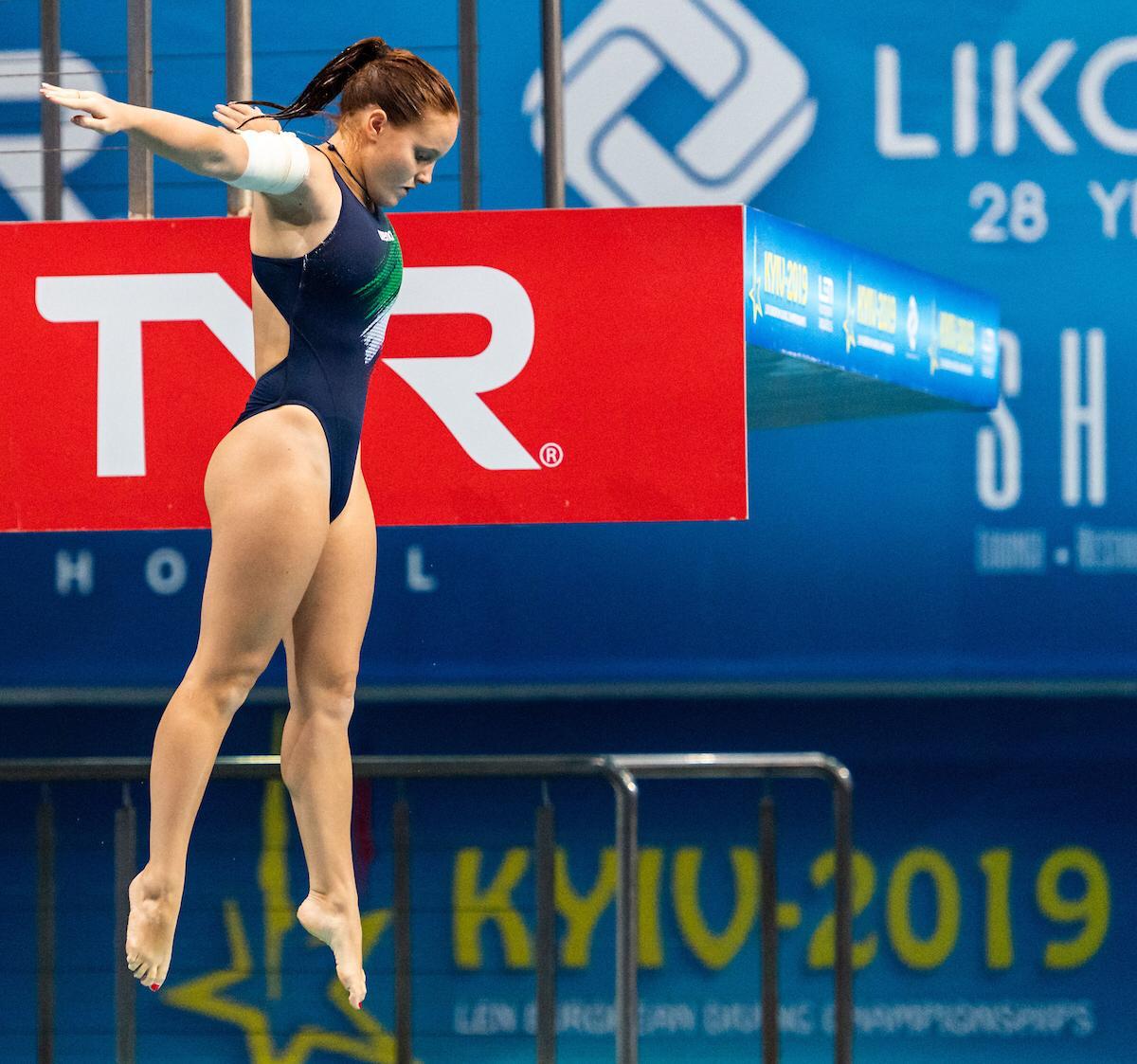 For the 17-year-old, it was not an easy road to get to this level at such a young age. She still goes to school every morning and has training every day.

“One of the challenges is to accept the fatigue during training and it is not an easy thing to do,” she said.

Pellacani is already dreaming big as she is trying to learn and perfect new dives. She is now working on the forward two-and-a-half somersault with two twists to increase the difficulty of her programme.

Not many athletes execute that dive perfectly, but Canada’s most decorated diver, Jennifer Abel, is one of the pioneers of this dive.

Pellacani had the chance to meet Abel and to compete against her in the 2019 World Championships in Gwangju. Pellacani said that Abel is the diver that inspires her and that she admires the most, both on the springboard and outside the swimming pool.

However, trying to learn these difficult dives at such a young age leaves a large margin of improvement for Pellacani to learn even more complicated ones in the future. Definitely, it gives hope for the future of the Italian diving team to keep winning international medals as much — if not more than those already won so far.

Whether Pellacani wins or loses at the Italian Championships, the event will sure see two generations of divers competing against each other to decide who will get a chance to pursue the Olympic dream in Tokyo.