Skip to content
You are here
Home > Combat Sport > Boxing > ‘‘One day, that’s going to be me’’ – Isaac Chamberlain on a life dedicated to boxing stardom 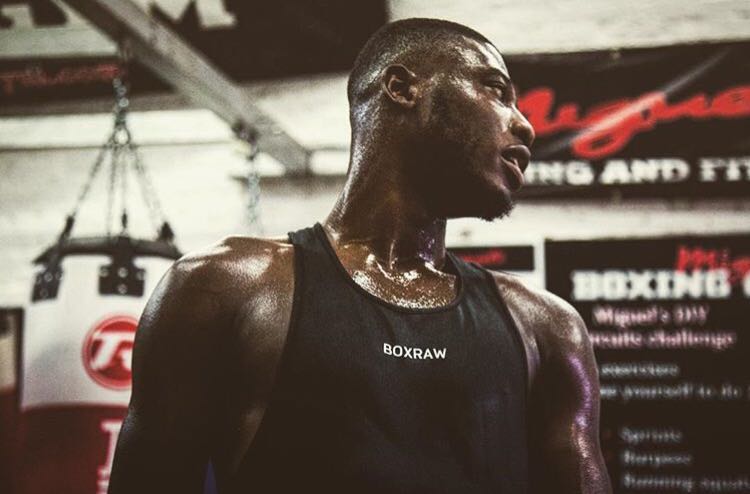 Sports Gazette spent an afternoon with British boxing prospect Isaac Chamberlain, following his recent TKO victory over Ossie Jervier at the York Hall. In a typically charismatic interview, he explains his route into the sport, the drive behind his community involvement and a potential clash with a heated rival.

Tall, stocky, and with a smile that could disarm a gun-toting Texan, it is easy to discern Isaac Chamberlain from the crowd. We meet in a brightly decorated Italian coffee shop on a street corner in Brixton, owned by his girlfriend’s family. It seems he is well known, and well liked, in these parts. After the hostess happily offers us both drinks, a mother with a young child walks in – looking up from her pram, she exclaims ‘‘Hello Isaac!’’. In a few seconds, we have seen first-hand the esteem this young fighter is held in by all who know him.

It’s little surprise to find that he is active in a community which has both given and taken from him in life thus far. Questioned on his involvement with the charity organisation Gloves not Gunz, he explains his wish:

‘’To get kids off the street. I was fortunate enough to not be involved deeply in gangs. There’s nothing out there for them; I ain’t [sic] heard of a drug dealer that became a millionaire – these young kids like to watch Scarface and get gassed, and I’m thinking ‘it’s not real, it’s a movie’.

What happens at the end of a movie? They always die. Is that what you want to be known for? So it’s good to just guide them, to make them be a bit wiser, and boxing teaches a lot of discipline, it teaches calmness.

When you put all your energy into the gym, after training you’re so dead that you don’t even want to hang around in the streets after, so that’s what I’m trying to teach them – it’s motivating to see kids that get off the streets and into the ring, into the gym’’.

Explaining his own determination to remain focused on a sport he took up following the tragic death of his cousin, he continued:

‘’It’s my obsession. At that time, it was all still fresh. I was really obsessed with boxing. I watched so many boxing videos, so many fights, so many fighters. I just wanted to learn as much as I can, and the coaches always said I can be someone.

They tell that to everyone: ‘oh yeah, you can be a world champion, just keep coming’. I never heard those words of encouragement from my mum, from teachers in school, so the first time I heard it I was like ‘Rah, this feels so good’. I think I was about eleven or twelve, so I was like ‘I’m going to keep coming’.

The main thing I did was be consistent – that’s really what separated me. I’d just finish a fight and I’m still in the gym, still training, still trim. I wouldn’t be in the pub or getting fat. I’m still in the gym working on my craft, watching my fight – what mistakes did I make, how could I be better, working at it with my coach’’.

Talk turns to his most recent bout with Ossie Jervier, a performance which he seemed less than pleased about in his post-fight interview.

However, he reflected: ‘‘When you’re fighting, you’re in that zone, so after you’ve just finished fighting your still kind of amped! You’ve just been rocking it with a guy. So, when you’re asked questions after, it’s hard to be really calm after.

You’ve just finished going to war with someone. Blood and sweat and all of that, so it’s difficult to tone it down. While I’m winning and looking good doing it, I’m my own biggest critic. It’s not that I didn’t perform – alright I beat up this guy, but I want more! I want the Commonwealth title next, I’m calling these guys out right now, so that’s what I’m aiming for’’.

Indeed, he was quick to call Commonwealth cruiserweight champion Luke Watkins out after sitting ringside during his victory over Robin Dupree. Just what did he see that he thought he could take advantage of?

Explaining how he had proven just that in his victory over Wadi Camacho last September, he elaborated:

‘‘Dislocating my shoulder, popping it back in, and then carrying on the fight, that changed my whole outlook. Thinking ‘this shit is serious’. I need to buck up my ideas if I still want to keep winning, and that’s exactly what I want.

”It was the most painful experience I’ve ever been through, but I don’t want to lose more than I want to win. I just don’t want to lose, it’s not in my vocabulary. Even when everyone was like ‘pull him out, you’ve got to stop’, I was still in my head thinking ‘I have a good chance of winning.

”That’s my mentality, the mentality of a warrior. You could have chopped off my leg, and I would have been hopping on one leg, fighting. I had to grind hard, and because I know what I’m about, what I done in training. I gave up too much time, made too much sacrifices – not going out or having a proper social life, for that one thing to set me back”

The conversation moves to his budding rivalry with fellow prospect Lawrence Okolie. Isaac does not mince his words.

‘‘F*** Okolie! This guy – since he turned pro, he’s just been a bit funny, acting as if he’s better than everyone and all of that. He started tagging me in some stuff, trying to call out my name, but before
he’s never acted like that. Back in the day he used to come to the gym and he never act like that. When he sees me in person he doesn’t act like that’’

So, does he think Okolie’s act is a charade?

‘’Of course it is! I remember when it all kicked off. I went downstairs into a changing room – he was in the same changing room, and didn’t say nothing. But when there’s cameras and tv, he and his own personal cameraman tried coming up to me saying ‘Eddie, when are you going to let me fight Chamberlain’. So of course it’s a façade – I see right through it.

He can keep thinking he’s the best big man, knocking nobodies out in nine rounds. You’re in for a big surprise if you think that you’re going to clout me in one minute. It’s one of those things but that’s a big fight, and it will happen at the right time. He’s been a bit more humble now since that last performance. Power will not get you all the way there – if power got you all the way there, lots of [sic] body builders and worlds strongest men would be boxers. People that know boxing, they know what’s going to happen.’’

Finally, with another Anthony Joshua stadium fight looming this weekend, what is the best fight Isaac has seen so far this year?

‘‘Probably Joshua/Klitschko. It was just a mad fight! I was there and it was crazy man – when Joshua got knocked down the whole place went quiet. Some kids behind me were crying! I was thinking ‘this is a bit mad!’ A brilliant fight and I really enjoyed it – the atmosphere as well was amazing.

Looking at that and seeing what AJ has created, what all of them have created, makes me think that one day, that’s going to be me’’.

After spending thirty minutes in the presence of such an enigmatic prize-fighter, we are left in little doubt that this will indeed be the case.

Adam Samuel
Adam, 23, is a graduate of Bournemouth University, where he attained a degree in Sports Management. He found his way into sports journalism writing regularly for a football-centred website, with his articles read by over four million people. Growing up in Dagenham, Adam thrived in sport participating in academy-level football and as a national level track and field athlete. Further, he was voted head boy by his peers during secondary school. In this role he enjoyed his first experience as a writer, contributing a weekly article to the school newsletter. Sports in which he holds an interest include basketball, American football, boxing, cricket and handball. With a broadcasting career in mind, Adam is now undertaking a Masters degree in Sports Journalism at St Mary’s University. Twitter: @adamsamuell Email: adam-samuel@hotmail.com 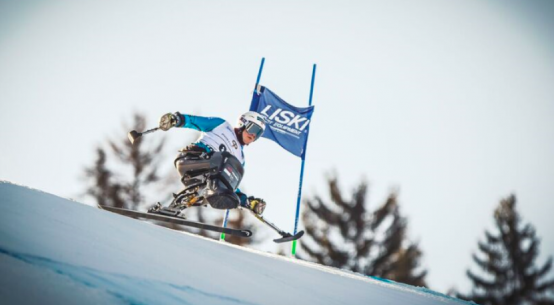 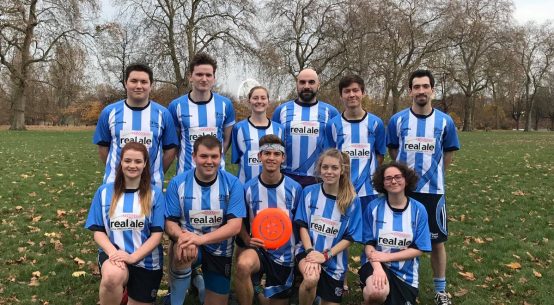 “If football wasn’t around, frisbee would’ve filled that void”