Posted on 26 July 2021 by Nathan Frazer-Carroll 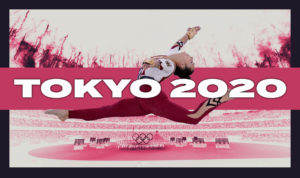 The gross and blatant sexualisation of female athletes, especially in gymnastics, should come as a surprise to no-one. A quick google search of ‘female athletes’ produces results like ‘The 60 hottest female athletes of 2021’. Yes – in 2021 this nasty brand of sports journalism still exists, often justified by lines like sex sells or we’re giving the people what they want.

Well, this is just another example illustrating how the media have routinely refused to view athletes as people or respect what they want.

But the German gymnastics team have decided to kick against this trend and take a stand. They took to the floor for the first time at Tokyo 2020 wearing unitards with leggings stretching all the way down to the ankle.

The uniform, although seemingly uncontroversial is a notable statement in the sport of gymnastics, especially in its current climate.

The choice of attire is a statement against the sexualisation of female competitors within the sport as it has been the norm for decades for female athletes to wear bikini-cut leotards.

Team Germany gymnast, Sarah Voss, wore a unitard at the European Artistic Gymnastics Championships earlier this year. Since then, her team has rallied around the movement. 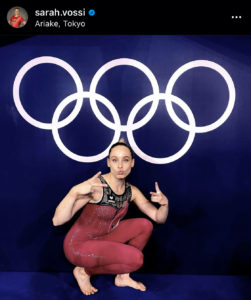 Voss said: “We hope gymnasts uncomfortable in the usual outfits will feel emboldened to follow our example. We women all want to feel good in our skin. In the sport of gymnastics, it gets harder and harder as you grow out of your child’s body.

The Germans debuted their uniforms on the same day Olympic Broadcasting Services chief executive Yiannis Exarchos announced that the Tokyo games will aim to set the highest level of television standards. Exarchos saying: “You will not see in our coverage some things that we have been seeing in the past, with details and close-up on parts of the body.”

Members of the Olympic Broadcasting Services have been reiterating the phrase “sport appeal not sex appeal.”

Team USA star Simone Biles has said that she prefers to wear leotards as it makes her appear taller and lengthens the leg. Biles also said “I stand with their decision to wear whatever they please and whatever makes them feel comfortable… If anyone out there wants to wear a unitard or leotard, it’s totally up to you.”

In the modern era gymnastics is often viewed as being best performed by young women and girls. Biles, 24, recently described herself and team mate Mykayla Skinner, 24, as Olympic Grandmas and often jokes about being an old gymnast.

However, that convention has been defied by some nations including Germany. Their team consists of Voss, 21, Elizibeth Seitz, 27, Kim Bui, 32 and, Pauline Schafer, 24. The range of ages within Team Germany proves that older participants can still qualify and compete at the highest standard.

Voss has been vocal in the past about the acceptable age of female gymnasts, stating that customs within the sport should leave room for female bodies as they age and change over time.

The Tokyo Olympic games are the first summer games to take place since former USA Gymnastics national team doctor Larry Nassar was sent to prison. Nassar was sentenced to 176 years for sexually abusing hundreds of gymnasts in the 18 years he operated with team USA.

During Nassar’s trial, gymnasts described how the sport’s culture allowed for abuse to occur behind closed doors and how young women and girls were routinely objectified and exploited.

This raised concern, not just over Nassar’s conduct, but the number of individuals globally who could be abusing their power and taking advantage of vulnerable gymnasts under the same structures.

Team Germany’s uniform choice has been given public support by the German Gymnastics Federation and raises no problems for the IOC, but movements similar to this have not been so well received in other sporting spheres.

Earlier this year, Norwegian handball players were charged with wearing improper clothing as they chose to wear shorts rather than the usual bikini bottoms during the European Beach Handball Championships in Bulgaria. 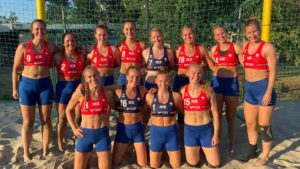 The European Handball Federation (EHF) served up a €1,500 fine to the Norwegian team. In the EHF’s statement they said: “In the bronze medal game against Spain on Sunday the team of Norway played with shorts that are not according to the athlete uniform regulations defined in the IHF Beach Handball rules of the game.”

How wearing shorts prevents you from properly playing handball is still a mystery. What is clear, is that these dated regulations require an update.

The German gymnasts and the Norwegian handball team deserve the right to have their sporting ability take centre stage, and athletes are at their best when they are comfortable.

If the EHF truly cared about the good of the sport and the betterment of society, they would not be making examples of the Norwegian team for having the courage to wear something other than bikini bottoms.

Women continually face circumstances where they are sexualised in public spheres and athletes shouldn’t be fined for wanting to take a stand against that.

The way we watch sport has been founded upon misogynistic ideals amongst other ills. It has allowed the media and other prominent decision makers to enforce dress codes on women and treat that as the norm.

This isn’t an issue of regulation or non-regulation clothing. It is one of autonomy and equality.