Skip to content
You are here
Home > Features > A tale of redemption — Stuart Lancaster 2.0 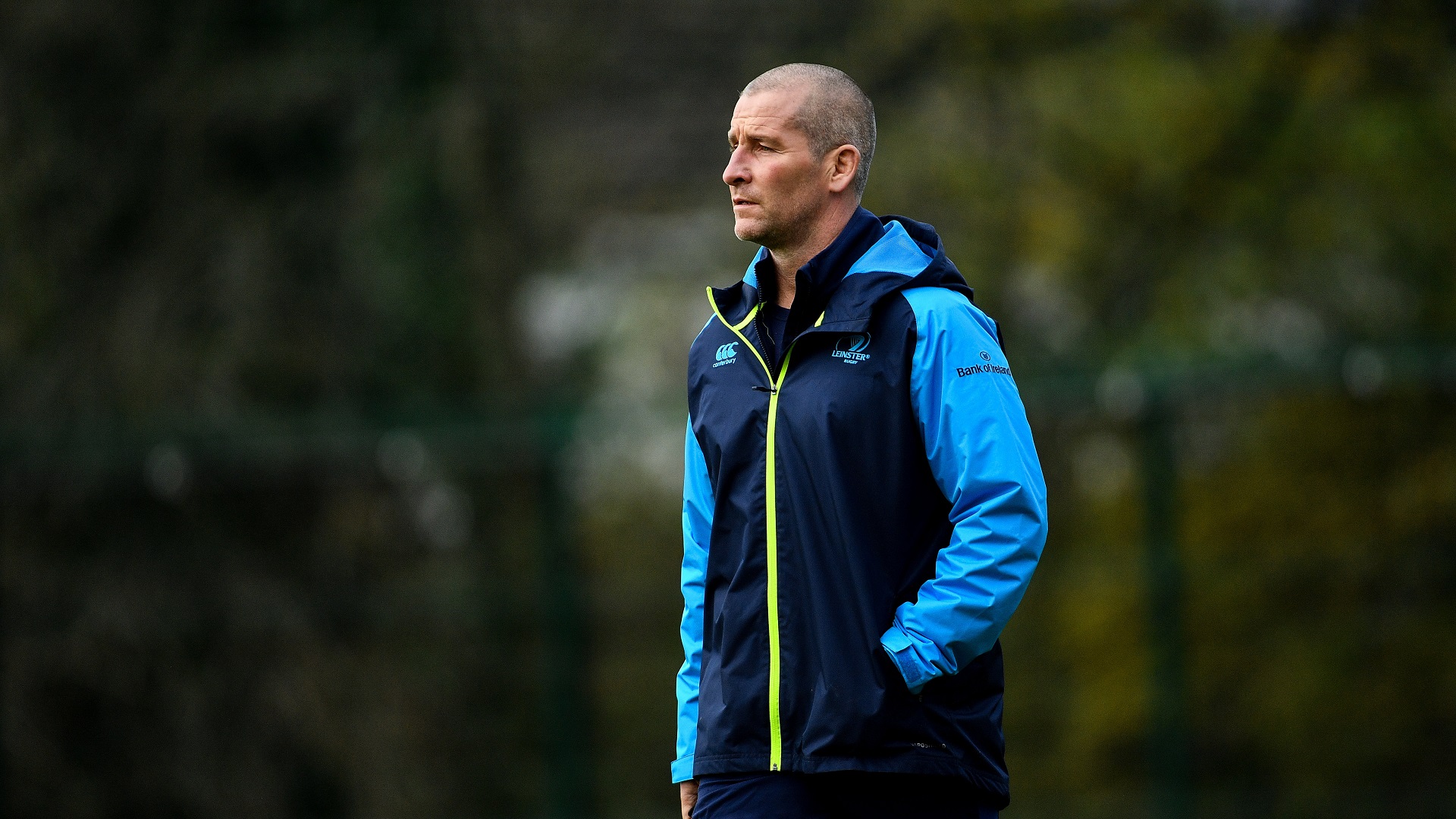 Stuart Lancaster has plenty of reasons to smile of late. After helping Leinster Rugby secure a famous double of the European Champions Cup and Pro 14 title last year, the former England head coach is setting his sights on even greater heights.

“We want to create a long term high performing team here at Leinster,” Lancaster tells the Sports Gazette in an exclusive interview. “We want to be the best team in Europe and leave a legacy for the next generation of Leinster players.”

That Lancaster is able to speak about such lofty ambitions with the pronoun ‘we’ is a remarkable tale of redemption. In 2015, the school teacher turned rugby coached was ignominiously sacked from his position as head coach of the wealthiest rugby union in the world after failing to guide his side beyond the group stages of a home World Cup.

From watching his side get torn to shreds against Australia at Twickenham, Lancaster bounced around the world as he sought to rebuild his reputation and confidence. He held short term roles with NFL franchise the Atlanta Falcons, British Cycling, the English FA and most recently Counties Manakau in the Mitre 10 Cup in New Zealand.

From there, he was offered a lifeline back in to a full time coaching role to work under Leinster’s legendary lock Leo Cullen, who was appointed head coach of the club in 2015 but was sorely lacking in experience on his staff. Lancaster jumped at the opportunity.

“Leo and I are very similar and are kindred spirits in many ways. He understands the game so well and reads people and understands what makes them tick.

“He’s a humble guy and is very detail orientated. He has qualities that are rarely found in players who have have just recently retired. I was excited to work with him.”

It wasn’t just Cullen that attracted Lancaster. After seven near perfect seasons, Leinster hadn’t won a title for two years, something of a serious drought for the perennial winners. Cullen needed someone with gravitas beside him and Lancaster needed an outlet for his still burning ambition.

“I knew I could improve the club immediately and didn’t hesitate when the offer came my way,” Lancaster said. “I wasn’t nervous. I had prepared meticulously and had watched previous games and saw what needed work. I arrived on the Monday and our first game was on the Friday. I was just so excited to get stuck in.”

Two semi-final defeats in his first year at the club were tough pills to swallow but emphasised the immediate impact he had on a young group of players with potential. What came next exceeded all expectations as the good times returned to Dublin last season.

“What a special coach to come in and do what he’s done,” came the glowing endorsement from fly-half Johnny Sexton after his side beat Racing 92 in the European Champions Cup final in May.

Leinster’s talismanic captain could have singled out any number of key figures in a stellar campaign. Instead, he chose Lancaster.

So what exactly has Lancaster done? On the field, he’s helped tweak the team’s gameplay on both sides of the ball. Off the field, he has emboldened a sense of confidence that he developed from 46 Tests as head coach.

“Some of the senior players, especially the Irish internationals, recognised that I had a bit of clout in that regard,” he said.

Most impactful of all, though, has been the way Lancaster has managed to foster an environment of cultural cohesion using a simple approach that is easy to understand and has garnered the buy-in of his players and support staff.

“I use a pyramid,” he explains. “At the base a strong sense of culture is followed by an equally strong sense of identity. Who are we as a team? What brand of rugby do we want to play? Next comes a higher purpose.

“We need to play for more than just winning a match or tournament. Most of our guys — around 90% in fact — grew up in Dublin and wanted nothing more than to be Leinster players. They’re playing for the community, for their families and the heritage of the city they represent. That elevates performances on the fields and allows players to dig deep when things are tough.”

He continues: “On top of that we have a sense of ownership from the players who are accountable to the behavioural and ethical standards that they themselves have set. If they break the rules they’re breaking their own rules. This is all driven by senior players. It is on this structure that we build our brand of rugby.”

And what a dynamic brand of rugby it is. As demonstrated in their 52-3 win over Wasps last week in their European Cup clash, the reigning champions are able to combine brute force up front with flair in the wider channels.

What’s more worrying for the rest of the field is that they cantered to victory after making nine changes from the team that beat Munster 30-22 the week before.

This strength in depth prompted former Leinster and Ireland wing Luke Fitzgerald to declare this crop of Leinster players the best Europe has ever seen. On ‘The Left Wing,’ Independent.ie’s rugby podcast, Lawrence said: “I think you’re looking at the best 30 in the competition ever.”

Lancaster’s impact on Leinster also bodes well for the Irish national team. As many as 25 Leinster players have donned the emerald jersey. With the Southern hemisphere’s giants set to arrive next month — not to mention the looming World Cup next year — the Englishman’s exploits could play a telling role on global rugby over the next 12 months.

“European teams are much closer to the Southern Hemisphere now,” Lancaster said. “You only need to look at Ireland. They’re the second best team in the world and have recently beaten New Zealand. We know now [after South Africa’s famous victory in Dunedin in the Rugby Championship] that the All Blacks are beatable this season too. World rugby needs a strong Europe and we have that now.”

We also have a Stuart Lancaster 2.0 — a rejuvenated version of a coach who now has the chance to cement his place in Leinster history. One more Champions Cup would move them one ahead of Toulouse as the outright best team on the continent as they seek to emphasise their dominance in their domestic league.

For Lancaster, that is only the beginning. The prospect of dynastic rule awaits.

Daniel Gallan
A South African native, Daniel is interested in the blurred lines between sport and politics, class and culture. After graduating with a BA honours in journalism from the University of the Witwatersrand in Johannesburg he pursued a career in freelance sports reporting and feature writing. He also hosts South Africa's only cricket podcast Short Fine Legs. Over the years Daniel has contributed for various print and online publications such as Wisden, ESPN Cricket Monthly, Cricbuzz, the Mail & Guardian, SuperSport, SA Cricket Magazine, the Daily Maverick and others. He was the Content Director for CONQA Sport, a sports and business development organisation, where he published weekly features and hosted panel discussion with prominent athletes and sports practitioners. Now, working as the editor of the Sports Gazette, Daniel is passionate to bring his experience and enthusiasm to the UK. Follow him on Twitter @danielgallan 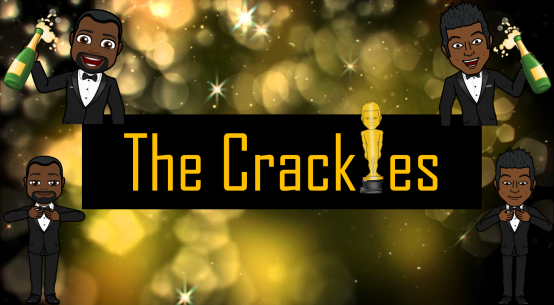 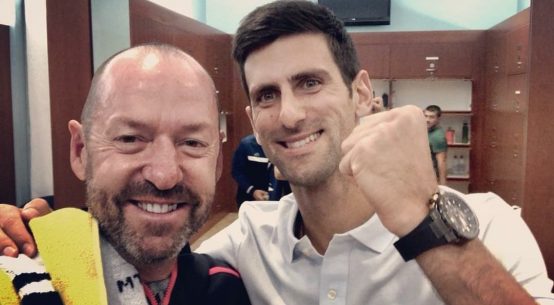