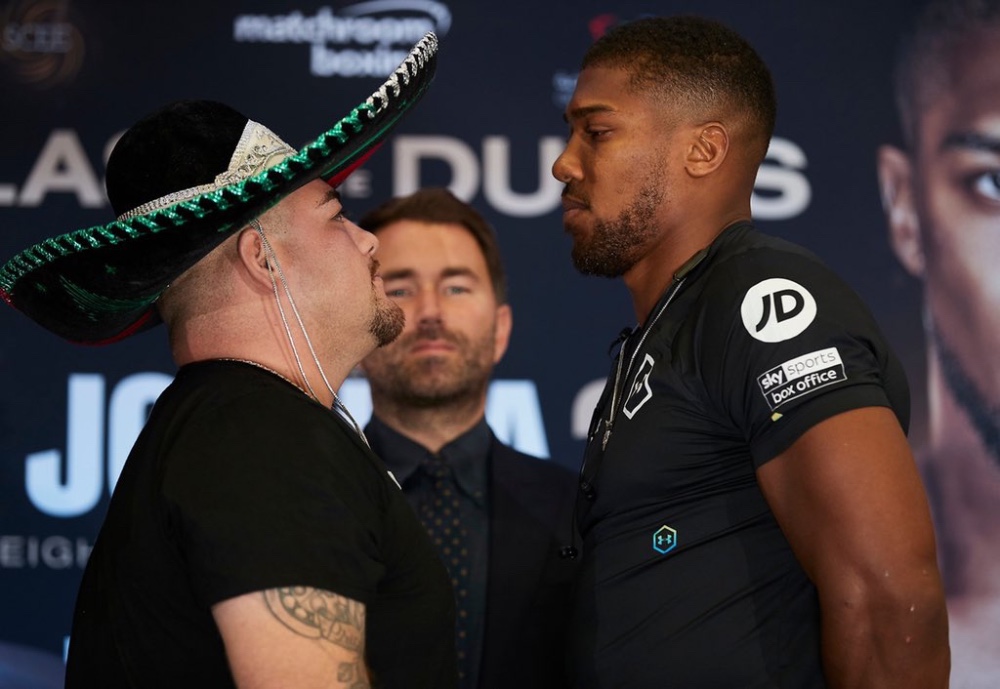 “I’m going to whoop him”

Anthony Joshua is straight to the point in his verdict. He is no doubt of what he intends to do to Andy Ruiz as he prepares for his rematch in Diriyah, Saudi Arabia, on the 7th of December.

Their first fight was at the Mecca of Entertainment, Madison Square Garden in New York and it was Joshua’s debut across the pond. His American debut did not go as the Olympic gold medallist had planned as he returned to his changing room after 7 rounds – with none of his belts.

Joshua came in with a 22-0 undefeated record and a 91% knockout record. Ruiz had fought 33 times, winning 32 of them and his only loss being to Australian heavyweight Joseph Parker, who Joshua beat at Principality Stadium, Cardiff in 2018.

“He wasn’t giving up, he simply wanted time. He turned his back on me to try and give himself more time and unfortunately I couldn’t give him that” said Griffin.

Despite this fight being one of the biggest upsets in boxing history, the heavyweight division is known as a heavy hitting division with 70% chance bouts end in a knockout.

Critics and boxing experts had their own opinions of what happened that night.

There were claims that he allegedly had a panic attack and that would’ve thrown him off. However, with fighters at this level, who have been performing at this high level for such a long period of time, that story sounds unlikely.

Butterfly in the stomach? Yes. Panic attack? I am not so sure.

Another opinion which carried more weight suggested that Joshua simply didn’t want to be there and didn’t prepare for this fight properly and he was caught cold. The former boxing coach turned ESPN boxing analyst, Teddy Atlas, quoted the Marvin Hagler in saying:

“It’s hard to get out of bed at 5am to do roadworks when you’ve been sleeping in silk pyjamas”. Insinuating that Joshua had made enough money and that he had lost his passion for the sport.

Will Joshua reaping the fruits of his labour see the beginning of his downfall?

That question would’ve been on everyone’s mind when realising that Joshua’s undefeated record had finally been broken. This makes this rematch’s stakes much higher and believe it or not, this could potentially be Joshua’s biggest fight in his career.

“I wasn’t fighting King Kong was I?”, Joshua said.

Joshua was very honest whilst talking to Sky Sports about why he did not take this fight as he should have.

One of the biggest shocks of the last fight was when Joshua let Ruiz pose with his belts in a press conference. Waving a piece of meat in front of a hungry lion. These were the first signs that he underestimated Ruiz.

The whole world did, the world looked at Ruiz’s physique and judged a book by its cover without looking at his boxing record and ability. In the first fight, the bookmakers had Joshua as a -2200 favourite and Ruiz a +1250 underdog.

This time Ruiz is confident. He is the man with all the belts. He has to prove (again) to the world that he is the best heavyweight on the planet and the rightful owner of these belts and he is planning to do it by putting on a show stopping performance much like he did in New York six months ago.

In the last press conference before fight night when the fighters faced off, Ruiz stood with his chest out and didn’t break eye contact once. A heckler voiced his prediction by screaming “Two time!” in support of Joshua (Joshua will be a two-time heavyweight champion is he wins). Ruiz kept it cool and whispered a response of  “And still”.

In preparations to the rematch, Joshua seems different compared to the build-ups of his past fights and he has to be. He does a lot of PR prior to his bouts as a client of boxing mogul Eddie Hearn and Matchroom Boxing, this is all part of the superstar image.

But PR, media trained, Mr Nice Guy Anthony Joshua has to go out the window. On Saturday, he has to be careful with his shot selection, careful with his energy and careful with his distance because if Ruiz gets half a chance, he will catch him inside and Joshua cannot afford that as he has shown few times that he can get rocked by big shots.

This time around, he has been very quiet in his preparation and going about his work in Sheffield. He is focused on the task in hand, which is to get his belts back and then unifying the division by defeating the winner of either Deontay Wilder or Tyson Fury who will hash it out once again in February.

Before thinking about Wilder or Fury, he will have to deal with Ruiz to stake his claim as one of the best heavyweights in the world.

Listen to the Sports Gazette’s Cash of The Dunes podcast here as our writers discuss one of the biggest fights of the year.

Inam Yaphi
Inam Yaphi is a born and raised Capetonian, Writes about football and loves a bit of boxing. 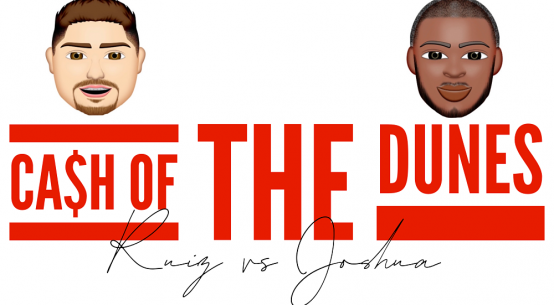 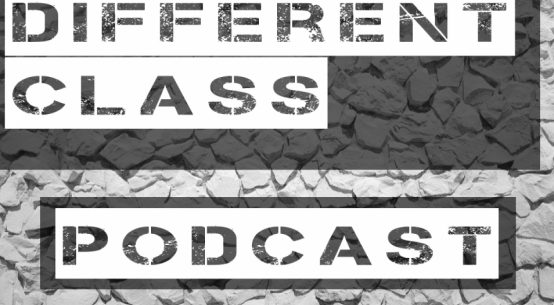