Skip to content
You are here
Home > Author: Joe Leavey

Google reveals all. Whilst England’s encouraging start to the World Cup has got many excited, especially with what looks like a comparatively favourable route in the knockout stages, most superstitious England fans would baulk at any sort of lofty optimism regarding their team’s World Cup. Thanks to Google Trends, however,

The British media are no strangers to ethical controversies. Phone-hacking scandals, the Fake Sheikh, and treatment of Christopher Jefferies have all tarnished the reputation of the press in this country in recent years. Sports Journalism, however, seems to have escaped these preconceptions. Perhaps because of the nature of the subject 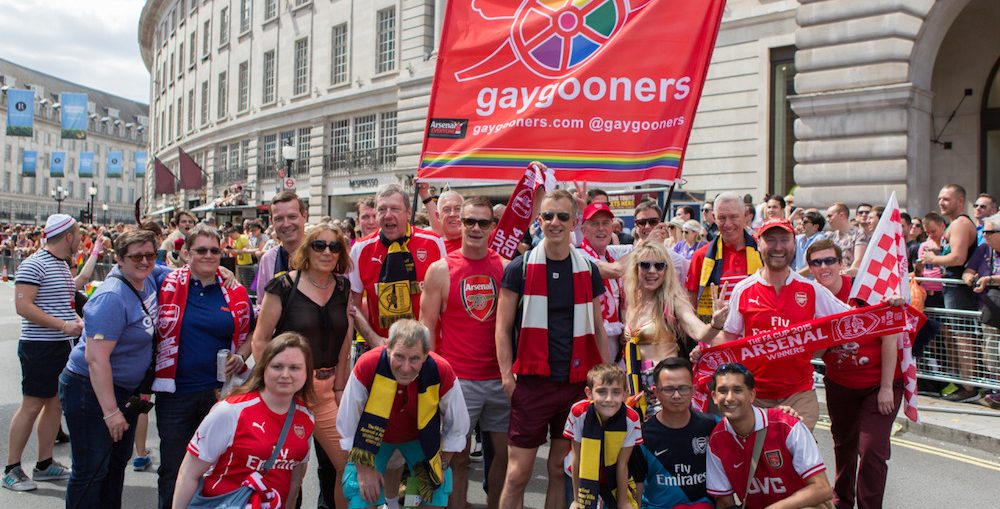 Gay Gooners are true pioneers in English football. Founded in 2013, with over 650 members and counting, the group are football’s largest LGBT fan club. They were also the first to represent a football team at London Pride, and this year’s march on July 7th will be their sixth, helping to

With temperatures back home in London currently peaking at 30C, common sense would suggest that now is not a time for Winter Sports in the capital. However, this couldn’t be further from the truth. Whilst the success of Lizzy Yarnold and Laura Deas in the Skeleton, and the continual strength

Despite a tricky couple of years on the pitch, Arsenal fans stand by their history. They became the first London club to win England’s top flight in 1931 and remain the capital’s most decorated side domestically, with 13 league titles and the same number of FA Cups.  This history is well

TS Eliot famously wrote - in his modernist epic The Waste Land - that ‘April is the cruellest month.’ Whilst the poet is here referencing the degradation of humanity, the line in fact seems cannily relevant to domestic football: April signals what many deem ‘the business end’ of the season.  For

As another typically hectic end to the Championship season beckons, with plenty still to play for, Sports Gazette visited playoff hopefuls Brentford to chat to manager Dean Smith and forward Florian Jozefzoon about the final push.  With just two games to go in the league this campaign, the Bees sit three

It’s that time of year again: the azaleas are in bloom, the fairways preened and the green jackets pressed in preparation for the return of the Masters where, once more, there is a familiar name on the lips of all concerned: Tiger Woods. It’s now more than two decades since the

Got, got need: Panini stickers are back! Cue the inevitable blitz of your local newsagent, the frustration as you tear open a pack only to be met with your 16th adhesive likeness of Graeme Le Saux, and the impromptu swap markets that will spring up in every park, office and school

The debate surrounding sport’s unbreakable records always provides a fascinating microcosmic insight into the nature of competition at the highest level. Today marks the anniversary of perhaps one of the most enduring statistics in the world of professional sport: Wilt Chamberlain’s 100-point game.  To speculate on the nature of sporting records,