Was it an egg? Was it a ball? It was surely not a football! Confusion was huge among the people of the Croatian town, Split, as they were trying to figure out the game British soldiers were playing in their harbour in the early 20th century. Yet, some would soon start copying what they had seen, just in more familiar circumstances: With a football, in speedos and on the beach.

When ashore, the Royal Navy couldn’t resist throwing some spin passes during their free time and that sight ripped most Croatian common sporting senses to pieces. The footballing nation had never seen an oval ball before.

Eventually, a group of nosy students became curious about the “egg game”. Back at their universities they began snooping through foreign newspapers and magazines and came across pictures of what seemed to be the mystical game.

“What handball is for British people is what rugby is to the Croatians”, says Luka Bjelanovic, sporting director of Split based rugby union club ‘Nada‘, the most successful in the country. First attempts at recreating rugby – or what they called “regbi” – under instructions of the images pretty much resembled handball. 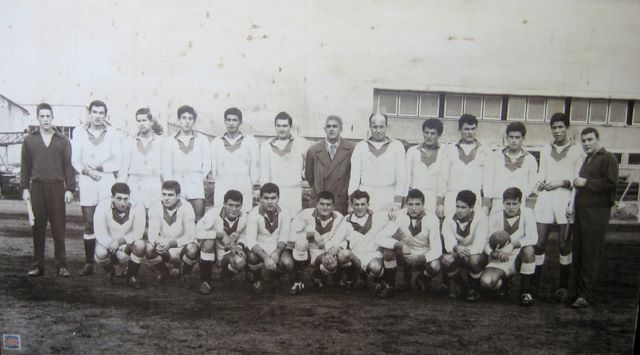 Not knowing the rules but being aware of the sport’s brutality the pioneers shifted the pitch onto much softer ground. Posts were firmly rooted into the shallow water of Bacvice beach instead of a field, a football was brought out and the boys threw themselves into the game.

Initially played in the water, “regbi” was offered by a swimming club that also ran water polo and competitive swimming. Considering the Mediterranean country’s hot weather, many became interested in the unusual sport and its popularity grew day by day.

In 1938, the first ever real rugby ball was brought to Split. The football was replaced and the game started to resemble its original format although it was still played in the sea.

Its popularity never reached the heights of football or handball but these students had written sporting history. Over half a decade later, Luka still takes Nada’s 12-14 year-old players to Bacvice to “play rugby in shallow water. Not on sand but really in the water and the kids love it”.

The tiny country currently counts four amateur clubs that play nationally and internationally. The 43-year-old proudly describes his club as being the record champion of a regional league that includes Serbia, Bosnia, the Czech Republic and Hungary as well as being “Croatian champions for 15 years in a row”. 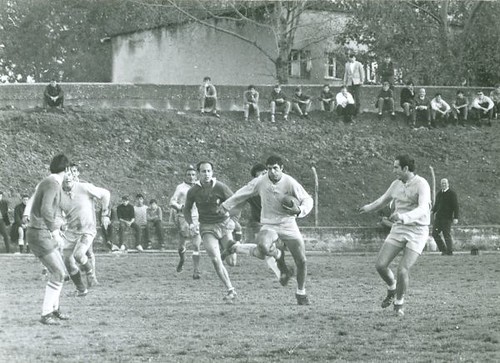 But Luka fears that his favourite sport will lose its last devoted followers: “I played all kinds of sport but I fell in love with rugby. My father used to play so I was lucky he got me into it. Here, you wouldn’t normally stumble across rugby in every day life as they don’t show it on TV. This is why the younger generation is not interested.”

Despite all, the sporting director still believes that “there is a greater sense of friendship and togetherness in Rugby than there is in other sports” and he is convinced that Nada will find a way to promote their heritage and even become a professional club in future.

Until then, the new generation of beach boys should continue spreading good vibrations at Bacvice.