Pro Futsal London opened up their doors to the Sports Gazette at the end of last year, and gave us an insight into their training sessions and how they’ve developed as a club.

The futsal team, which holds its training sessions and matches at Aldenham School in Elstree, has only been in existence for more than two years.

It was founded by Jon Kurrant who played youth-team football for London-based clubs Arsenal and Charlton Athletic, before signing a professional contract with Scottish Premier League side Aberdeen.

Unfortunately for him, the move didn’t turn out the way he had planned which resulted in him terminating his contract, but he later found solace in the game of futsal.

“I went to Loughborough University and I was introduced to the game through a friend,” he said.

“We were lucky enough to have the England assistant manager there Michael Skubala, now the current England manager, and that’s how I got into futsal.” 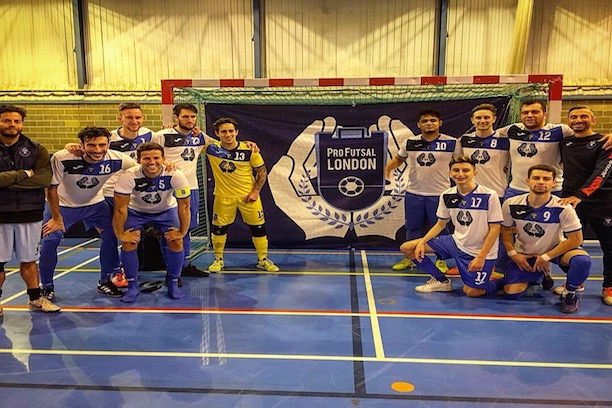 After getting a taste for the game, Kurrant joined up with Brazilian based London side Helvecia which inspired him to take the next step and develop his own club.

“The players there were just absolutely excellent and you learned the game just through watching them,” he said.

“[I wanted] to get a university feel in terms of a futsal family as well as trying to professionalize it a little bit, and get a better level in the team just as I did seeing the players at Helvecia.”

First-team players Tamas Gyenei and Jordan Davidson are important members of the squad and they revealed how futsal gave them a both a second chance after not making the grade in 11-a-side.

“It’s more interesting, it’s a quicker game and it’s more enjoyable for me to play,” said Tamas, who played football at Second Division level in Hungary.

“As I didn’t make it as a professional football, it didn’t interest me playing down at the lower level as I’d rather play futsal.”

Goalkeeper Jordan, who played academy football at Barnet FC told us: “The biggest difference is you’ve got to be a lot more intelligent. 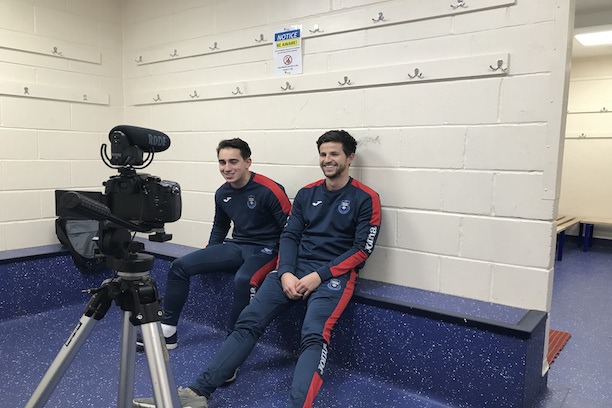 “You’ve got to play the ball into feet and be able to play and move into spaces. You’ve got to use your brain more and be a lot more switched on whilst playing.”

Both also play a huge role off the court as they help coach the senior women’s team alongside developing the younger players at the club, and the two are extremely excited to be part of the project.

Tamas said: “I love playing, that’s my life! The boys know me and I’m a kid and I behave like a child, honestly. That’s what makes me close with the kids as well in terms of coaching. Working with the kids is just a dream.”

“One of the best things about futsal, which is different to football, is that you’re a massive unit,” Jordan said.

“You are literally one family. There’s no divides on or off the pitch, it’s just a family feel throughout the club.”

LAFC’s Carlos Vela @11carlosV took home the golden boot last year with a record breaking 34 goals. But who will come out on top this season?

The @MLS’s season kicks off this weekend, and we will get a first look at the new expansion sides - @InterMiamiCF and @NashvilleSC.

With the launch of @SportsMediaLGBT's 'Rainbow Ready' guide for the media, @jonboy79 spoke to our reporter
@muireann_duffy about challenging the representation of LGBT+ community in the media. #RainbowReady #RainbowLaces https://sportsgazette.co.uk/sports-media-lgbt-challenging-perceptions-within-sports-journalism/