Posted on 11 December 2020 by Nathan Frazer-Carroll 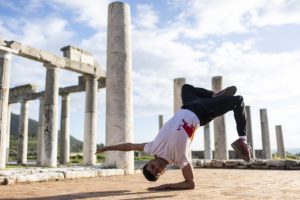 On Tuesday 8 December, breaking, or breakdancing as it is known to most, was announced to be the newest Olympic sport, debuting at the 2024 Paris Games.

The participants, known as B-boys and B-girls, will compete in a one-on-one knockout format after the sport’s successful trial at the 2018 Argentina Youth Olympics.

Question marks still hover over how the judging will look in 2024 as breaking is more subjective than most Olympic events. However, the dancers will in some capacity be assessed on rhythm, originality, style, and execution.

One of the UK’s brightest talents, Sunni, knows what it means to be welcomed onto such a prestigious stage and what barriers the breaking scene faces in the coming years.

The 25 year-old international B-boy became well known for his place in the UK crew, Soul Mavericks, is now a strictly a solo act. After finishing first at the UK Solo B-Boy Championships in 2016 and 2017, Sunni has high hopes for the Paris games.

The decision to include breaking in the 2024 Olympics has also provided fuel to a long standing debate within the B-boy and B-girl community.

For some breakers, the global shift towards acceptance is a betrayal of the movement’s origins.

“There are a lot of purists, who are a lot more connected to what it stood for then, rather than supporting where we could go,” said Sunni.

This internal push back no doubt stems from the belief that breaking’s inclusion in the Olympics will irreparably change the fabric of the scene. Sunni ultimately disagrees, stating that the event should be viewed as an opportunity to add to the culture and not as selling out.

The purist view is understandable. Breaking, much like other cultures born out of urban origin, is deeply connected with protest, dissent, and individualism.

Similar to skateboarding, hip-hop and graffiti culture, not only was breaking branded as an outcast activity, it developed its very identity on the premise.

Sunni is not discouraged by these notions and insists the debate will only prove to motivate breakers on both sides. After all, dispute and disagreement are key ingredients in creating art. 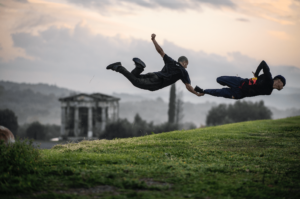 Remaining balanced is an integral part of becoming a successful breaker. Opponents of the sport’s inclusion, however, have been anything but. Breaking’s critics have come in many forms since the International Olympic Committee’s announcement on Tuesday.

Some have insisted that the IOC’s intentions of attracting younger audiences has resulted in the inclusion of sports that are undeserving of the Olympic name.

In one such case, BBC Derby radio host Sally Pepper likened breakdancing’s status to that of a jar-opening contest – a blatant degradation of the sport’s Olympic worthiness and athletic skill.

As sports like squash sit on the Olympic sidelines until at least 2028, critics should be mindful that the Olympic viewership is ageing and young people want to see the inclusion of sports that speak to them.

The introduction of breaking in Paris will follow fans’ first experiences of Olympic surfing, climbing and Skateboarding in Tokyo – a testament to the Games’ ever-changing face. 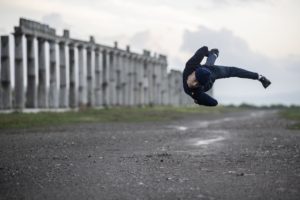 And the IOC are not the only ones adapting. Sunni predicts significant changes to his day-to-day life in the lead up to 2024: “Breaking is so far behind every other sport in the Olympics. We don’t have coaches, nutritionists or anything, we just have practice.

“I’m hoping the Olympics is going to bring about a big change for breaking, preparation-wise and support-wise. In other sports it’s a lot easier to get coaching, management or funding.”

Ultimately, breaking is lacing up for a global revolution, its inclusion in the 2024 Olympics will surely lead to greater integration and better support for these athletes and the culture they represent.