Brentford Head Coach Thomas Frank believes that it is just a matter of “fine margins,” which stand in the way of his side climbing up the Championship table. Following last week-end’s 2-0 loss at Preston, Frank urged his side to show a positive reaction and capitalise when bottom of the table Stoke City come calling at Griffin Park on Saturday.

“I think in football we talk about fine margins. You definitely need that to come to your side. I believe in two very crucial things you need to do. One, keep working very hard, and then keep believing in what you’re doing no matter what the kind of game you want to play, you keep believing and that’s what we try to do. To swap things around, to get an even a bigger momentum, get it going even better going forward. I think we haven’t got the luck so far. Definitely been games when we could got more out of it,” said Frank who despite the loss at Deepdale, highlighted Brentford’s “solid performance,” in that 2-0 loss, stressing, “We just need to keep our heads down and keep going,”

Despite just one win in their last five games, Frank has seen improvements in his newly assembled young side and perhaps the arrival of struggling Stoke could provide a catalyst for the Bees to replicate the form which saw them dominate Derby County with a 3-0 win at the end of August. His counterpart for the Potters Nathan Jones has more immediate concerns. Jones has come under increasing pressure following a poor sequence of results, which include four losses from their last five games. The Bees Head Coach however empathised with Jones’ predicament and implored Stoke’s “decision makers,” to give him more time.

“We all know how difficult it is to be a manager, head coach in a club that are struggling. My biggest support to Nathan Jones and his staff and their players because even though we want to beat them of course on Saturday but we know that’s the big pressure, playing and managing a big club like Stoke. I hope that the decision makers in Stoke give Nathan the time he needs, him, his staff and his players.  He definitely proved it in Luton, where he did a fantastic job, he stabilised them got them promoted, and I’m one hundred percent sure when we look back at the games where we analyse so far that he has the tools to make that club grow and climb up again. Everyone needs to understand that they’re building a new club, a new team, and that needs time.”

Frank revealed that Brentford have been preparing for a tough battle with Stoke who will be,” fighting for their lives, like a wounded animal,” but nevertheless he has prepared his team for a crucial encounter against a side which he said “ have put the second most crosses into the box so far this season,” and where home support will also play a crucial role.

“Every game in the Championship is tough and especially when you play against a team that have quality and they’re fighting for their lives so they would put everything in to it and they’ll just raise their level one hundred per cent but so it’s like that,  If you give them something they could get that extra momentum to them. But of course if we get on top of them, the confidence that they have and the belief that they could drop quite quickly so let’s plan to get the first goal.

“You can’t take anything for granted. But I know one thing if we are up there with the right mentality, right attitude and we hit our level, we know we are a very good side especially at home at Griffin Park. The crowd has been amazing so far this year at Griffin Park, and we have a big belief and we know we’re are a fortress.”

Crucial to Brentford’s fortunes this season will be Sweden defender Pontus Jansson who arrived in west London from Leeds United in the summer for an undisclosed fee. Frank has praised the “ big influence,” of his captain in and around the club.

“Pontus, he’s been part of raising and improving our culture on and off the pitch. He’s very experienced and a vocal player that addresses things directly. Besides that he’s a very good character so that had a good influence and on the pitch the defensive side of it you can see already. Of course we are training things, hopefully improving things we are very aware of that you need the right personnel to get to back up there. He’s improved that as well.”

Despite only scoring five Championship goals all season, Frank insisted that “hard work,” is continually going on to remedy that situation.

“We try very hard to work on the relationship on the pitch and what kind of principles do we have when we want to make our breaks, either on the side or central so that’s a lot of different training drills, where we do that, it could be seven against zero, against mannequins, it could be against four or five and have some set attacks we want to do, what kind of spaces do we want to attack. That we’re working very hard on analysing with video and then try to get the right mix or blend where we think it can click.”

Since taking over from former Brentford Head Coach Dean Smith last October, Frank has been carefully crafting his own identity at Griffin Park, where he wants his side’s to dominate and press opponents high up on the pitch, and to be ready for rapid change should the game situation need it. 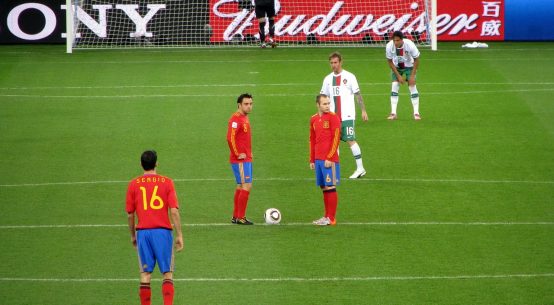 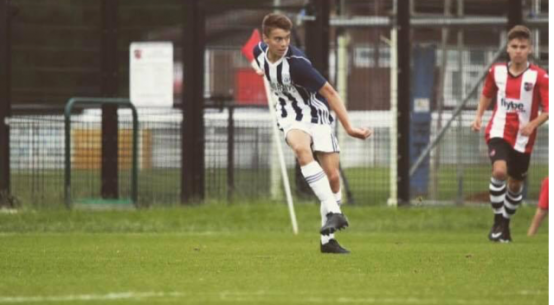 At the Sharpe end of football