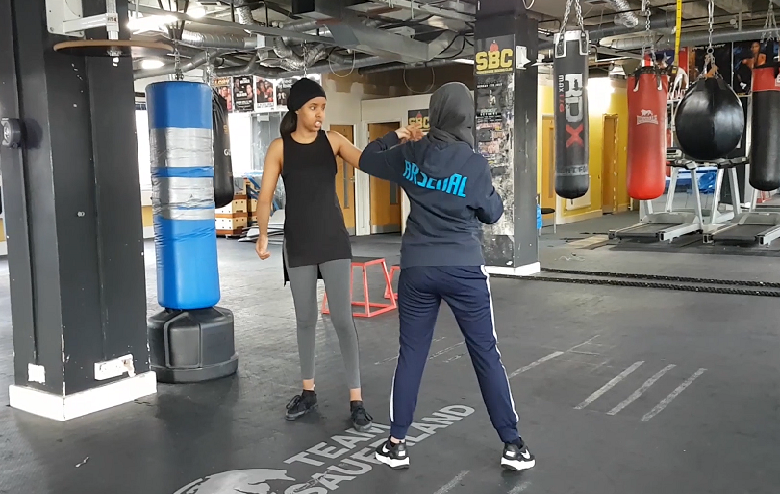 “The least I can do is teach them how to throw a punch” – Sports Gazette visited Stonebridge Boxing Club in Harlesden to meet Awo Abukor, an amateur boxer who started a ladies-only boxing class to encourage more Muslim women to participate in sport.

A Muslim woman in sport is usually only mentioned in mainstream media under extraordinary circumstances: either she is not allowed to compete due to traditional uniform policies, or she is the first Olympic athlete to compete and win while wearing a hijab.

The latter is American-Muslim fencer Ibtihaj Muhammad, whose bronze medal in the 2016 Olympics resulted in a Barbie doll being modeled after her. The doll is part of the Barbie “Shero” line, honouring women who break boundaries and, as the company puts it, “inspire countless girls who never saw themselves represented.”

While this is a great step towards inclusivity, what about the Muslim girls who don’t participate in sport to compete? The ones who don’t have what it takes to become an Olympian? Who represents those girls?

Stonebridge Boxing Club in Harlesden was mainly a place for boys and men before Awo Abukor started to teach her own class. The London-born Somali instructor acknowledges that regular women who wear a hijab in sport are massively underrepresented in the media.

She said: “Not everyone does it [boxing] to complete. Some are just here for fun, some for fitness or strength. I know there are a lot of Muslim women who want to come, they just don’t know my class exists yet.”

However, the 23-year-old’s class is not exclusively for Muslims. In her opinion, that would be counter-productive. “I want to give all women a place where they can train freely without necessarily the aim to compete,” she said.

When Nike released their Pro Hijab line, it was advertised as a product that ‘eliminates the performance problems associated with wearing a traditional hijab during competition.’

However, when asked if the hijab had ever hindered their sports performance, the Muslim girls in Awo’s class unanimously disagreed. One girl jokingly added: “It actually absorbs sweat wonderfully.

“People think it’s like a noose around your neck. I mean, it can get hot but it’s just a light material tied into a turban or lightly wrapped over my shoulders.”

Awo’s boxing class is open to any woman who wants to spend her Sundays learning how to throw a punch.

Iman Alaouie
Iman is currently studying for her MA in Sports Journalism and NCTJ diploma at St Mary’s University, London. She spent a year abroad in Paris studying Photojournalism and English, and has a BA in English from the University of Copenhagen. She is multilingual and speaks Arabic, Danish, English and French. Iman was once featured on popular Danish TV Channel 6 in their national search for a ‘football expert’. Making it to the top 3, she shadowed famous pundits and was tasked with live half-time and full-time analyses of the Premier League game between Chelsea and Fulham. This extraordinary experience only cemented her decision to become a sports journalist. She has recently undergone a two-week work placement at Sky Sports News, and has since been offered freelance. She is an avid Arsenal fan and enjoys attending games and live-tweeting during matches. 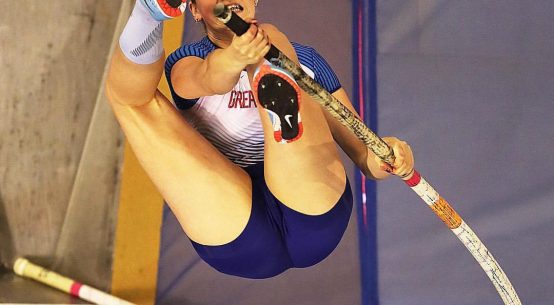 “I wasn’t thinking about how badly I wanted a medal. I was just thinking wow, I’m here and I’m pain free” — Holly Bradshaw on winning Pole Vault silver at European Athletics Indoor Championships 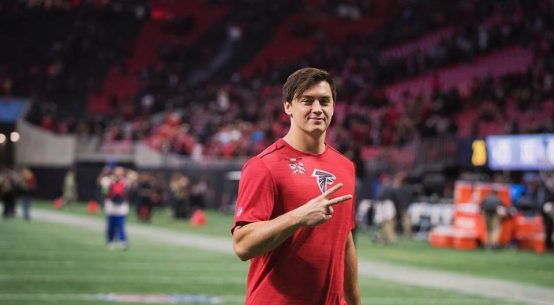 From England Sevens to the Atlanta Falcons: Alex Gray is a different kind of NFL rookie