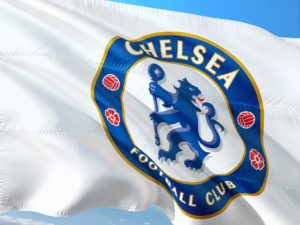 Chelsea Women cemented their spot as the best team in English Women’s football this season as they secured a league and cup double with a 3-2 extra-time win over rivals Manchester City at Wembley, but their season was not as straightforward as they had hoped.

While the cup final finished in dramatic fashion, it was the league triumph that was more impressive, dealing with the up-and-down saga of Chelsea’s ownership as well as a torrid start to the season with that dramatic loss against Arsenal at The Emirates.

Chelsea Women Favourites For another title?

Chelsea went into the season as favourites to claim a third title in a row, but after their final game of the past season had ended in a demolition at the hands of Barcelona in the Champions League Final, there was an air of nervousness going into the season.

Losing 3-2 at the Emirates on the first day against their title rivals was never the start that the title holders wanted and Arsenal’s manager Jonas Eidevall fell to his knees in celebration, knowing what a big result it was.

Chelsea however would only lose one more WSL match all season, a 1-0 loss to mid-table Reading, as Emma Hayes managed the Blues through one of the hardest seasons they would ever face as a team. The players themselves fell to their knees as they celebrated the trophy, directly referencing Eidevall’s celebration.

Nevertheless, it all came down to a dramatic final day. Chelsea had to win against a Manchester United side who were unbeaten in their last 7 WSL matches.

Man U started well, taking the lead twice, heading into half-time 2-1 up with goals from, Thomas and Toone, before Chelsea had hit back through Cuthbert.

Chelsea however, with the recently awarded FWA Women’s footballer of the year Sam Kerr leading the line, hit back after half-time, winning the game 4-2.

One of the standout goals of the season was scored as well by Kerr, who volleyed home from around 30 yards, leaving the keeper stranded in the net.

Speaking to Jessy Parker-Humphreys, freelance football writer and regular feature on the LondonIsBluePodcast, they summed up Chelsea’s season, looking in particular at the final day:

“Chelsea have certainly had one of their more tumultuous seasons, both on and off the pitch, but it shows the character of Emma Hayes’ team that they were able to still come through and win the title. Their experience of winning and losing titles on the final day of the season certainly helped them come back against Manchester United, whilst having a player of Sam Kerr’s quality is always an asset.“

It would be wrong to say that the season wasn’t an excellent success story for Chelsea. In the face of adversity, they managed to bounce back from setbacks to win the title for the third year in a row.

There were still however disappointments in the season after an early exit in the Champions League. Fears will also grow among the camp as the squad is looking small with three senior players, Drew Spence, Ji So-Yun and Jonna Andersson leaving the squad. They also lost 3-1 in the Continental Cup Final against Manchester City in March.

With the issues surrounding Roman Abramovich and the Russian government entering Ukraine, both of Chelsea’s main teams have been suffering – but while the men’s team noticeably struggled to grind out results, almost being distracted by the off-field antics. The Blues also suffered with a number of injuries to key players throughout the season including star player Fran Kirby, who was out of action due to illness.

However, the women’s team seemed to move from strength to strength, going one better than the men’s team to win the FA Cup in extra-time against Manchester City.

It has also been a year for personal triumph as well, with Sam Kerr winning the football writer’s player of the year award as she scored 20 goals in 20 games, achieving an unbelievable 1.16 goals per 90.

Manager Emma Hayes also scooped up an individual award as well as she was given the FA WSL manager of the season award.

With the arrival of new owner Todd Boehly, further investment in the women’s project at the club will be there, and it was great to see him speaking to manager Emma Hayes before his appointment, showing how much he cares about the whole club.

For the last three years, Chelsea have been pushed to the limit by both Arsenal and Manchester City, and with these clubs also investing heavily in their teams, including Arsenal recently extending the contract of star-striker Vivienne Miedema.

Ahead of the Women’s Euros this Summer, Chelsea will need to be looking at the matches and seeing if they can sign any of the stars from Europe’s biggest teams, but after the recent signing of Kadeisha Buchanan, Chelsea are on the front foot yet again.