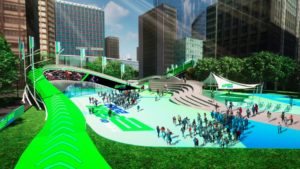 The E-Bike GP isn’t just a sports event- it is trying to revolutionise the sports industry.

What is the E-Bike GP?

There is a new sport that will take the focus of the world next year, as the E-Bike Grand Prix (EBK GP) is set to begin in 2022 in Dubai.

Fast-paced and engaging, the EBK GP partners ground-breaking technology with a promise from each of the host cities to raise awareness on climate change- seeking to mobilise citizens and promote cleaner, greener and healthier cities.

With COP26 now well-underway, EBK GP are helping to show people that saving the planet doesn’t have to be boring.

The E-Bike GP will combine traditional cycling with battery-powered technology, creating the fastest, most technologically advanced and environmentally friendly cycle series there has ever been. 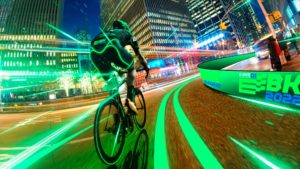 The bike is yet to be released, but we are assured that it will be the new benchmark for e-road bikes for both competitive and non-competitive cyclists.

The series will include ten events, with ten franchise teams competing, each having one male, and one female rider.

EBK themselves state how important gender equality is to them, with both the male and female riders contributing equally to the team’s overall score.

BMC Switzerland have also signed on as exclusive bike partner for the Series, building a new E-bike specifically for the competition. This is a massive deal for the competition, with BMC bikes known for being of the highest quality.

Despite all this, the biggest selling point of the EBK GP is that any city that signs up for it will also have to sign up to a tailored three year Sustainable Transformational Mobility (STM) programme.

They will aim to improve micro mobility and reduce carbon emissions in cosmopolitan, urban environments.

Dubai have already established themselves as one of the most pioneering cities in terms of technological advancement, and have a reputation for delivering sporting spectacles.

“We are thrilled to be the first host city announced for the first-ever E-Bike Grand Prix Series – the fastest and most technologically advanced cycle sport in the world.

“The EBK GP will not only create a sensational sport experience in the city, but it will further advance Dubai’s sustainability achievements.”

The sport is new, exciting and something that city dwellers won’t be able to miss with the race right on their doorstep.

The announcement of other host cities, and how this exhilarating spectacle will be broadcasted, is eagerly awaited.

Many cities may be nervous to sign up, but now that Dubai have taken that big first step, it wouldn’t surprise me if other cities are contacting organisers as you read this.

Perhaps most importantly is that unlike COP26, where world leaders won’t necessarily be held to account for their promises, here the cities must agree to their three-year plan.

The E-Bike GP isn’t just a sports event- it is trying to revolutionise the sports industry.