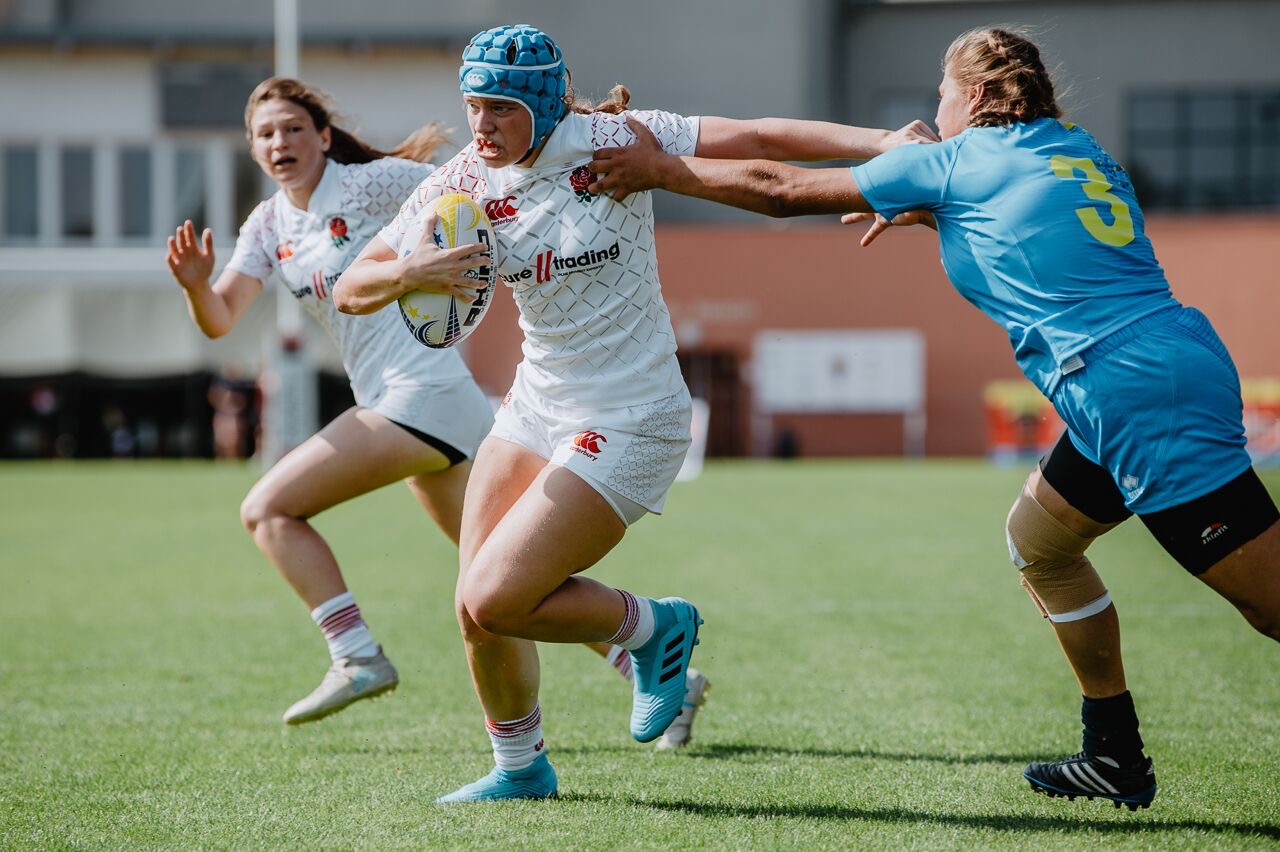 From being British jiu-jitsu champion to signing a full-time professional contract with England Rugby 7s, Jodie Ounsley is the exemplar of a multi-talented athlete.

The 18-year-old’s sporting CV is nothing short of remarkable, but what makes her achievements even more impressive is that she is profoundly deaf.

Born prematurely, Ounsley was the youngest person in the country to be fitted with a cochlear implant shortly after her first birthday, but that has not prevented her from realising her sporting dreams.

In the last two years alone, Ounsley has represented Great Britain in sprinting at the Deaflympics, signed for Tyrrells Premier 15s side Loughborough Lightning and won the World Deaf Rugby Sevens in Sydney before becoming the world’s first-ever deaf female rugby player to be selected for a full international 7s squad.

Now a full time professional player in the England 7s team, Ounsley is hoping her success will inspire others with disabilities to follow in her footsteps.

“If you are willing to work hard, anything is possible,” she said.

“I support my communication with lip reading and body language. Rugby requires good communication, but I’ve always been very upfront with teammates and coaches about what I can and can’t do.

“Players tend to support speech with body language and signals so that helps. Being deaf means I am very visual and always looking and scanning for information to support lipreading.  This actually helps with rugby as I tend to play head up and eyes open which makes it easier to identify space to attack on the field.” 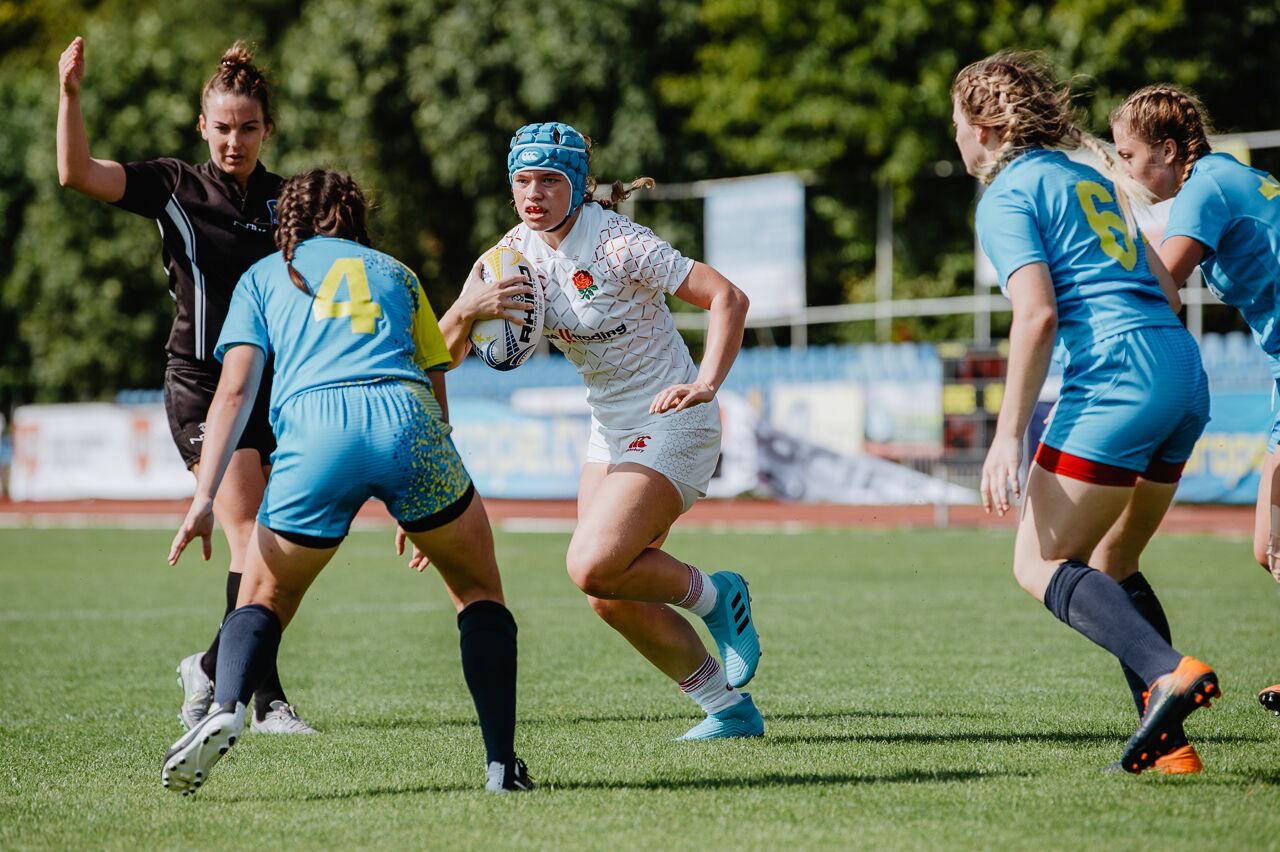 Despite having excelled in physical combat sport and representing Great Britain at the Deaflympics in 2017, there was no better sport for Ounsley than rugby 7s – and that wasn’t just because it’s included in the 2020 Olympic programme.

“Rugby was the natural sport to use all my attributes. It really suits me, and I love the fast-moving physicality of it as well as the close team camaraderie, friendships off the field and the aggression and physical battles on the field.

“I can’t imagine anything much more taxing on the body,” she added.

From being crowned Deaf Young Sports Personality of the year, to opening schools, Ounsley is quickly proving herself as a great role model.

When asked of her advice for other young deaf athletes, her words showed maturity beyond her years.

“Don’t be put off taking part in sport, there is always a way around communication issues,” she said.

“It helps to discuss communication methods with coaches and teammates early, suggest how they may help you understand. I have always found everyone more than willing to help and adapt a little to make it work. UK Deaf sport is a good contact for deaf sport. Most sports are represented and deaf athletes can gain confidence competing with others with similar issues.”

Ounsely admits that despite early worries, the support of the England 7s team has meant that she’s hit the ground running.

“I was a little nervous entering an elite level professional team with my disability. However, my teammates and support team have been amazingly supportive. They’ve made me feel welcome and help to overcome any issues. Getting paid to play and travel the world is a dream come true.” 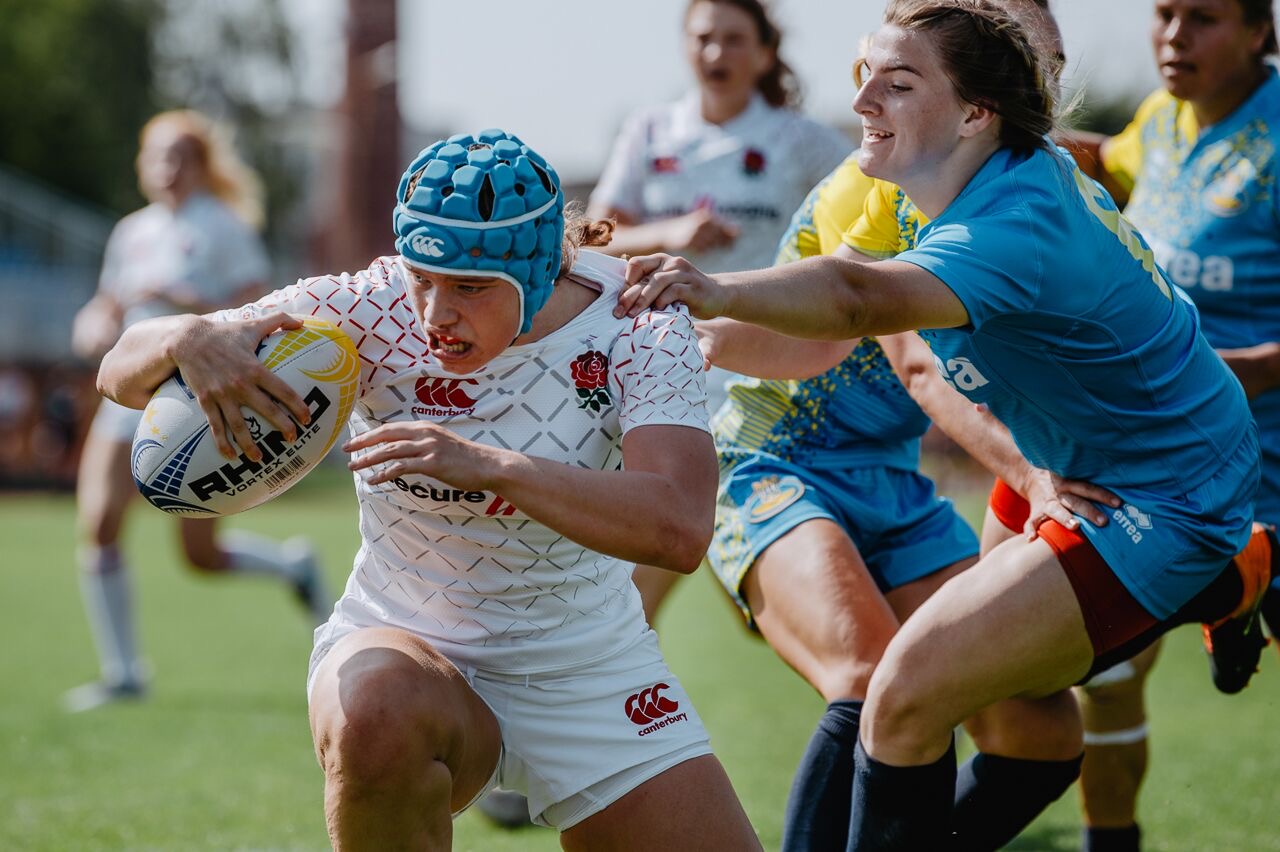 Back in December Ounsley attributed 2020 as a massive year for the squad. They had just qualified for the Olympic Games in Tokyo and had a host of international fixtures lined up. In March 2020 Ounsley was selected for the extended GB squad to compete for a place at the Olympics. Then, COVID-19 played havoc with the international rugby calendar.

However, Ounsley has not been idle in this time. Alongside her England 7s training, she organised an Ounsley 24hr Sportathon,  seeing her and the Ounsley family participating in a wide range of sports for 24 hours straight. She raised more than £4,600 for the Elizabeth Foundation, a charity that helps babies and preschool children with all degrees of hearing loss learn to listen & talk. It’s a cause close to her heart and Ounsley recently became a patron for the charity.

Ounsley has also been nominated in the Positive Role Model category at the National Diversity Awards, and with gyms being closed around the world she’s started a deaf-friendly workout YouTube channel.

Throughout it all, Ounsley’s dreams have remained the same.

“Everything I do each day is working towards my goals,” she said.

“Literally training, eating, sleeping and lots more training. I’m on a steep learning curve playing at this elite level. I aim to consolidate myself within the squad, learn from those around me and ultimately at some point play in the Olympics Games.”