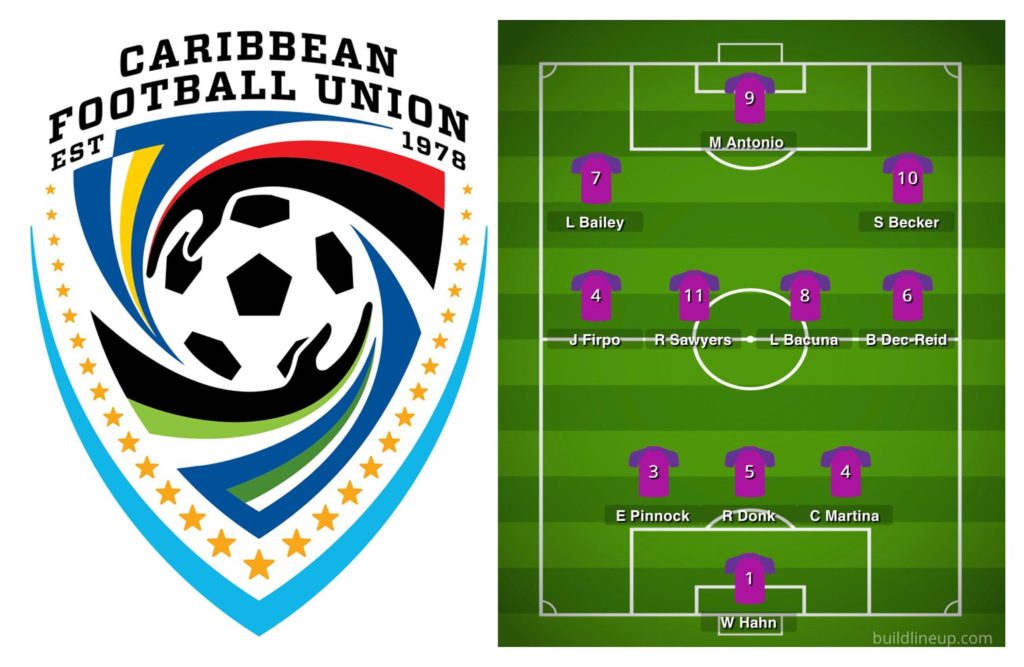 “Between now and the next (FIFA) window, we’re hoping to have several more top-quality players joining us from the UK and the US. That’s how the game is moving at the moment.”

Those words by former England international and Trinidad & Tobago coach Terry Fenwick perfectly summarized the thought process encapsulating Caribbean football teams currently in CONCACAF heading into Nations League, World Cup Qualifying and Gold Cup action from June 4 to August 1st. They are seeking to utilize heritage players from England, Netherlands, Spain and France to aid their quest of qualifying for the 2022 FIFA Qatar World Cup, a feat only three Caribbean teams in Haiti 1974, Jamaica 1998 and Trinidad & Tobago 2006 have accomplished.

As Fenwick noted while Jamaica’s British diaspora search caught the English media attention  –  however Suriname and Curaçao were doing similar in with Netherlands player , with Curaçao also bringing in world renowned coach Gus Hiddink. Dominican Republic commenced a major drive looking to Spain for players , Barbados had targeted 14 English born players , while the traditionally strong Haiti builds on with their strong base of French born players.

This massive Caribbean wide recruitment drive into Europe has been aided by FIFA last September updating and its requirements for players to switch nations.

However before looking at this European boosted  Caribbean fantasy XI, a dose of reality should be acknowledged. There is no actual appetite for the Caribbean Football Union (CFU) which is a sub association of CONCACAF to combine into one team as West Indies does in Cricket, despite it seeming obvious that merging their European recruited talents would make the team stronger on paper.

The main obstacle, unlike cricket where it’s just the English Caribbean nations that play together, is that CFU has 31 nations and the language barrier and cultural nuances of English, Dutch, French and Spanish. Such a combined team would make it the most complicated football team formed attempting to play in harmony since the former Yugoslavia team was disbanded.

So moving away from that reality check, let’s put on our fantasy hats and consider this European boosted Caribbean Football XI, where a lack of Haitian and Trinidad & Tobago players might result in me getting cursed out:

He joins fellow former Netherlands youth player Eloy Room from Curaçao and Jamaican Andre Blake. It’s splitting hairs to separate these three skill wise, so Hahn simply gets the nod in this fantasy XI because he is playing at a bigger European club compared to Room and Blake in Major League Soccer (MLS) teams.

Much has been made of 'the new Curacao' led by Guus Hiddink, but Cuco Martina has been there since the beginning.

I talked to the 🇨🇼 captain about the lofty goal of making the World Cup plus why #MLS is the free agent's dream destination.https://t.co/XXpxMakwiU

English football fans will remember Curaçao captain Cuco Martina from his time at Everton, Sunderland and Stoke City. Although he is currently unattached, his recruitment by Curaçao from the Netherlands which has seen the team improved significantly in recent years epitomizes well how Caribbean teams can challenge the CONCACAF giants more with European educated players involved in their setups.

The second Netherlands recruited Surinamese in this XI. Donk is a very experienced defender who is a key player for Turkish giants Galatasaray and brings great experience, solidity and passing skills into this Caribbean XI.

Fresh from playing his part in helping Brentford Football Club gain promotion to the Premier League, Pinnock is set to be a key player for Jamaica in this summer’s international tournaments and beyond.

He made his international debut versus the United States in March and that Leicester City’s Wes Morgan who played for the “Reggae Boyz” recently retired from professional football, if Pinnock could potentially fill his shoes, it will be a big coup for Jamaica.

For this Caribbean XI overall, he slots in perfectly on the left side in the three-man defense.

With no outstanding right-back in Caribbean teams, this position in the fantasy XI goes to Fulham and Jamaican international, Bobby Decordova-Reid.

Reid’s versatility to play this wing-back role for Fulham when they have used this formation this season, has got him public praise from coach Scott Parker. This is even more notable because Reid was Fulham’s leading goal scorer and is an attacking player.

Considering in reality he has played for Spain’s under-21, the new FIFA rules means in the Dominican Republic’s drive to bring in more players from Spain, he would be eligible if he wanted to play for his birth country. In this fantasy Caribbean XI, he slots in perfectly as the left-wingback.

"We have just got to help the family and keep strong as a national team."

Netherlands born Curaçao and Cardiff City midfielder Leandro Bacuna experience in English and European football sets him up perfectly to be the key midfielder in this Caribbean XI with his ability to both protect the defense drive forward to support the attack when needed.

Our @PFA Community Champion for the 2019/20 season is Romaine Sawyers! 👏

The award recognises Romaine's dedication to inspiring those within our community throughout the past year.

A key player for West Bromwich Albion in the 2019/20 championship season which led them to 2020/21 premier league promotion.

Although he wasn’t a regular when Sam Allardyce took over in West Brom’s eventual premier league relegated the Birmingham born Saint Kitts and Nevis international alongside Bacuna would create a solid midfield base to protect the Caribbean XI defense and platform for the attack to be unleashed.

Leon Bailey is undoubtedly the Jamaican “Reggae Boys” star player so naturally retains that position in this Caribbean XI as they take on the world. His exploits in Germany and Bayern Leverkusen is the most globally recognized success a Caribbean born player has had in Europe since Dwight Yorke was at Manchester United.

Sheraldo Becker is the second bundesliga representative in this XI and one of many exciting Dutch recruited players Suriname has brought into their side.

After having much of his 2020/21 season curtailed due to injury which kept him out for three months, the speedy and tricky winger came back just in time to help FC Union Berlin secure seventh position in the German top flight and the chance of playing European football next season.

The season so far has been one of our best as a team. Heads won’t drop after the weekend, we’re gonna keep chasing every ball, fighting every battle and pushing for the Ws. ⚒ #COYI pic.twitter.com/IqCBcclaCc

Word that Mikhail Antonio had committed to play for Jamaica dominated English football media headlines going into the March international break, although he wasn’t called up due to reportedly his passport not being ready.

By all indications, Antonio is set to join Jamaica for this summer’s CONCACAF Gold Cup while England are playing the European championship. So while his fellow West Ham team Declan Rice has said England has enough options to do without him  his presence in reality with Jamaica and this fantasy Caribbean XI boosts its quality immeasurably.

Legendary coach Guus Hiddink has been employed by Curaçao to get that nation to the World Cup similar to his work with South Korea in 2002 and Australia 2006. That international coaching experience alongside throughout European club football dealing with dressing rooms of different cultures and languages makes him the perfection coach for this Caribbean XI.