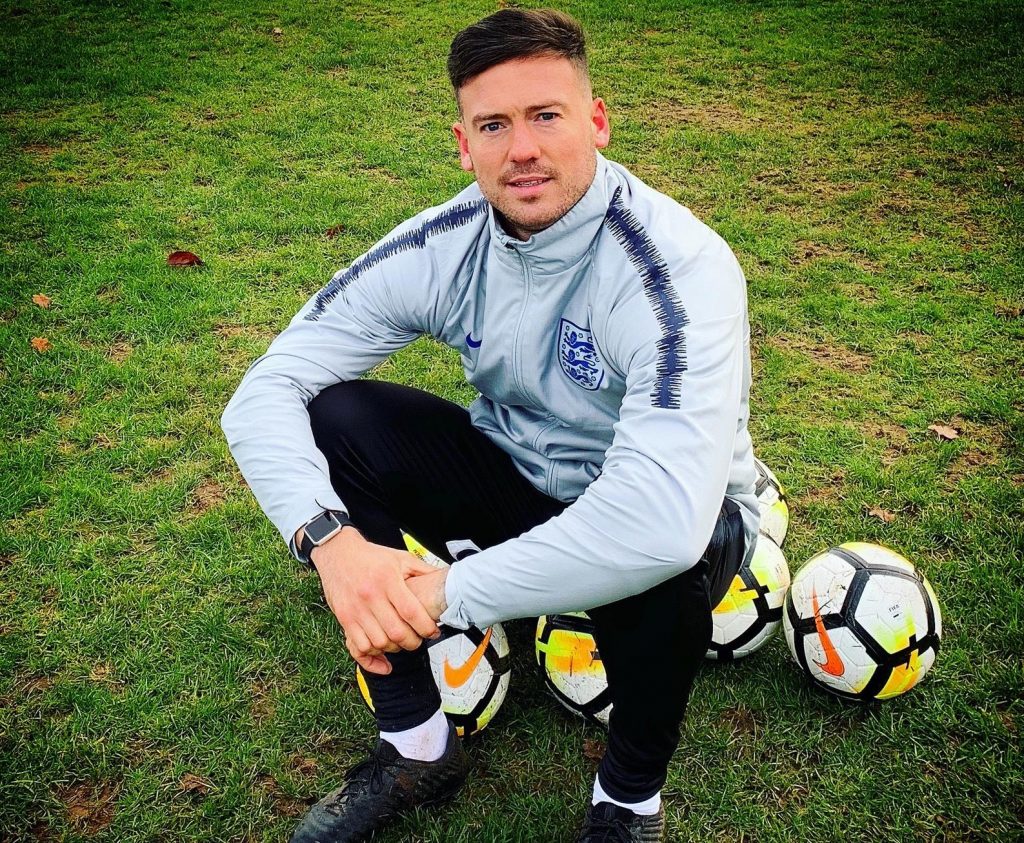 As I sit back and listen to Jack Rutter talk with pride and enthusiasm about his past, with drive and passion about the future, it is easy to forget that this is a man who has been to hell and back more than once in his life.

Rutter, 29, has an incredible, yet harrowing story.

A journey which began 11 years ago, with Rutter playing football for Birmingham City’s youth and reserve sides, on the verge of a first professional contract.

However, on a night out in March 2009, this all changed. Rutter was the victim of an unprovoked assault, leaving him with a fractured skull, brain damage and permanent deafness in his right ear.

“One of the biggest things to overcome was that I didn’t quite understand how severe the brain injury was,” explained Rutter. “It was obviously going to affect my balance and coordination, I understood that.

“But it was more about how it affected my fatigue levels, my emotional control, my memory and even my speech. That was what was really hard to grasp.”

Despite making impressive progress in his recovery, Rutter was forced to retire from professional football 18 months later due to the lasting physical effects of the attack.

“When you retire from professional football and you’re only 19 years old you lose your motivation, and then you lose your focus. And that’s what I did for a number of years,” he admitted.

“I was really worried. It was getting towards the end really where I thought am I going to be able to go on any longer with this because I was having really bad problems with my mental health.”

However, an opportunity arose for Rutter at the beginning of 2012 when he was introduced to Cerebral Palsy football – a 7-a-side game played on a smaller pitch, open to those with neurological disorders such as traumatic brain injury.

“Eventually the opportunity did come along and it was the best opportunity in the world,” Rutter said.

“I wanted to drive the sport forward and raise awareness for it so other people can follow you in getting involved in a sport that can potentially change their lives.”

Within 12 months Rutter was representing England. A remarkable turnaround and a just reward for the commitment and desire he had demonstrated to get to that stage.

“It wasn’t a normal trajectory to playing for your country so it made it extra special,” explained Rutter.

“Seeing your shirt hanging there for the first time with your name and number on the back, the three lions on the front of the chest, it’s just an overwhelming feeling. You can’t quite believe it’s happened.”

Rutter’s presence in CP football continued to grow over the next few years, leading England as captain at both the European and the World Championships.

He also wore the armband for Team GB’s CP football side at the 2016 Paralympic Games in Rio.

“I’m a natural leader, always have been so I thought this is what I want to do [captaining both sides],” explained Rutter.

“I captained England in European and World Championships which was incredible, but obviously captaining Great Britain at the Paralympics was the biggest achievement because it’s now the third biggest sporting event in the world.

“Fifteen thousand people at the stadium for two of the games, live on the TV, millions watching around the world, it’s just something extra special. It was absolutely incredible – experiences that have really made me feel so proud.”

Unfortunately, Rutter faced another monumental setback at the beginning of 2018.

Following a change to classification rules regarding the level of a player’s impairment, Rutter was deemed ineligible to continue playing CP football.

“It was extremely tough. We performed really well [at the 2017 CP World Championships] – finishing in fourth place, reaching the semi-final of a World Cup for the first time ever,” Rutter said.

“Then you get to the training camps in 2018, you’re buzzing, you’re ready to go, you’re feeling fit and then bang you’re hit with the news – sorry you don’t quite fit the criteria anymore under the new rules and you can’t play anymore.”

Standing once again in the face of adversity, Rutter was understandably devastated.

The very fact he was considered to be less impaired than some of the other players was testament to how well he had recovered.

In response, Rutter looked to use his previous experiences to help manage the disappointment of another cruel setback.

“All I did was I leant upon the experience of going through what I did before because apart from losing a loved one, nothing will ever hurt me or challenge me as much as losing my professional football dreams at 18/19 years old.” explained Rutter.

However, it wasn’t long before he was presented with a fresh opportunity to get back into the sport.

After being approached by the FA, Rutter decided to channel his energy and passion for football into a new discipline – coaching.

Remarkably, not only has he now progressed to head coach of England’s under-21 team CP team, he has also recently completed his UEFA A coaching licence.

“I didn’t think I’d enjoy coaching as much as I do now. Playing is unbelievable, it’s very difficult to rival that feeling, but when you put on a good training session and the lads learn something from it and then they do it in a game, it’s a very rewarding feeling,” said Rutter.

“It’s definitely given me a new focus, a new motivation.”

In addition to his burgeoning coaching career, Rutter is also an award-winning motivational speaker.

“My speeches are a massive part of my life. I had a psychologist say to me that he actually doesn’t believe it’s good for me because they force me to revisit my trauma, but I don’t agree with that whatsoever.”

“I do my speeches and I see a little kids face light up or even a 70-year-old bloke with a tear in his eye because that’s what I’ve managed to do to people, the impact I’ve managed to have on people. It just makes you so proud.”

However, Rutter is honest in his admission that the skill of speaking to thousands of people is one that didn’t initially come naturally or easily.

“When I first started I would be shaking like a leaf, reading off a piece of paper, red in the face, nervous and then now I’ve done speeches for the FA, UEFA, massive conferences, and all sorts of amazing opportunities because I was willing to step out of my comfort zone and do something that scares the majority of people,” said Rutter.

“Getting on stage and sharing your story – something so personal to you – is not easy.  But I’ve just managed to channel that emotion I feel, control it, make a living from it, and most importantly have an impact on people’s lives.”

So what does the future hold for the inspirational Rutter?

“I would love to be with the under-21’s for the England CP team for the foreseeable future,” he explained. “But now I’ve passed my UEFA A coaching licence I would love to work with the senior England team when I’m ready and the time’s right.

“It would be great to go back to major tournaments with them. I think I’d be the first person to do player, captain, coach – and that’s probably my main biggest goal.

One thing’s for sure, Jack Rutter is certainly someone who hasn’t let the setbacks in his life define him.

He echoes this very sentiment with one final comment.

“We only have one crack, why not give it your best shot. I have no regrets.”