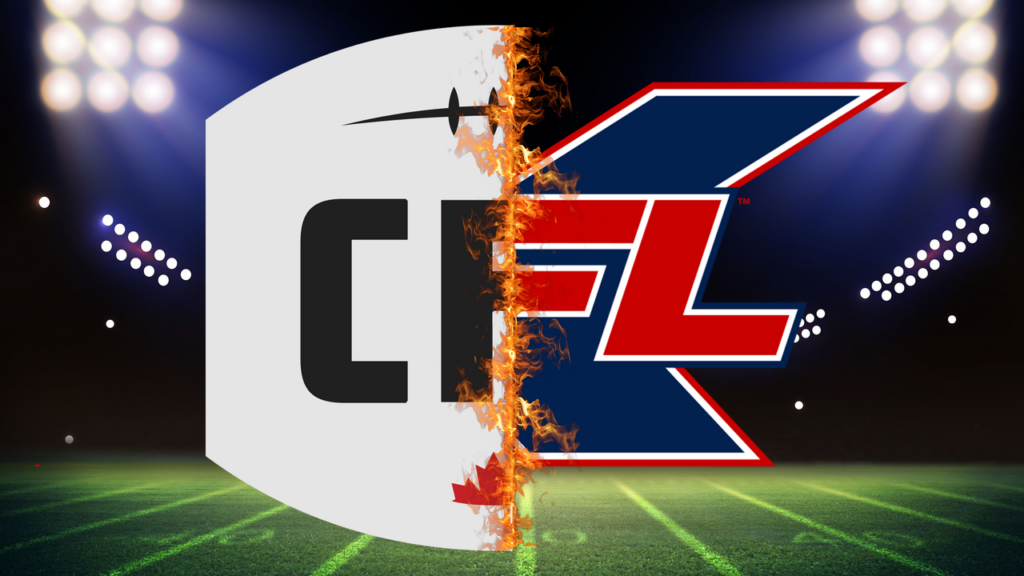 The American XFL and Canadian Football League (CFL) negotiations regarding a potential merger has sent online forums into a frothy mess, clinging to the idea that the CFL could collapse at any moment.

Whilst the NFL and other American sports leagues have been able to continue play without ‘butts in seats’, they are undeniably important for the CFL who make only a modest $4 million from TV deals with 50% of team revenue coming from ticket sales compared to billion-dollar TV deals across the border.

The same ill fate can be said for the XFL, who had to suspend operations and lay off staff halfway through their first season, only a month after cancelling the rest of the games due to covid-19 lockdowns.

The news and rumours of a potential merger between the historically proven CFL and revitalised XFL, could prove to provide valuable financial aid for the CFL and secure playtime for the XFL, having only played one and a half seasons since its creation over 20 years ago.

However, before everyone gets too excited, below is a list of five important things both the fans and the leagues themselves should consider whilst discussing the possibility of a league merger.

The CFL has spent the last few years preaching CFL 2.0 and why their brand of football can be embraced worldwide and find its place in the global sports landscape. Changing to four downs eliminates that immediately and sunders all the goodwill that the absolute diehards hold dear. It would change the game at a fundamental level.

At the same time, having the XFL adopt three-down ball will kill it in its cradle for most American fans who would reject it as too gimmicky to watch. There’s also an infrastructure problem as most XFL stadiums wouldn’t be able to accommodate a CFL field.

The history of the two leagues means this needs to be a “friends with benefits” merger and not a marriage. The CFL has 112 years of Grey Cup history to draw on while the XFL is a tarnished toy that has been handed down because the original owners didn’t want it anymore. Anything that ties financial failures between the leagues would be a complete disaster given the history of spring football in the U.S.

2. DO have player movement between leagues and talk about their accomplishments

Players currently under contract with either league should be able to sign with the other without affecting their status. This allows more opportunity for players of both leagues to showcase themselves to the NFL year-round, but also allows for the leagues to reduce their individual salary structure under the premise that players could play year-round if they choose to.

At the same time, this could also allow marquee players to negotiate higher deals with exclusivity clauses should they choose to only play for a single team. The largest hurdle in this strategy will be insurance for players who are injured in one league and the impact that has on their team in the other league.

Allowing players to play on both sides of the border year-round combines viewership as fans will follow their favourite players in the other league to become fans of their spring team.

As the XFL is a single entity that funds all teams. Territory isn’t really an issue as all fan dollars and revenues flow into one big pot.

The CFL having independent ownership are fiercely protective of their respective spaces. Putting an XFL team in a CFL city dilutes the football dollars available to either team. Putting a CFL team into American markets is a non-starter of course because of the ratio (more on that below).

The ratio is another part of what Canadians love about the CFL. The talent level of Canadians is growing every year and should be celebrated. However, those players often wouldn’t get the opportunity to shine in the CFL without the ratio which states that no more than 20 players on a CFL roster are American. The Canadian game needs to have a Canadian connection and the elimination of the ratio will have extremely adverse effects on grassroots football.

4. DO focus on combined TV contracts and made-for-tv events

Having both networks negotiating together offers mutual benefits when negotiating TV contracts. The ability to negotiate year-round football for networks relatively cheaply might find appeal in a crowded landscape.

The last XFL deal saw no rights money go to the league from ESPN and FOX, but it did guarantee those leagues would be on television every week. Exposure counts in an increasingly online world and in the past some new enterprises had to pay the networks for that exposure.

Fans in football often have a harder time connecting with their favourite players because they are rarely seen on TV without a helmet. Put together some sort of special that can run in between seasons where the players from both leagues come in and have some sort of skills competition. It doesn’t even have to be football related — just something that puts the players and personalities on display for the entertainment of the fans.

Imagine a show like Taskmaster featuring CFL Greats like Charleston Hughes, Derek Dennis, Mike Reilly and others. TV in the UK is littered with game shows, quiz shows, and other friendly competition type shows where the same 30-40 comedians make the rounds doing stupid, light-hearted appearances that keep them in the public eye.

5. and finally DO play on Friday nights…

…or at the very least avoid Sundays. There is far less competition in the weekly sporting landscape on Friday nights than there is on Sundays. Sundays are when once-weekly events happen.

Appealing to the party atmosphere both on TV and in-stadium on Friday nights will draw a younger demographic. The Friday night double header is one of the best things about the CFL right now, and the XFL should adopt the same strategy.

This does not need to be a death sentence for the CFL as all those who typically predict it are suggesting. It could be great exposure for the league and move the CFL forward towards a more complete product.