Standing at 309 metres high, with over 11,000 panes of glass and 95 floors, the Shard dominates the London skyline. Free climber George King scaled Europe’s fourth-largest building without the aid of safety equipment in July earlier this year.

His death-defying stunt took just 45 minutes to complete and briefly closed London Bridge station. The 20-year-old received a police caution after completing the climb but appeared at the High court on October 21st after breaking a court injunction whilst scaling the building. The judge, Mr Justice Murray sentenced King to 24 weeks in a young offenders institution.

Speaking exclusively to the Sports Gazette last week, King said he had always dreamt of climbing the shard.

“I was 13 years old when I first saw it from a school bus on an art trip and being a crazy dream at that age, I just thought one day I’m going to climb it. Six years along the line I made the decision to prepare for it and the rest is history.” 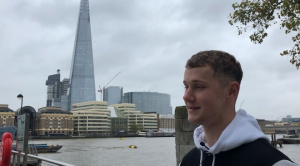 His audacious stunt took months of preparation with King visiting the Shard up to 200 times in order to collect information for the climb.

“It was a year in planning, it was half an half of infiltration planning and the climbing planning,” said King.

“I spent six months finding an entry point to get to where I could actually start the climb because the Shard is one of the most secure buildings in the world. I had to change my appearance often to avoid pattern recognition from the security so I wore suits some days, sometimes in sports gear.

“I would go and stretch on a panel to see how far it goes up my arm. Go back home, measure how much that is and that would be the mission of the day.” 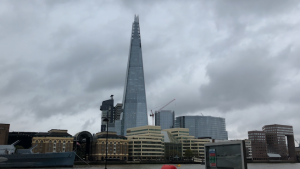 While the planning was key to the success of the climb, King had to ensure that he was in peak physical and mental condition in order to deal with the demands of scaling the 300-metre structure. The free climber used extreme training methods such as ice submersion to ensure that his body could deal with the pressure of the task.

“So, it allowed me to get more familiar with sensory overload so therefore I could control it more.”

Despite his meticulous planning, the Oxford-born climber ran into trouble just after he had passed the viewing platform on the 72nd floor. King was using a technique known as smearing to scale the building as there was no longer any footholds, this was what he noted as the most challenging part of the climb.

“For the first 15/20 metres of that it was completely fine, I had good traction but I saw something which I hadn’t planned for,” explained King. 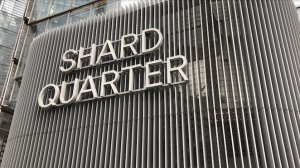 With only a few trusted friends in the know about the project, King kept the details under a cloak of secrecy. It wasn’t until the climb hit the mainstream media that his mum found out it was him who was climbing up the outside of the Shard.

“My mum heard it on Kiss radio, she knew something was up, so it didn’t come as a massive surprise to her.

“My family are generally quite proud but there are aspects of concern, but they know I am no fool with it. I approach everything in a calculated manner, my friends took no surprise, this is what I do and they kind of expected it,” said King.

One of the biggest twists in the story came shortly after King finished the climb. After expecting to find himself in the cells for 48 hours, the free climber was released by the police after just 30 minutes.

Although the 20-year-old will be spending the next 24 weeks serving his sentence, Britain’s own Evil Kneival hinted at similar projects abroad in the future.

From Suchin Tendulkar to Virat Kolee