Posted on 13 November 2018 by Timothy Hammersley

At just 19-years-old, Millie Knight has already risen to the top of her sport and boasts a medal cabinet that suggests a long and fruitful career lies ahead.

Having started skiing at the age of six — shortly after she lost her sight — Knight fell in love with the sport, regularly getting onto the slopes alongside her mother Susan. Knight lost her site after contracting an illness as a young child, and competes in class B2, a classification that sits between visually impaired and fully blind, skiing with a guide who stays within her field of vision at all times.

“It became a bit of an obsession, and then London 2012 came along and was sort of the pinnacle of my inspiration, and that’s when I knew I wanted to do skiing as a profession,” Knight told the Sports Gazette.

Knight’s passion for the sport quickly turned into a competitive reality, first joining up with Team GB at just 12-years-old.

Having won bronze medals in her first two competitive races aged just 13, Knight quickly progressed through the ranks, finding herself not only in the GB squad for the 2014 Winter Paralympic Games in Sochi, but the flag bearer at the opening ceremony.

Knight performed well in Sochi, placing fifth in both her events, a remarkable achievement aged just 15. Having competed against athletes who have consistently been at the top level of the sport for years, Knight took this in her stride.

She said: “We just take each race as it comes, train as hard as we can and make sure that we have no regrets.” 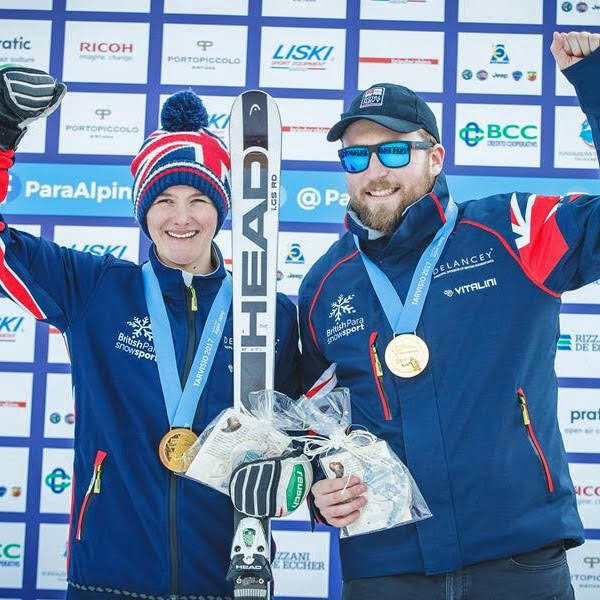 One of the keys to Knight’s success has been the relationship she has with her guide, Brett Wild. Wild skis alongside Millie in all competitions and remains within three metres of her at all times when going down the mountain.

On the role that Wild plays, Knight said: “Brett is vital, I couldn’t compete without him.

“We have Bluetooth headsets in our helmets and stay in communication all the way down the mountain. He will tell me what the terrain is like and what is coming up, and I’ll let him know if I can still see him or not.”

Wild’s role is vital to Millie in competition, and he emphasised how important the relationships are between skier and guide.

Wild said: “The relationships can take years to develop. Millie has now moved up to Stirling and we are training together every day in the gym. She’s coming round for Sunday dinner.”

The ‘off-snow’ aspect of the relationship is key according to Knight and can really help to develop that connection between skier and guide.

She explained: “The off-snow stuff we do is what really makes things work on the snow.” 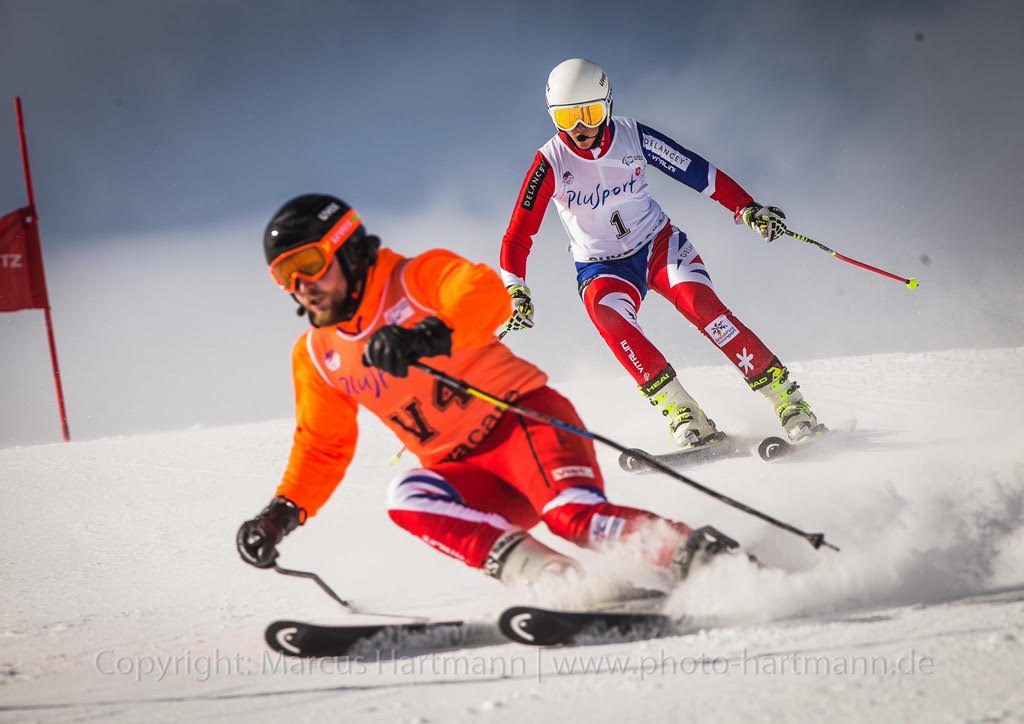 A further development that has boosted winter para-sport is, for the first time, the joining up of the para and able-bodied squads.

“It’s a really exciting move” Knight said. “It’s great to all be under one banner representing Team GB together.”

This move is coupled with an increasing drive for inclusivity and diversity in winter sports.

Knight praised the work of groups such as Disability Snow Sport UK, which has allowed people with a range of disabilities to get involved with winter sports.

The stronger links between the para and able-bodied squads has enabled them to pool resources, Knight said, and has allowed for investment to ensure greater diversity and representation in winter sports, and the continued success of athletes at the elite level, which is vital for the sports sustainability.

For winter sports in particular, there is a direct correlation between success and funding, with the number of medals achieved at Olympics or World Championships directly affecting the levels of funding from organisations like the Lottery and UK Sport.

“Since Sochi 2014 our funding has massively increased, and that’s allowed us to have things like sports psychologists and physios.

“Before Sochi we were sort of one man and a van, but with the success we’ve had, we’ve been able to make the sport really accessible.”

The move to join with the able- bodied team has allowed budgets and resources to be pooled and will only further drive the growth in infrastructure and accessibility for disabled people in winter sports.

Knight is now keen to build on the success of herself and others and create lasting legacies and Paralympic household names, and with her recent track record and the constant developments across the sport, one can’t help but think even greater success is waiting for her in the future.