It hits you the second you step foot on Hackney Marshes.

The wafts of freshly churned mud from a no-nonsense tackle, meandering up your nostrils and transporting you back to your youth. You’re an 11-year-old again, when nothing else mattered apart from football.

The days when you’d come home, school trousers ripped, or caked in mud from the lunchtime kick around. Get changed, and play all night until it got dark.

On the Marshes, you are that kid again. You can still imagine yourself as Michael Owen, or Sergio Aguero, or Gary Neville, if that’s more your thing.

It’s a crisp November morning at the Mecca of English football, the place you hear tales about, the spiritual home of the game. The feeling in the extremities is a distant memory, like the memories of the glorious summer just passed. Remember that? When the sun was shining, Gareth Southgate was the one, and football was coming home.

But the truth is, football never packed its bags and left. And it never will. Not from this part of London anyway. 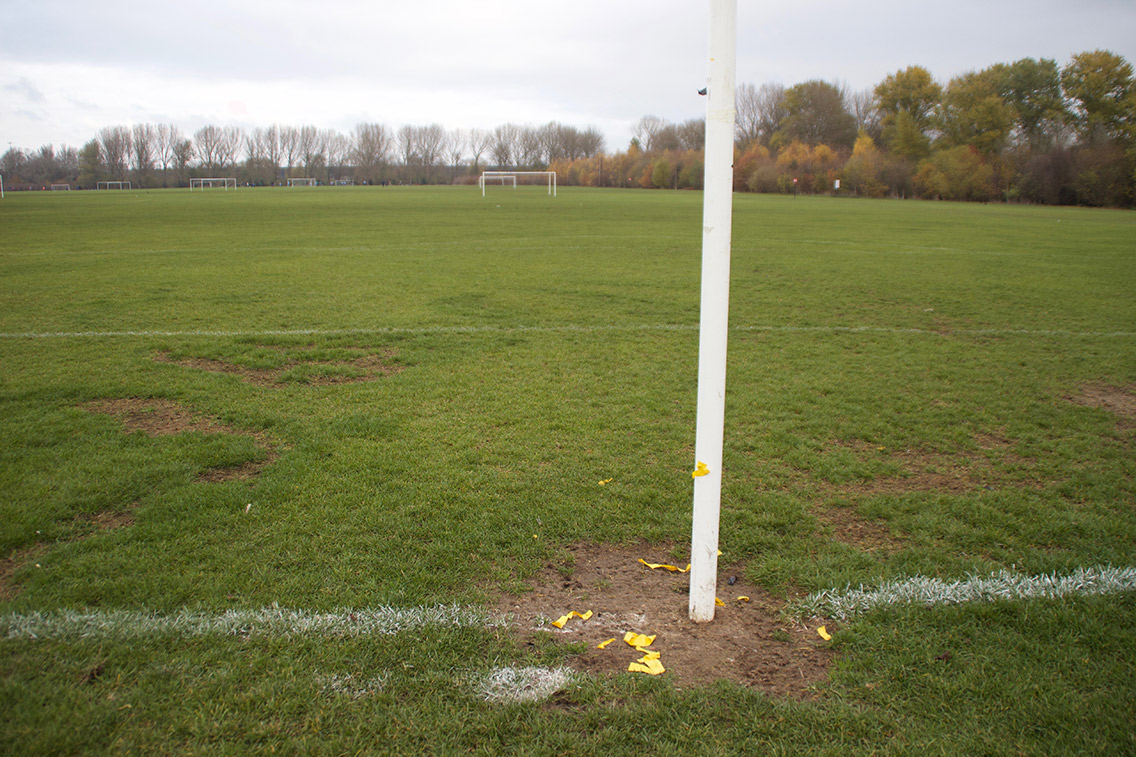 For as far as the eye can see, you’ve got games going on. From the sports centre at one end to the row of oak trees sprawling at the other. The Tangerines against the Blues, the Maroons against the Yellows, every colour imaginable. A symbolic metaphor perhaps, for the range of people from all different walks of life who make the sporting pilgrimage each week.

Goal nets back onto one another, touchlines are shared for adjacent pitches. Piles of bags, bikes and water bottles surround the action. This is the football you grew up loving, pure undiluted football, not the glorified soap opera we follow on our TV screens these days.

Standing in the middle of the action — where four pitches’ converge — it’s an attack of the senses.

“Concentrate lads, we’re still in this,” from another.

All the while a cacophony of whistles and cheers fill the air. You just don’t know where to look. You turn to look at the action behind and then hear celebrations from the game you’ve been watching for the last ten minutes. You see 20 goals, but none at the same time. It’s bedlam, controlled bedlam.

“You’re not gonna believe this,” a late arrival says to his side’s manager. “I’ve turned up to football and I’ve forgotten my boots.”

You don’t see many wingers gliding past people in walking shoes, but you do at Hackney Marshes. Or centre backs taking goal kicks, something that seemed to happen regularly in days gone by. It’s conventionally unconventional, but that’s all part of the appeal. 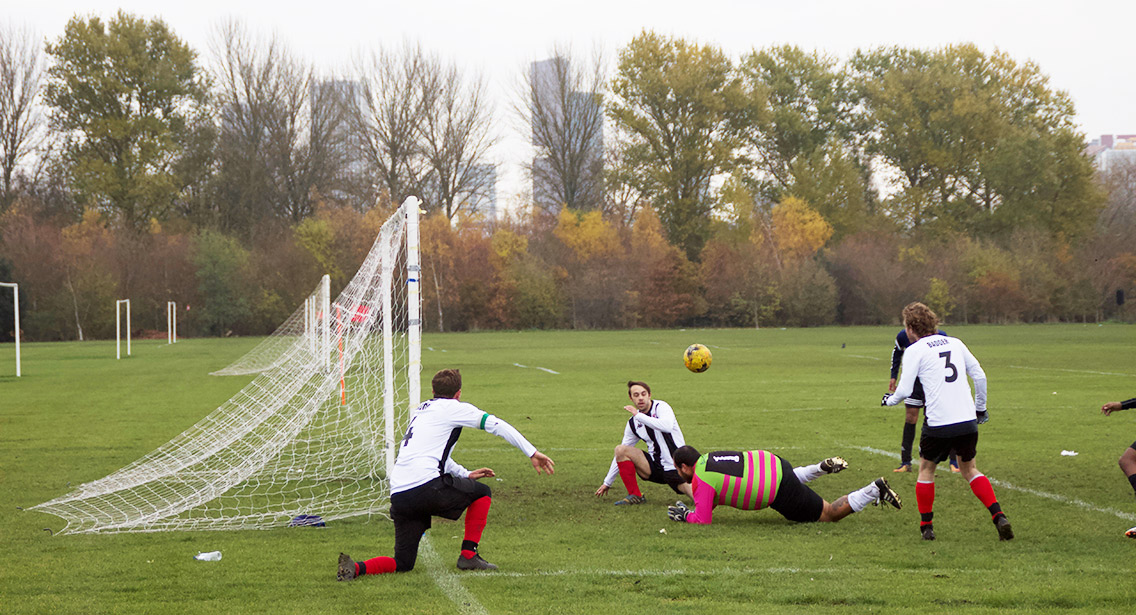 As the day goes by, and the matches are drawing to a close, the appeals and shouts get all the more desperate. One match within earshot sticks out from the rest, the shouts are louder, and more frequent, tempers are flaring.

Petrocub SG are trailing, with minutes to go. The tackles are flying in from both sides, it’s on the brink of blowing up, this one. Their attacks keep getting repelled and the seconds are ticking down.

One last attack. It’s in the box. Another tackle from the opposition comes in. Penalty. No. Nothing given from the man in black.

The coaches can’t believe it. They’re furious. So furious, in fact, four of them decide to storm the pitch to confront the ref and opposing players. It’s bedlam, uncontrolled bedlam.

They are finally ushered off the pitch, only for the final whistle to go seconds after. Petrocub have lost, and they aren’t taking it well.

The ref, the opposition, they’re all getting it. This isn’t in the spirit of the game, but it’s full frontal emotion, uncoiling right here and now.

Sport can do that to you, football can do that to you. It’s a battle to the end. Once you cross the white line, you give everything for the other people wearing your colour, whether it blue, yellow, or tangerine.

The fracas eventually simmers out, not without plenty of verbals exchanged.

“Keeper, I’ll remember you, yeah,” comes a shout as the two teams go their separate ways. His card is marked.

And with that parting shot, that’s that for another week. The corner flags are uprooted, the nets are taken down, just the goalposts remain.

And they’ll still be standing next weekend, and the next, when it all unfurls again. The goals, the mud, the beautiful game.