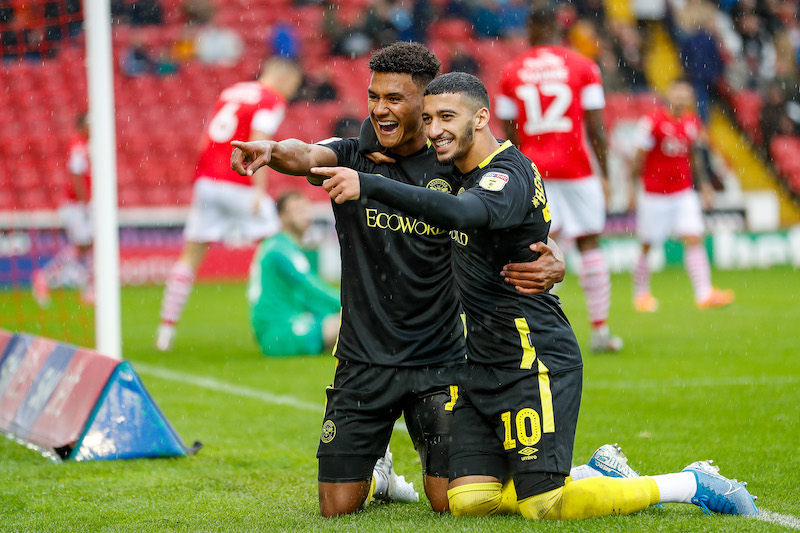 The West London derby between QPR and Brentford has been dubbed by some as the ‘friendliest’ derby in London. Fans from both sides would name Fulham and even Chelsea as bigger rivals. However, the battle that took place last night was anything but friendly.

A 94th minute brace by Ollie Watkins sent the 2482 visiting Brentford supporters into absolute pandemonium. It left a rather stale atmosphere around the rest of the stadium as the QPR fans filed out moaning curses under their breath.

The 3-1 victory for the Bees sent their team into 12th place in the Championship and allowed them to keep pace with the top of the pack. Unfortunately for Rangers fans, this was a missed opportunity of colossal proportions. A win for them would have sent them into second, one point back of leaders West Brom.

Having said that, the Championship season is a marathon not a sprint, and we should take a look at the Heroes and Zeros of tonight’s match, to get a better understanding of where both sides are at moving forward.

This one will come as no surprise, Watkins has been the Bees star talisman all season. His two goals increased his season’s tally up to 10 goals in 14 games in the Championship.

Ollie was able to show that he can hurt defenses in a number of different ways. He was dangerous in tight spaces, and showed strength and skill turning defenders for quick slap shots on goal. His combo play in and around the box created opportunities for the other attackers, Mbuemo and Benrahma. Most importantly, his movement in box is improving week by week. This was demonstrated by his first goal of the night, as he slashed deftly in front of the near post defender to nod in the opener.

Bees manager Thomas Frank emphasized that Watkins brings more to the table than just his goalscoring prowess, “Look how hard he works throughout the game, that is a massive thing for us. Pressing high, constantly chasing everything so we can push up… he is doing that very well.”

The only question mark for Ollie Watkins is how long Brentford will be able to fend off potential suitors, as brighter lights surely await this promising young striker.

For the Rangers, the standout performer by far was winger Ebere Eze. He can hurt defenses in a number of ways, with his guile on the ball and with his pinpoint services. Eze caused Brentford’s backline problems with both of these attributes. His service off set pieces was finding blue and white shirts time after time, and his assist in the 48thminute was seemingly inevitable. Although QPR seemed completely out of ideas, Eze was able to singlehandedly create opportunities for the Rangers, and looked the complete package on the attacking side of the ball. His assist now means he has six goals and four assists in 14 appearances. Similar to Watkins, Eze may have greener pastures in his future.

The fact of the matter is that QPR’s midfield was completely overrun. In the first half, the QPR forward Nahki Wells wasn’t able to find the ball and in large part this had to do with a complete lack of creativity from midfielders Geoff Cameron and Josh Scowen. The midfield duo were unable to spring the wide players into dangerous areas and their link up play consisted of slow predictable sideways passes to the outside backs on either side. Energy and urgency in a big derby game is paramount, and last night the QPR midfield did not turn up.

Zero #2: Lack of VAR in Championship

The big controversy of the match came in the 58th minute as Bryan Mbuemo was seemingly bundled over at the corner of the six-yard box. It was a tight call, but as the replays came in it was clear that Mbuemo made a meal of the challenge, flinging himself to the floor before any contact was made. Up until this point the game had been played on a knifes edge, and it was unclear who would take control of the match. But nonetheless Benrahma converted the penalty emphatically and QPR were unable to get a foothold back in the game.

Manager Mark Warburton lamented over the call, “Frustrated beyond belief to see a game changed in that manner over that type of call… I intently listen to Sean Dyches comments, if people are going to get rewarded they will keep doing that… I think VAR overturns that 100 percent.”

With such gargantuan financial incentives associated with promotion to the Premier League, every point and every game truly matters in the Championship. VAR may very well make its way into the Championship eventually, but yesterdays match was a reminder of how unforgiving the sport can be.

Benjamin Chapal
Ben is a sports journalist reporting for the Sports Gazette. He is a lifelong fan of the game of football, and is an avid supporter of Arsenal FC. Other areas of interest include Basketball and American Football. Hailing from Asheville, North Carolina in the USA, he now lives in London to be immersed in the heart of the game he loves. He is the section editor for American Sports on the Sports Gazette. Tweet him @BChap12 about anything sport related. 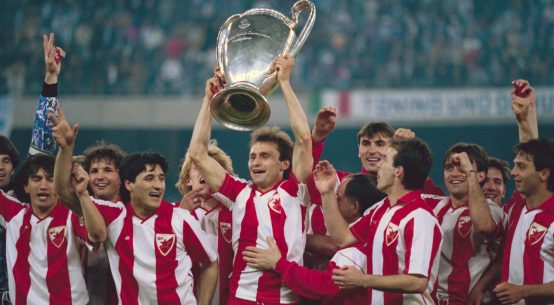 Vujadin Savić: “My father scored against Arsenal 30 years ago. History could repeat itself.”