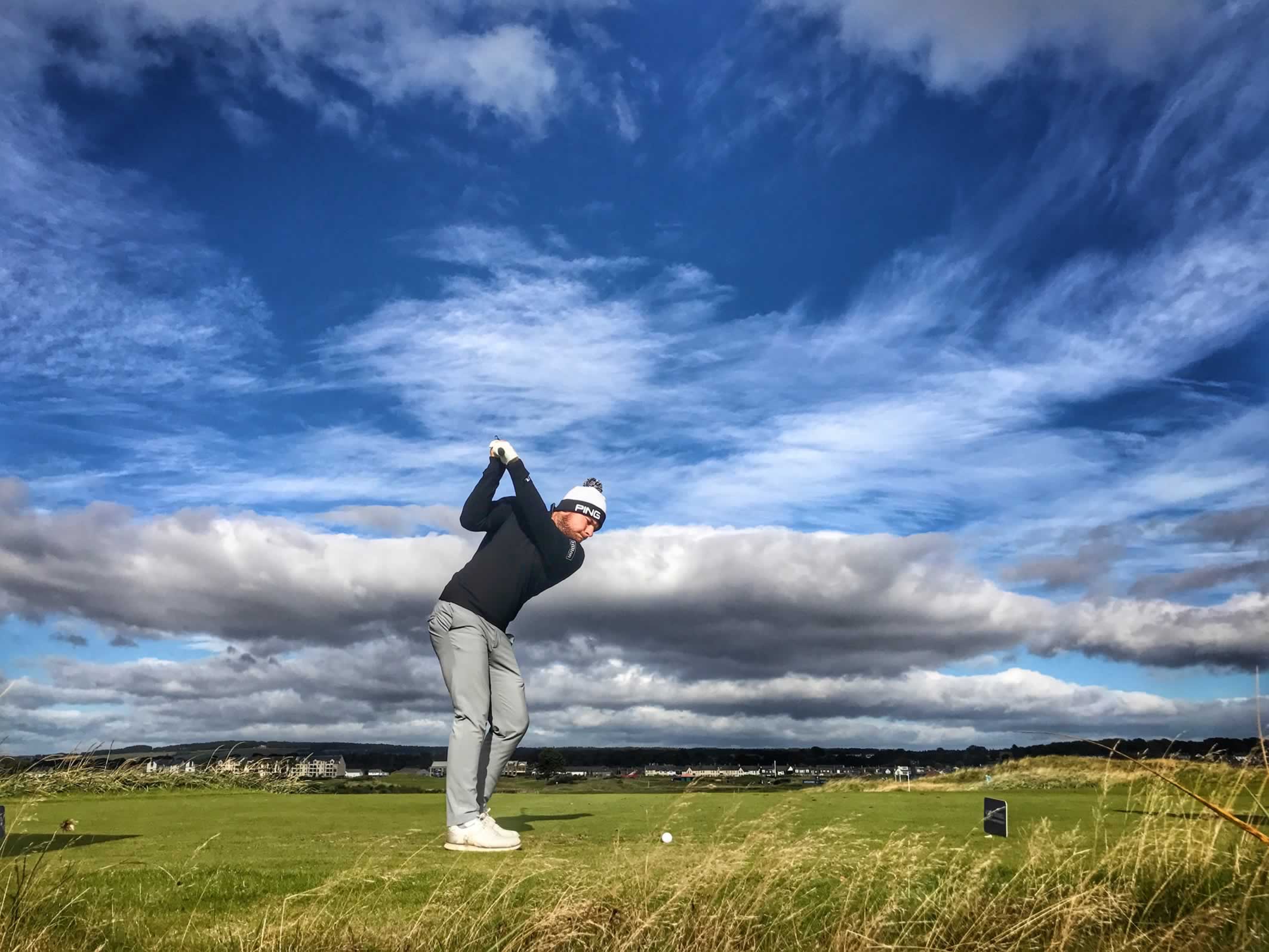 For Tyrrell Hatton his rise into one of the finest golfers on the planet has not been without its drawbacks.

Frequently his temperament has been called into question following an outburst or the banging of a club into the ground after a poor shot.

But what does the man himself have to say about his critics?

“I don’t really give it much thought if I’m honest,” he said. “I play golf the way I play it and all I’m trying to do is play the best I can.

“Other people’s views can’t affect the results so I don’t spend much time thinking about it.”

This approach seems to be working wonders for Hatton as he turned what was a disappointing year around – winning both the Italian Open and the Alfred Dunhill Links Championship at the Old Course in St Andrews.

Having finished with a career best place of tied fifth at the Open in 2016, Hatton admits he is disappointed with how he has performed at the major tournaments this year.

“I found myself in a little rut and I struggled to get it going,” he said. “It would have been nice to be a lot more competitive in the majors, yes, but it’s the way this game can be sometimes.

“I had to make some changes and luckily it worked. It’s nice to hit a lot of good shots again after a pretty tough middle part of the year so hopefully I can take some of that form into the majors next year.”

It is impossible to talk about the 2018 golf season without bringing up the Ryder Cup, and the significance of the next nine months is not lost on Hatton.

After his successes in this latter part of 2017, Hatton sits second on both the European and World points list for qualification for the event in Paris next September.

If maintained, this position would qualify him automatically for his first crack at golf’s showpiece event.

“It’s always good to play in golf’s biggest tournaments,” he continued. “And that [the Ryder Cup] is one of the biggest for sure.”

Hatton, who lists former victorious Ryder Cup captain Colin Montgomerie as one of his childhood heroes, believes there is enough talent in the European ranks to regain the trophy from the Americans.

“With so many good players in Europe who are ranked highly in the world rankings, there is no reason at all why they can’t go ahead and win it – I think the chances are very high.”

“Playing in that and representing Europe would be an honour and something to look forward to as well.”

Hatton is the first to acknowledge that that particular dream remains a long way off, and for someone still relatively new to the professional game – 2017 has been his fifth year as a professional golfer – he is still relishing his chosen career path.

“Amateur golf is a little different as it is a very team based environment a lot of which is good fun,” he admits. “Do I prefer being a pro though – yes definitely. I like doing things my own way a lot of the time.

“At the same time, there is a nice balance of team environments as well such as the Ryder Cup. But overall, being a pro and seeing the world is what I want to do.”

Hatton maintains that preparation and planning are key to making a successful transition from being an amateur to a professional, as well as finding the time to switch off and relax.

“Planning a balanced schedule is really important so you don’t overdo it on the course,” he said. “I like to see the physio everyday before I play to make sure my body is in decent shape to play and then off the course I like spending time on the XBox or on my new pool table at home.”

In fact, its a relaxed atmosphere on the course that Hatton has credited for his upturn in form after a disappointing summer. This, he maintains, is down to long term friend Jonathan Bell joining his team as his caddy.

“Jonathan and I have been friends for a very long time,” he begins. “He knows my game so well and since he has been on the bag we have had some really good results.

“He keeps things light on the course which is good and I’m happy he is going to be with me full time next year. I get frustrated at times but all I can do is try and get back on track by the next shot.

“Jonathan was a fantastic golfer himself especially when he was in the England Elite squad. Breaking his arm in an arm wrestle with Tommy Fleetwood didn’t help things going forward though for his own game but I think he is enjoying himself at the moment on the bag.”

With Bell on board full time and carrying a bit of momentum into the new year, 2018 could be a real coming-of-age year for Hatton.

Things are looking bright for this talented young golfer, but he is keeping his feet firmly on the ground.

“I’m going to be playing a heavier schedule on the PGA Tour next year which is exciting, so let’s see how all that goes going forward.

“All I want to do is keep playing as good as I can and see where the results take me.”

Matthew Horsman
Matt, 23, hails from the Scottish capital of Edinburgh. After 18 years, and a high school career littered with mediocre sporting achievements, Matt set off for the sunny shores of Cape Town to live and work for a year at Wynberg Boys' High School. It was here that comparisons between South African sporting cultures and ones closer to home ignited a passion in him for a career in sports journalism. Since then Matt has graduated with a degree in English Literature from the University of Glasgow, and is now studying a Masters in sports journalism at St. Mary's. He became heavily involved with the University Rugby Club in Glasgow and progressed through the ranks holding various committee positions alongside a prominent role in the club's 1st XV. In his final year Matt was elected as the club's chairman. In his final two years in Glasgow Matt began to seek experience in the field of sports journalism and has written articles for online publications such as InTheLoose and Global Rugby Network that culminated in a fortnightly column for SCRUM magazine. Despite the majority of his experience coming in the field of rugby journalism, Matt has a passion for many other sports, ranging from cricket all the way to the NBA. His first and most passionate love was for Heart of Midlothian football club, and after 17 years as a season ticket holder Matt feels grateful for the harrowing lessons he has learned along the way of the fleeting highs and gut-wrenching lows of modern sport. Away from sport Matt is a keen musician and a four-time World Bagpipe Champion, although now he has moved down south he feels safe enough to admit that he is far from the stereotypical Scotsman. He was raised to support the English in rugby and cricket by his father who, it seems, turned to desperate measures in his search for a sporting ally north of the border. 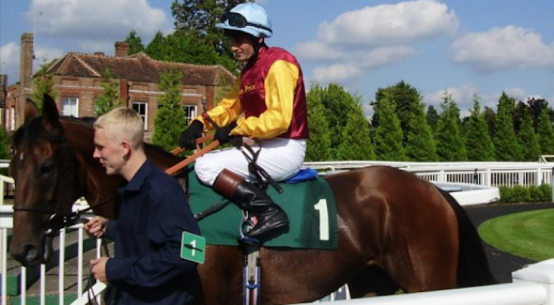 “Jockeys go through what a boxer does every day”: Dominic Toole on the hard life of jockeys 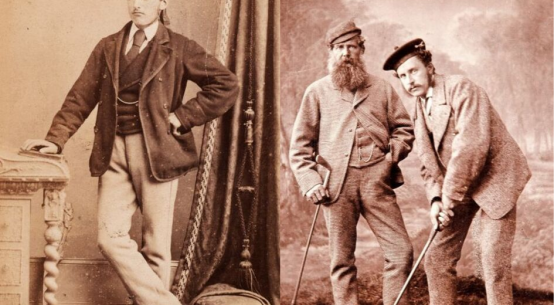