Skip to content
You are here
Home > Other Sports > Cycling > Meet Tina Cockhill: 50 years old and cycling for Great Britain 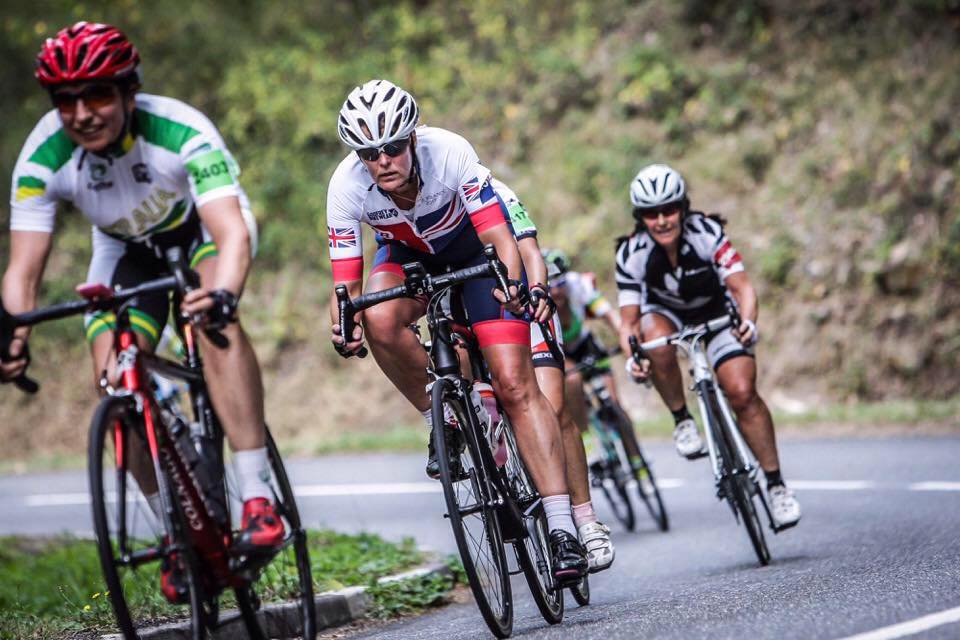 The prospect of representing Great Britain in a given sport seems illusory for the vast majority of people, especially once one’s teenage years or early twenties are over.

However, cycling provides those who thought the prospects of achieving such an honour were long past with a special opportunity.

The UCI (Union Cycliste Internationale) holds annual qualifying races in which hopefuls of any age and gender can participate. Age categories for people in their athletic primes in their twenties and thirties are given an opportunity to qualify as are people aged 45-50, 50-55 and so on all the way to over 75s. The UCI even introduced a category of 100 and above for one competitor.

Each age category has a male and female division and all of these hopefuls will compete in an 80 mile time trial qualifying race which, this year, will be held in Cambridgeshire in June. Many roads will close down on the day to facilitate the thousands of riders. It is the only race in Britain that commands such concessions from the public.

Those that finish in the top 25% fastest riders advance to represent Great Britain in their category in the annual UCI Gran Fondo World Championships which this year will be in Varese, Italy.

As she prepare for June’s Cambridgeshire qualifying, I spoke to Tina whose respective journey to the brink of international sport is just as inspiring as it is improbable.

Tina has shown that not only is it possible to represent Great Britain in sport as physically demanding, competitive and skillful as cycling but it can be done in an extraordinarily short space of time.

“It all started with a new year’s resolution,” said Tina, who runs her own business as a physiotherapist in Hertfordshire. It was a mere three years ago that Tina started cycling. “I just set a goal. I have a need for speed and you are never too old to do things like this but you do have to realise your limitations.”

It turned out that Tina’s limitations were, for a time, extremely serious and debilitating not only to her ability to cycle but to her life. “Two years ago I had a heart condition so serious that I couldn’t even climb a flight of stairs.”

That significant issue passed and she was back on the bike although there was at no point a master plan to represent Britain. “My friends thought I was crazy but life is not a rehearsal. You have to grab it or it will pass you by.”

She began to train again. “I was surprised to manage a 60 mile ride then I managed 100.” 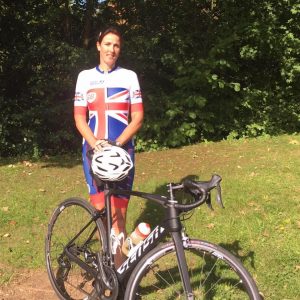 Then, last summer she entered into her first ever official race which comprised of 3000 racers in her 45 to 50 age group from all over the world. The race took place in the 38 degree heat of Italy and she barely prepared for the heat or the racing element.

“I was racing alongside a friend so I actually slowed down for a time in the race to ride alongside her,” she said. “But I ended up finishing 55th and that was enough to qualify for Great Britain in my age group.”

Having been one of the oldest competitors in the 45-50 category she now moves up to the 50-55 age group. “My next goal is to finish in the top 30 in the world in my age group.” This summer will give her the chance to do so.

Tina’s rapid rise is inspiring and is a wholly tangible goal for anyone regardless of their age and circumstances. “I started slowly, nothing crazy just once a week fitting it around work. Anybody can train with a bit of dedication. I’m not obsessed.”

“The UCI introduced a category for one man aged over 100,” said Tina. “A man at my club is 83 and he qualified for Britain in his age group.

“More and more women around my age are getting out on their bikes and you can reach a higher level than you could ever imagine. Just set a goal at the beginning of the year and see where you get to.” 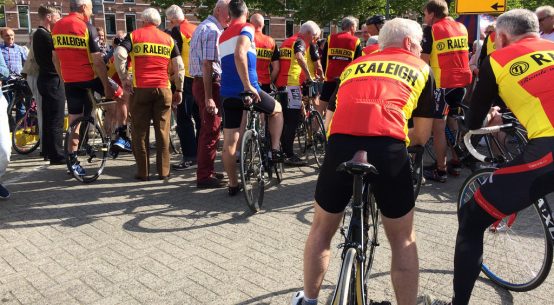 Interview with Laurie Morgan about his passion for retro cycling 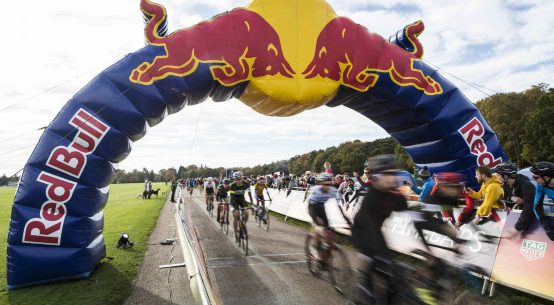