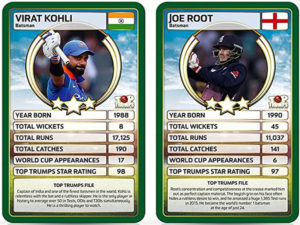 Pale, doughty English toil in the dust as India level the series, roared on by a home crowd gleeful at being allowed to see any cricket all, let alone such a confidence-restoring demolition job.

English pundits engage in competitive outrage: it’s a bad pitch (Michael Vaughan); it’s an unfair pitch (Simon Hughes); it’s not even a pitch at all (David Lloyd). How dare those cunning Indians, who have all the money anyway.

Indian fandom, no longer accustomed to losing and long since co-opted by the politically savvy, sees enemies of the state everywhere. Every mention of a ball taking a chunk out of the surface is an attempt to wound national pride.

It is no longer enough to hold your opinion on its own merits. No, one must claim to be going against the grain, to be the voice of the downtrodden and ignored, to be bravely saying what no one-else dare. Welcome to Persecution Top Trumps.

There are very real questions about the double-standard applied to spinning pitches. There are fine words written and to be written still about the role played by English and Australian domination of cricket’s first century, underpinned by and underpinning the death knell of Empire, in setting the global paradigm of ‘what a pitch should be’.

Words matter. Journalist Melinda Farrell raised on Twitter the apt question of why we call turning pitches and no other type ‘rank’, a word best said with a sneer and more readily associated with the contents of a too-long-neglected compost bin.

Putting aside this specific pitch, I’m wondering if language plays a part in preconceptions. The term *rank* turner is common. Is there an equivalent negative adjective used for pitches that seam excessively, are flat to the point of being a road or are extremely quick or bouncy?

But those questions cannot honestly be posed by India and England partisans purporting to be persecuted.

For apologists for cricket’s richest and second most powerful nations, who get a whole serengeti’s worth of lions’ share of the game’s money – India alone get two-and-a-half times more ICC funding than the game’s 93 poorest nations put together – to claim victimhood is pathetic.

No – it’s far worse than that. Pathetic implies that we should be sad on their behalf. It is enraging, it is disingenuous, and takes cricket fans for fools.

Women’s cricket seems barely a blip on the radar for many nations, let alone the priority we were promised it would be, as boards use COVID as a catch-all excuse to cancel tours and cut funding.

At the risk of invoking The Life Of Brian – “We should be struggling together!” “We are!” – there are many fights worth having, many truths to be screamed in the face of power, and many actually unheard voices to be amplified. Prickly India and England hyper-partisans cannot honestly answer to this description.

Mercifully, the players and management on both sides have risen above the nonsense.

Joe Root did not ignore the pitch, commenting on its structural integrity like a newly engaged builder whistling at their predecessor’s shoddy work, but steadfastly refused to blame it for his side’s loss despite more than one open invitation to do so.

Rohit Sharma meanwhile could not hide his annoyance that in the run-up to the third Test, he was still being asked questions about the pitch for the second.

But outside of this small group of grown-ups, partisans of the powerful compete for who is most put-upon and the news cycle is consumed by blue-tick flame wars. Thus, cricket continues to fight the wrong fights, and lose the ones that actually matter.