Skip to content
You are here
Home > American Sports > American Football > “It felt good to have those apologies”: Gay college football player Darrion McAlister on opening up to teammates, the reaction to coming out and playing football as an openly gay man 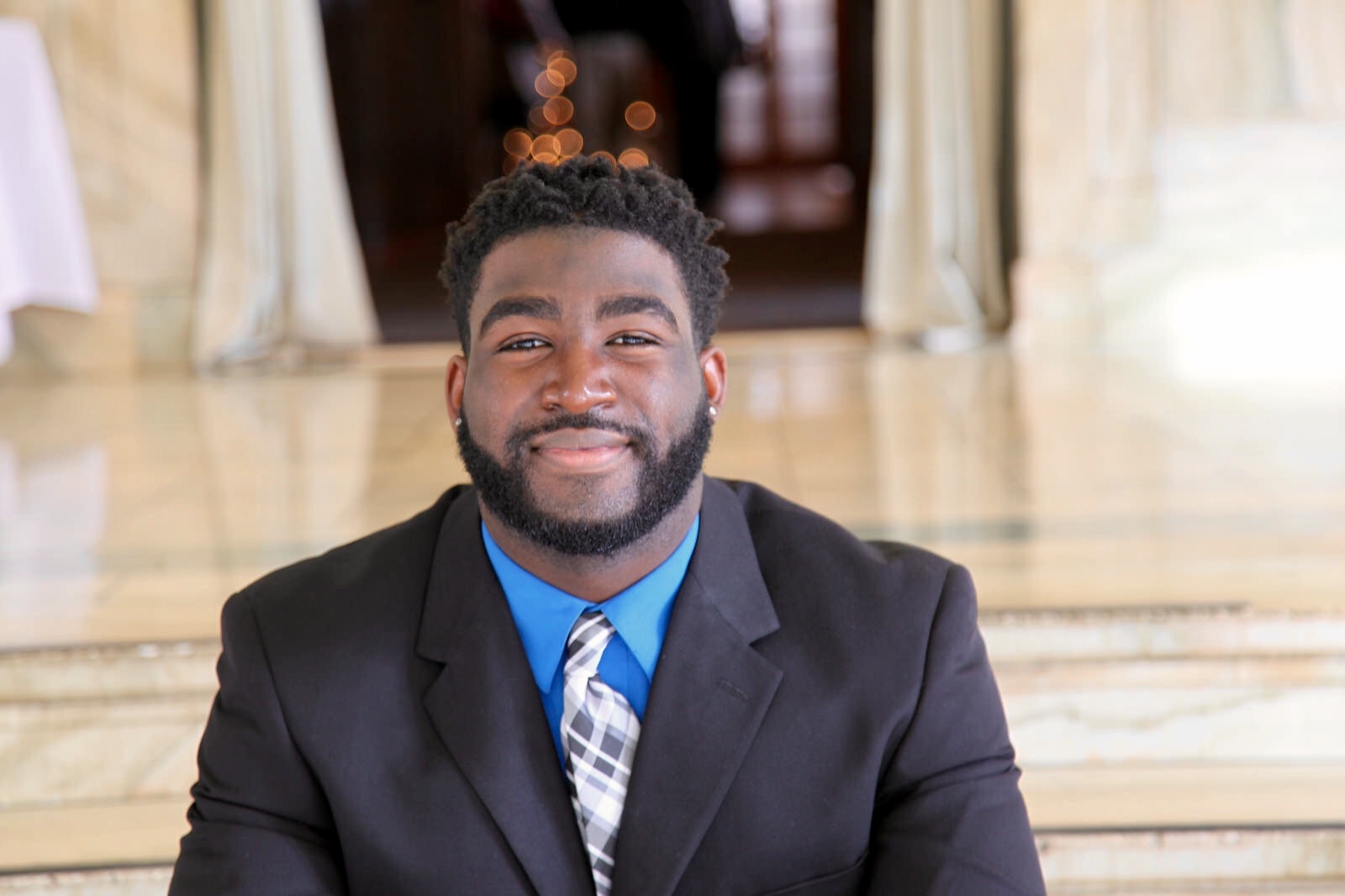 Any individual struggling with their own sexuality faces a number of challenges.

Firstly accepting yourself for who you are and then secondly deciding what to do once you have arrived at this decision.

So imagine having to contemplate all of this, and then having to worry about whether your own teammates will accept you for who you are.

Well, that is the situation that faced Darrion McAlister.

McAlister plays centre for Marian University in Indianapolis, and was named second team AFCA-NAIA All-America for the 2017 season. 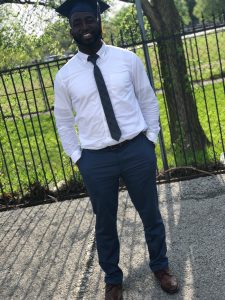 McAlister came out in February 2017, and said that before being able to do so, he had to truly accept himself.

He said: “Being LGBTQ is a hard thing to accept for many people.

“When I came out last February, I had reached a point in my life where I really accepted who I was – a gay male.

“I felt like I had been living a lie, simply because I was gay and did not know how others would take it. For me, it was time for my family, friends, coaches, teammates, etc. to know who about this part of me that I had been hiding for so long.

“That was a huge reason why I decided to come out when I did.”

McAlister came out to three of his closest friends – one of whom was a fellow football player – during a game of ‘Never Have I Ever’, but the first person he told about his sexuality was an opposing player.

Kyle Kurdziolek, a linebacker from Illinois, happened to be someone that McAlister was blocking for Marian one week.

Following that game, they reconnected and at some point, Kurdziolek told McAlister he was gay.

McAlister’s response? “So am I.”

The locker-room culture in American football towards gay men was something that worried McAlister before he came out, but ultimately surprised him.

He said: “I was in the locker-room the day before my article was released and somehow a few of the guys had found out the article was about a teammate being gay.

“I was at my locker and the guys were in front of the locker room, but I heard them say things like, ‘I don’t want a faggot on my team,’ ‘why would I want a guy in here that’s going to be looking at my dick while I shower,’ and ‘hell no, I don’t want a gay dude on my team.’

“Two other teammates that were over on their side of the lockers came over to me and said, ‘Darrion, if there was a gay guy on the team who do you think it would be?’ I told these two guys it was me, and they both congratulated me, and one gave me a hug.

“After that, I left and walked to class. I’m assuming these two guys said something to the other guys who were making homophobic remarks because two of the guys texted me apologising, saying that they would never disrespect me for being gay, and reminding me that we’re teammates and always going to be bro’s.

“It felt good to have those two apologies.”

Social media can be a harsh place sometimes.

Whether it be ‘trolling’ or individuals expressing their skewed opinions, stories such as McAlister’s can often attract a lot of negative attention.

And as a result, McAlister took steps to avoid the internet after posting his story.

He said: “The day I posted the article on my Facebook and Twitter pages, I put my phone on ‘do not disturb’ because I still was afraid of what the response from the world would be.

“I remember coming back to my phone a few hours later and having like 40 or 50 messages from my friends and teammate saying they loved me, telling me how courageous I am for doing what I did and reinforcing me that they have my back even if nobody else does.

“I still have some of those texts from my teammates to this day.

“As for my coaches, they all called me to say the same. Telling me how happy they are I get to be myself, congratulating me, and then informing me that if there is any backlash from players to come to them and it will be resolved immediately.

“I reassured them that a lot of the players had already texted me, and that I didn’t think there would be any problems.”

An obvious fear for an athlete deliberating on their sexuality whilst also competing in a team sport, is that they might be treated differently by their teammates because of their admission.

Whether that be in the changing room or socially, the team spirit involved in college football – and team sports in general – is seen as vital for success; creating solidarity between teammates often helps players perform collectively beyond their individual capabilities.

So, did McAlister think that coming out affected his relationship with his teammates?

“Honestly, no. My teammates didn’t treat me any differently,” he said. “We still showered together would go to the bathroom together, laid in the same bed together, they would even make gay jokes and references towards me (all in good taste of course).

“They never made me feel awkward, nor uncomfortable, nor insecure about my sexuality. If anything, I think it made me closer to all the guys on the team.

“They would ask about the guys in my life, try to set me up with their gay friends, inquire about my past in the closet, and more.

“Our football coaches preach about how we need to be a family on and off the field. We’re all brothers that have each other’s backs no matter what, and that’s exactly what my brothers did.”

McAlister’s decision to come out brought some obvious attention.

He was interviewed by numerous media outlets and his story was told all across the USA.

And with this newfound attention comes the possibility of being a crutch for other like minded people who may also be considering whether or not to come out.

Although no football players have approached him directly, McAlister has admitted that fellow university students have asked for his help regarding their own coming out.

He said: “I have had one other athlete from my university and a few classmates approach me.

“I always tell them to take it slow; to come out when they’re ready. I let them know it’s easier than their mind makes it out to be, and that there’s power in telling their story.

“Once you’ve told one person it gets easier to tell the next.”

Rumours about the sexuality of various NFL players are regularly bandied about on social media, yet with no real substance behind them.

But with the vast array of personalities in the league, McAlister believes there are definitely other gay players in the NFL.

He said: “I do believe there are more gay football players, and athletes in general that are afraid of coming out because of the impact it will have on their career.

“To them, I would say: ‘who cares!’ If you’re gay, straight, whatever, and you’re good at your sport then they’ll see your talent and sexuality won’t be a barrier.

“Knowing how the world is, it isn’t that simple so it’s understandable why they would be afraid of coming out.”

The perception of American football as a hard-hitting, bone-crunching sport is often in direct juxtaposition to the stereotypical misconception of the gay male that is often held throughout society.

And this contrast is something that McAlister believes is a key stumbling block when it comes to more players coming out.

He said: “I do believe there is a stigma attached to being gay in sports, especially football. There’s a stigma that you have to be dominant, aggressive, and that if you’re gay then you can’t be those things.

“The truth of the matter is that sexuality has nothing to do with one’s ability to be great in a sport.”

It is difficult to comprehend the emotional struggles that McAlister has had to endure during the process of coming out and the reaction to it.

The support shown in the locker-room, by his teammates and coaches should provide encouragement to everyone in the wider LGBT community – in sport or not – and especially those people who are considering coming out. 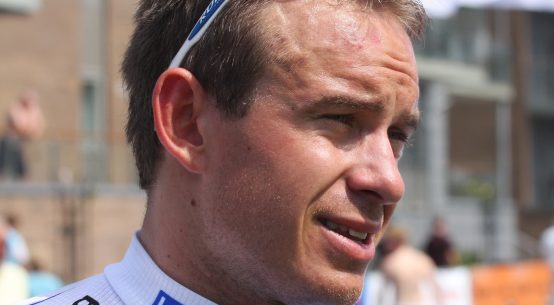 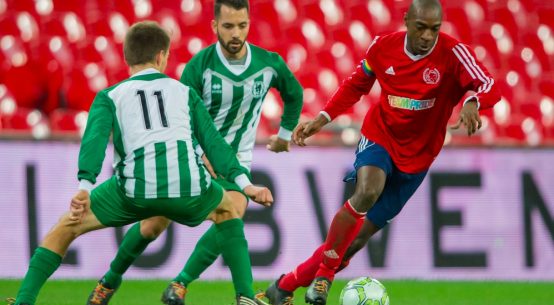