Skip to content
You are here
Home > Features > “It just makes life so much easier”: Chris Adcock on playing doubles as husband and wife, funding cuts, a love of dogs and going for Commonwealth gold 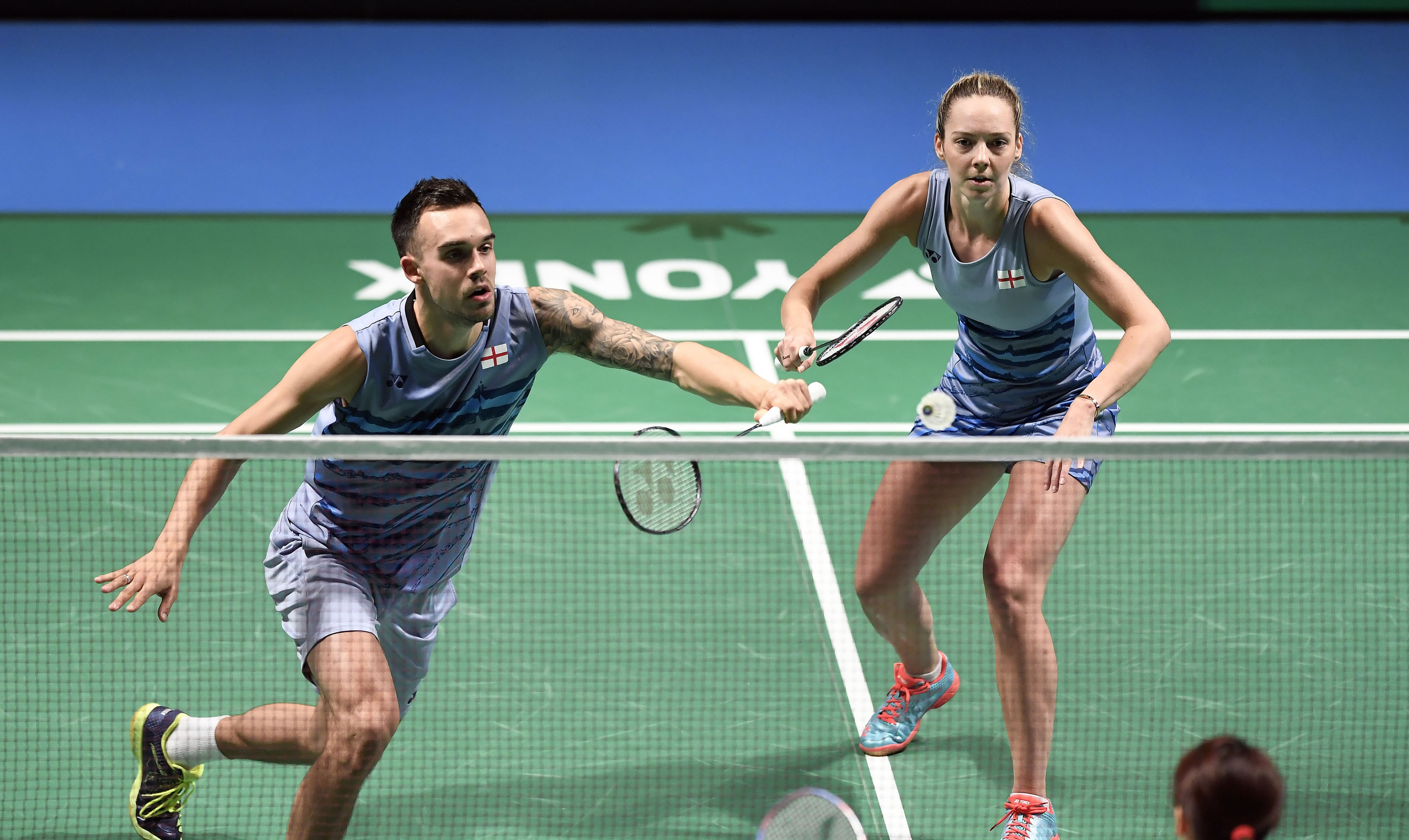 Michael Jordan knew a fair bit about winning. And it was the great Chicago Bulls shooting guard who declared: “Talent wins games, but teamwork and intelligence win championships.”

For Chris Adcock, these words could scarcely be more pertinent. Ranked seventh in world badminton, the 28-year-old heads to April’s Commonwealth Games as the reigning mixed doubles champion.

The Gold Coast competition will be his third time representing Team England at the Games, having won bronze in Delhi in 2010, before claiming gold four years ago in Glasgow.

It was a victory made more special by the identity of his doubles partner, Gabby Adcock. The husband-and-wife team won an all-English final against Chris Langridge and Heather Olver.

The pair have known each other since they were ten years old and have been a couple for more than a decade. In a sport where communication is so key, it is little wonder that the Adcocks have enjoyed such on-court success together. Their teamwork, with good reason, is second to none.

“Obviously, we know each other so well that there is that extra layer of chemistry and connection there,” Chris says as he explains how competing alongside his wife differs from his other playing partners.

“We’ve just got the same objectives and goals. We feel that it really gives us an advantage.”

In a world where the notion of separating the workplace from family life has never been so closely analysed, the pair’s shared commitment to their sport means that even when enjoying rare downtime away from competition, badminton is never far from the Commonwealth medallists’ minds.

“To be honest, we love badminton,” Adcock laughs, while describing what life is like away from the court.

“It’s a big part of our lives. So, it’s not a case of us going home and deciding not to talk about the sport because we’re at home. We travel a lot and we’re on the road a lot and we’re away for almost half the year. When we are at home, we do enjoy being there.”

There is, he tells me, a crucial third member of the Adcock clan. Bowser, the couple’s Maltese, plays an active role in Chris and Gabby’s social media existence. The dog even has his own Twitter profile, though he has not tweeted to his 238 followers since last year. Such is the globetrotting nature of today’s elite athletes, Bowser’s role as a symbol of home life is one of genuine importance.

“That said, when we’re at home and not at a tournament, we still check on the results and things like that because badminton is a massive passion of ours.”

That passion, however, has been disrupted so far this year, with Gabby suffering a badly sprained ankle while playing for the Chennai Smashers in the India-based Premier Badminton League in early January. She returned to action alongside her husband last week, reaching the quarter-finals of the All England Championships in Birmingham – a relative success given the nature of the setback.

And as far as Chris is concerned, the issues that have blighted 2018 thus far will matter for little as the couple arrive in Australia to retain their Commonwealth crown.

“Last time, we put a lot of pressure on ourselves to win it and we were expected to win it,” he says, reflecting on the added burden of Glasgow’s local expectation. “To come through that and get the gold was massive for us.

“Obviously, there’s nothing we’d love more than to retain our title and to be two-time Commonwealth champions. But I think because we won it last time, we almost feel like there’s less pressure. We’ve gone through it before, we’ve experienced being the favourites, and we’ve won it. It does actually feel as though we’ve got less pressure on us this time.”

There is, though, a bigger picture and for Chris, these Games are about far more than personal glory. The sport had its £5.9m UK Sport funding removed after disappointment at the 2016 Rio Olympics, making the two-year period since a taxing affair. Despite regaining a portion of the money after the Adcocks won 2017 World Championship bronze, the experience of being fully funded has only highlighted the challenges of working on a ninth of the previous budget.

“The Commonwealths are a great chance for us but, most of all, to showcase badminton to the public,” Adcock recognises. “It’s a great chance to get the sport of badminton back on television and into the limelight and hopefully doing well can help that.

“We were all hit very hard last December. It made a massive difference and we lost a lot of colleagues and support staff and it was very tough.”

The response from the husband-wife team, however, forced the hand of those at the top of British sport. European gold and World Championship bronze made a mockery of UK Sport’s argument that badminton was showing no signs of ‘strong medal potential’.

It is to UK Sport’s credit, Adcock emphasises, that they have responded by acknowledging their error and rewarding the pair for their success.

“For me and Gabby to have our achievements recognised is great,” he adds. “What it shows is that if you get the results, then UK Sport are willing to back you. That has to be a positive for lots of people and lots of different sports.

“Not all sports can be a cycling or a rowing – these medal machines. We’re certainly not one of those sports that can churn out six or seven medals at a time. It’s pretty much impossible for us. But our news is great for all those sports that – like us – can’t do that because it shows them that there is an opportunity for funding.”

Interestingly, of the sports financially supported by UK Sport, only para-taekwondo and wheelchair rugby receive less than Badminton England. And as Adcock is quick to admit, losing out on that backing was less than ideal – not only on a personal level, but for those a generation behind, and looking to forge a career in the sport.

“It was tough,” he explains. “It was really hard. What we said when we lost the funding was that it was going to be most difficult for the generation that haven’t had the exposure and the experience and that aren’t established quite like Gabby and I are.

“The thing about badminton is that it’s growing massively worldwide, new sponsors are coming into it and the tour is now sponsored by HSBC. I think the young players need to realise that if you actually do become successful and do well at these tournaments, that the sponsorship and the prize money is definitely there to win.

“It’s hard to see that as a junior player when you’re not necessarily performing as well as you’d like to, but the carrot definitely exists for people to aim for.

“You can make enough money both to support yourself, but also to make a bit of money as well. The funding is hugely important, and it helps us with so many different services.”

Though the most recent count of 703,800 revealed the lowest recorded number of participants in badminton across the country for more than a decade, the figure shows the considerable popularity and potential for growth that the sport possesses. It is a statistic supported by Adcock, who knows what utopia would look like for his sport.

“The sport is growing, and the ideal situation would be if badminton could become self-sufficient, so we didn’t have to rely on the funding, which is based year-on-year. Ultimately, you just don’t know what the government funding is going to be like.”

For Adcock though, his focus is similarly locked in the future. The Tokyo Olympics are two years away and after a disappointing display in Rio, Japan is the long-term objective, having already medalled at the Commonwealth, European and World Championships.

“The one medal that’s missing from the group that we’ve got is an Olympic medal, so that really is the main target,” he confesses, chuckling. “We’re doing everything we can to give ourselves the best chance of doing well but the main game is Tokyo.

“Hopefully we can build towards that over the next two years.”

Gold on the Gold Coast would be a fine place to start.

Nick Friend
Seeing off 500 entries along the way, Nick was the runner-up in the David Welch Student Sportswriter Competition for 2018, culminating in a night a the SJA Awards dinner alongside the very best in the industry. He has spent most of his twenty-three years involved in sport in one way or another. He graduated from Durham University with a degree in Modern Languages, having spent six months working as a coach for Cricket Argentina as part of his year abroad. The 23-year-old gained much of his experience in journalism as sport editor of the University’s student newspaper, Palatinate. During his two years in the role, he sourced and ran a host of high-profile exclusive interviews, three of which rank among the most-read pieces in the website’s history. He won the university’s Hunter Davies Prize for Journalism in 2015. Since leaving Durham, he has written for the iPaper, while contributing weekly to Sport500 – a website focused on creating concise sport opinion content. When not writing, Nick can often be heard bemoaning the fortunes of Queens Park Rangers. Beyond the Rs, he is an ICC and ECB-qualified cricket coach and umpire, while in more delusional times, had set his sights on a career in professional cricket. He counts darts, ski jumping and snooker among his passions, with an unnecessary knowledge of all three. 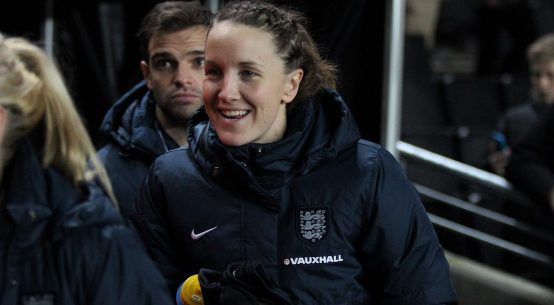 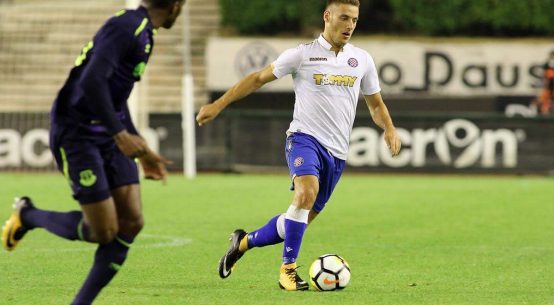