Skip to content
You are here
Home > Features > “It will always be my passion”: Quentin Robinot on table tennis media coverage, early influences and pre-tournament preparations 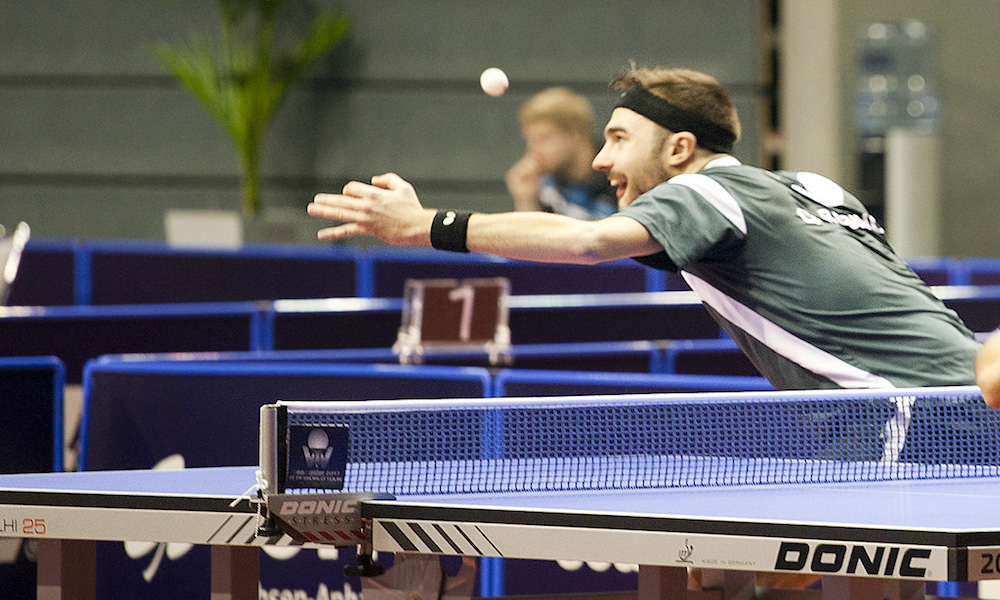 On the eve of the Table Tennis Team World Cup, France international Quentin Robinot spoke to Sports Gazette about his preparation for the tournament, and his rise in the sport which currently sees him 76th in the world rankings.

France have never won the competition and the 1994 edition in Nîmes was the last time they managed to leave with a Bronze medal in the men’s event.

Just prior to the tournament, which is being held in London, things were made even more difficult for France when world number nine seed Simon Gauzy was forced to withdraw through injury, and no replacement was called upon.

Despite the blow, Robinot remained confident that the team could perform well at London’s Copper Box Arena, and set himself a target for the World Cup.

“I would really like to reach the quarter-final stage and be able to play in a match where I can win a medal,” he said.

The 25-year-old, alongside his teammates Emmanuel Lebesson and Alexandre Cassin under the guidance of national head coach Patrick Chila, progressed into the last eight of the tournament. They were eventually knocked out 3-2 against South Korea.

Robinot will surely be disappointed with his own personal performance, as he only managed to win one of his five matches at the World Cup. But competing at the tournament was still a pipe-dream when he first started playing table tennis at the tender age of seven.

Born and raised in the Maisons-Alfort, a south-eastern suburb in Paris, Robinot admitted that his father played an influential role in getting him to play for his local club.

“I started table tennis because my dad got involved in it and he knew the manager there.

He added: “At the beginning, I especially liked to play there with my friends. Then I learnt to enjoy training by myself much later when I was around 13 and 14.”

Unlike those who have the opportunity to watch their footballing, rugby or tennis heroes on a daily basis, Robinot was forced to find inspiration online, and he believes that the media should do more for the sport.

“Table tennis isn’t shown on the television. [The media] should promote the sport to young people but not too much. I think that it would be more interesting to talk about smaller and less known sports.

“I began to watch matches on YouTube when I started to progress.

“I used to love watching Kreanga and Chuan because of their style of play as I found it impressive.”

Kalinikos Kreanga, who represented Greece and was renowned for his sensational backhand topspin, won the European Championships in the mixed doubles and men’s doubles in 1992 and 1994 respectively.

Chih-Yuan Chaun is currently ranked 13th in the world and made history in the 2013 World Table Tennis Championships alongside teammate Chen Chien-an, by winning the men’s doubles and becoming the first Taiwanese athletes to win any title in the tournament’s history.

Despite being influenced by the impressive pairing, Robinot was adamant to point out that he doesn’t seek to replicate their playing styles.

“They were my inspirations at the beginning but now I have my own style of play but with that said, there are some similarities with Kreanga.

“I play halfway and I am quite balanced on both sides.”

Although Kreanga and Chuan were his sporting influences, the Frenchman was quick to express that his family played a huge role in his journey to become a professional.

“Whether it was my parents or my grandmother as they were the ones who used to take me to training.”

When reflecting on the early days of playing table tennis as a youngster, Robinot revealed that he is unable to remember his first ever tournament but there is still one which sticks out in the memory.

“It was a regional tournament. I remember that my father was almost ashamed of me because I was crying and that I no longer wanted to play because I lost.”

He decided to continue on playing and it appears that the penny finally dropped for a teenage Robinot when he participated in his first French championships.

“I believe it was 10 years ago and it was a unbelievable memory. I enjoyed a great tournament and I even won a medal in the doubles.

“After that competition, a lot of things changed and from then on, I started to train even more seriously without ever thinking I would be capable of turning professional one day.”

The dream would become reality when he left his local club and joined his first ever professional club VGA Saint-Maur in Pro B (second division) in 2009.

“I started to learn how to play at a very high level when I was there. It was a very strong level but I managed to adapt very quickly.”

It was a huge step for Robinot as he started to earn money for the first time but when asked whether this was an extra motivation, he made it crystal clear that this was not the case.

This determination allowed him to move up the ladder and he secured a move to the Pro A (top division) with club Istres where he would play his trade for two “superb years”, and test himself at the highest level in the country.

“It was truly incredible. It’s a dream to become French champion even if it was at the junior level. But it was still wonderful.”

He described 2011 as “possibly his best year ever” after becoming France Junior Champion and winning the Europe Youth Top 10 tournament.

Although Robinot honestly admits that he doesn’t have the best memory when it comes to his early success, he wanted to highlight a particular tournament from last year as his most successful in recent times.

“It took place during the team European championships. We managed to reach the semi-finals as a team and I won all of my individual matches.”

The fact that Robinot is pleased to collect a Bronze medal emphasises the difficulty to reach the very top in the sport, and the Frenchman openly revealed that preparation before the important competitions is not such an easy ride.

“I train five hours a day including Saturday morning.

“It’s difficult to fully prepare for the World Cup because there are a lot of tournaments. It’s also hard to be 100% before each match as you’re always playing with a series of pains.”

Robinot has managed to maintain playing at the highest level over recent years, and he is confident that he has surrounded himself with the right people in order to get the best out of his talent.

“I don’t see myself as a role model. Not at all. I try to be the most professional as possible so people have the best image of me.

“I am always so motivated. On a daily basis, I always attempt to learn and push myself to be better. I surround myself with an entourage and managers who spur me on every day to continue my progression.”

Before the World Cup, the France international was asked who were the favourites to win the men’s event and he delivered an emphatic two-word response: “China, obviously.”

His prediction was justified as China now find themselves in the final against Japan on Sunday afternoon, as they set their sights on clinching the title for the seventh consecutive time.

As for what the future holds for Robinot, he plans to continue improving on his game and make an important impact on the biggest stage.

“My ambition is to continue and become a world-class player and be able to guarantee a place at the Olympic Games in Tokyo.” 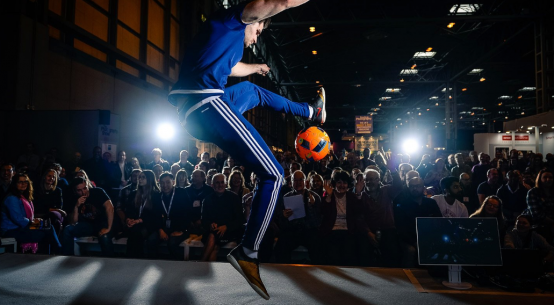 “I used to do kick-ups for fun but now it’s my identity”: Meet the new FIFA 18 Freestyler 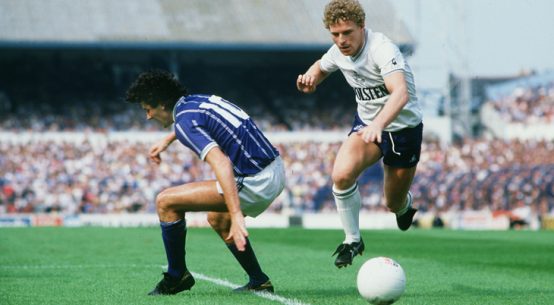