Posted on 20 December 2021 by George Mallett 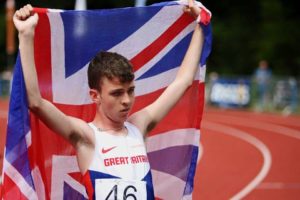 If there’s one theme central to the adult life of Jack Gladman, it’s fighting his corner. Some may know Jack as a T38 1500m athlete from the 2017 World Para Athletics Champs. Others will know him as Britain’s youngest boxing matchmaker. Either way he’s got there by his refusal to back down.

When Jack first started running it was as a non-disabled athlete, competing in a variety of races throughout the country. Jack has cerebral palsy and his teacher pointed out he was eligible to compete in the T38 class. He told us:

“I went through the para side because a school teacher asked me. The first time she asked I actually said no. The second time she asked, she would always ask about my times. She said you know you have the Paralympic A standard right? You need to do this. I think the first race I did I lapped the entire field.”

It was an impressive introduction but one that continued. It wasn’t all plain sailing however. At 18 he suffered his first setback when he wasn’t picked for the GB team at the 2015 IPC Athletics World Championships.

“I remember I was at uni and I sat in my room and cried. I’d gone to World Juniors and won a medal. I’d run for England. I’d won medals there. I’m done, I was 18. I did my best season ever and I couldn’t do it.”

But Jack didn’t quit. In 2017 it was London’s turn to host the championships and he was in impressive form, breaking British records in all but one of his races.

“They announced the team and I wasn’t in it. This time I’m not going to let this happen. I typed the appeal almost before the team had been announced.

They did, Jack’s appeal was successful. Now he had to do it.

“I joked about it the night I went to the World Championships with the guy who was taking me to the call room. I said this is a case of be careful what you wish for because you might get it.

I was sat there and I remember the world-record holder walking in and thinking I have no idea how I got here but I’m going to keep going.” 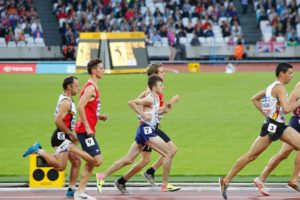 It’s an experience he looks back on fondly:

“It’s strange to have 35,000 people screaming your name, people you don’t even know. I went back into the stadium the next day and I was wearing my jacket the team give you. People were coming up to me asking me for an autograph, for a picture. One guy asked for my shoes.”

Fast forward to 2021 and Jack’s currently recovering from a back injury, still holding ambitions to return to the top level but aware of the challenge he faces:

“Even if it took me 8-10 years to go back to one and that was my chance to say goodbye. It was all a whirlwind. I always assumed I would be back and I don’t know if I will or not now. 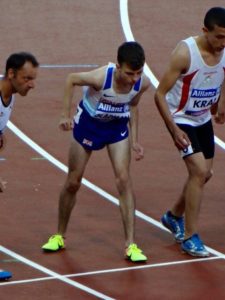 With Athletics on pause for now, Jack has plenty of things to keep him occupied. A full-time job in a school, refereeing on Saturdays and now a new profession around it. British boxing’s youngest matchmaker.

“Me and my mate just started going to fights all over. And one night we were having a conversation on the phone and I kept on about how this guy needs to be built. And he said do something about it then. I had no clue what that meant. 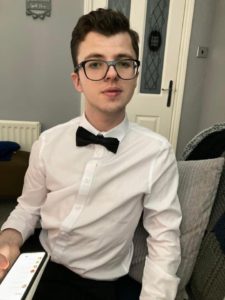 I started reading and then during lockdown, I originally thought about being a manager but realized you had to be in the sport for three years. I looked and matchmaker was an option.

You go to the area council, they’ll decide if you can be approved. So I went to them they said you need more contacts but yeah ok we’ll recommend you to the board. So my licence application went up to the British Boxing board of Control in Cardiff. They said yes you can have a licence and it all just spiralled from there.”

If this all sounds like a whim you’d be wrong. Jack is deadly serious, entering a sport where he had next to no experience. If he makes a career of it, it won’t be through nepotism.

“I was ringing up promoters saying do you need a matchmaker? Going on Boxrec (A boxing database) and looking at promotions that didn’t have matchmakers. Finding that promoter’s phone number, phoning them and saying do you want me to do your fights?

Normally they would ask me how much do you charge and have you got any experience? The second one was quite awkward.

I’m lucky enough that I’m the only one in the North East and I’m also the youngest in the whole of Britain.

The only person who’s had a license younger than me is Ben Shalom.”

Jack’s plans for the future?

With what’s happened so far, you’d be brave to bet against it.