“I remember taking my books and my notes with me when we went to Anguilla to play a game. I remember just taking my school stuff with me and studying in between training sessions and the fitness sessions there. When everyone else is sleeping, you just crack open the books and get back on it.”

Currently at the University of Manchester studying Business and Spanish, Forte is also a forward for the British Virgin Islands.

He describes them fondly as: “A little cluster of tropical islands just in the Caribbean, green and lush with clear blue water. It’s a paradise really.”

With a population of just 30,000 -or a third of Wembley – the BVI sit two places above England’s most recent opponents San Marino in FIFA’s world rankings at 208.

International call-ups as a teenager and university life

Born in Manchester, a year before a young Andre Villas-Boas became BVI technical director, Leo moved to the islands aged four when his father took a job at the island’s offshore financial centre.

When he started playing football there were very few junior teams because, put simply, there were not enough people.

Under the tutelage of an eagle-eyed high school coach who earmarked him as a future national team player, Forte received his first call up aged 17.

Now in his second year of university, the challenge of balancing student life with representing his country is clear.

There is the obvious requirement of constant football practice to ensure muscle memory remains as well as maintaining an elite fitness level – difficult when at university in a city so alive with distractions as Manchester.

This is before factoring in travel. A trip from the UK to the BVI takes at least nine hours. On these trips, Forte said:

“It would be a two-week window for exams and the international window would be the second week. For me it was just about which exams I could put off or reschedule. You have to appreciate the opportunity to play international football.

“You’d have things you need to be in lectures for and you’d have to take a week off to go somewhere in the Caribbean.”

Often, these long trips will be to play in matches against much larger countries. Inevitably, heavy defeats come with the territory.

For example, in their last group of CONCACAF World Cup qualifiers the BVI lost 8-0 to Patrick Kluivert’s Curaçao. However, they also lost just 3-0 to Guatemala, a country of 18 million people.

“When you play a big country, and you only lose say 3-0 then yes you’ve lost but you’ve shown dignity and put on a display.

“Obviously we’d love to win or draw some of these big games but in the end it’s about staying realistic. You’re thankful for the experience. You just want to be there representing the country and doing your best and then when you do get a goal it’s a great feeling.”

The debate over whether nations the size of the BVI benefit from mismatches against more established footballing nations has rekindled following England’s 10-0 demolition of San Marino.

The sense of pride in the BVI squad when representing their country cannot be underestimated, however. No matter the chances of success. For Forte, it’s clear:

“When we get drawn against big countries, we prefer it to the small countries. It’s an opportunity to play against really good players and to play in big stadiums. We’re always hoping for a big name when draws come up.” 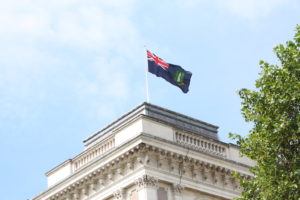 This sense of national identity and pride is particularly interesting considering many players reside abroad and qualify to represent the islands through heritage:

“Some people have hardly been to the BVI, but they’ve got a grandparent or something. They’re more US or the UK, for example. But when you get together, you get everyone around and you go on tour. It’s just everyone for the same team and everyone suddenly becomes full on BVI Nationals.”

“There’s a strong connection. When you get there in the camps and you link up with everyone, you just want to fight for the same team.”

Domestic football in the BVI

Football in the BVI is as unique as the backdrop on which it is played.

The national league features just 12 teams. These include Wolues F.C, to whom Forte is still signed and who owe their name to an administrative error. The kitman misspelled Wolves on a document when the club was founded and Wolues stuck. 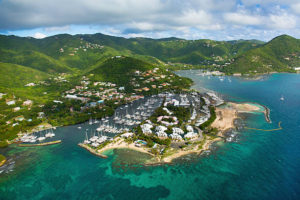 Forte recounts league matches affectionately: “When there is a big game, everyone stands around the fields. You have a guy who doesn’t know what he’s talking about just commentating what he sees on a loudspeaker during the game. It’s a good atmosphere.”

“Its very village, lots of red cards get given out because of all the fights between players.”

Football plays second fiddle on the islands to the national sport of sailing but there is a fitting crossover as the football squad travel to away matches in the Caribbean by boat.

Since 2017 this has also been true for home games with the national stadium out of use.

“We had a big hurricane and the island was out of electricity for nine or ten months, it was pretty bad. We don’t actually have a FIFA regulated field on the island so we have to go abroad for all our home games.”

Self aware but highly motivated

Unsurprisingly for a man that can drop in that he is an international footballer whilst out at his student union, Forte focuses on the positives:

“For someone like me, who’s young and likes to travel, it is a great experience to be able to go to different islands and travel around the Caribbean.

“You get to do what you love and get paid for it. You’d do it without the money hands down.”

Fully focused on getting a first from his degree, Forte is aware that with new eligibility rules and improving playing and coaching standards his international career will not last forever. However, now under the management of former Arsenal and QPR forward Chris Kiwomya, he is intent on maximising this opportunity whilst it is here:

“The level is so much higher than it was three or four years ago when I started. Some guys you just can’t compete with, so we’ll see how long I last. I know I can’t make a living out of it, but I still love doing it.

“I’d love to reach 50 caps and maybe get a couple of goals in that. It’s just a fantastic experience.”