Posted on 12 January 2022 by Sam Billinghurst-Brown 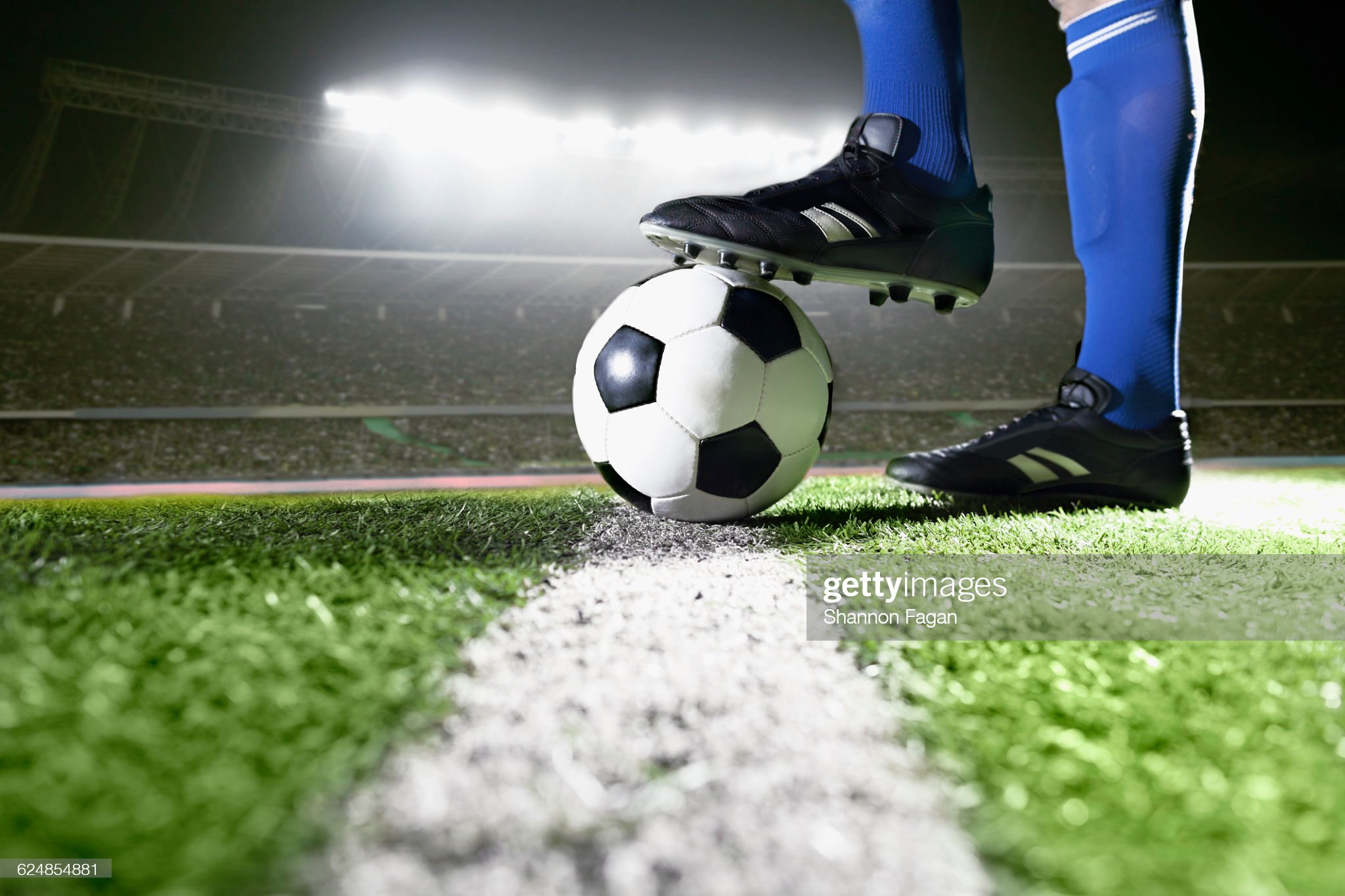 Despairingly and far too often we read of released academy football players who develop depression, turn to crime or take their own life. Many of those released from academies are left detached from football and their everyday regime.

A relatively well-known, tragic story is the death of 18-year-old Jeremy Wisten who committed suicide in 2020 after being released from Manchester City in 2019.

A lot of investigative work on this subject was done by Sky Sports News correspondent Martha Kelner in her article ‘Youth football: What happens to those who don’t make it?’ where she interviewed many released academy players, including former Fulham youngster Max Noble. Noble struggled with injuries as an academy player and suffered with depression for two years after his release.

Another released player that Kelner associated with during this study was former Bristol City academy player Tom Hamilton, who also struggled with injuries. Following his release Hamilton turned to drug crime to seek a lifestyle which would financially reap similar rewards to that of being a professional footballer.

These stories are widely covered in the media and rightly so, but there are also the untold stories of those who proceed to follow a new path in achieving success in a different facet of the game. 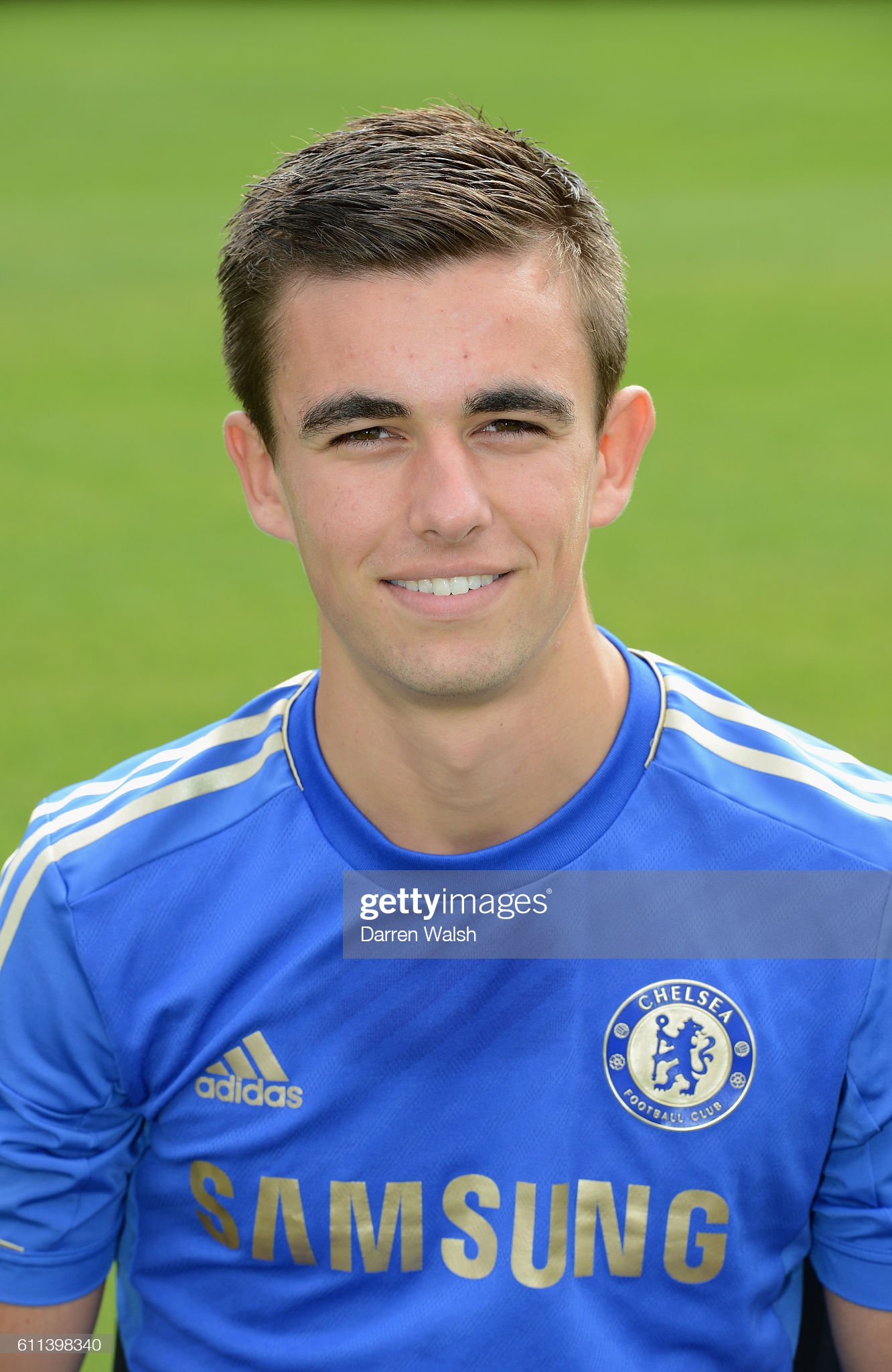 Former academy footballer Tom Howard tells his story of being released by Chelsea and how this led to the re-navigation of his professional pathway, resulting in him returning to Chelsea to become an academy coach as well as a university lecturer for aspiring coaches.

Howard joined Chelsea’s academy as a seven-year-old and spent ‘the best part of 11 years’ there before he was released at 18. This decision was delivered sympathetically and in stages before his official release.

“It was done over I guess a series of months, in terms of updates about what my situation was looking like. And that was incredibly important for me to help prepare myself for what might be coming, but also maybe something I could do in the meantime to change that decision,” he told the Sports Gazette.

Howard praised Chelsea for this prolonged approach to help him manage this disappointment, adding: “The way in which it was handled by the club was absolutely exemplary and enabled me to have a fantastic amount of time to come to terms with that, in that period.” 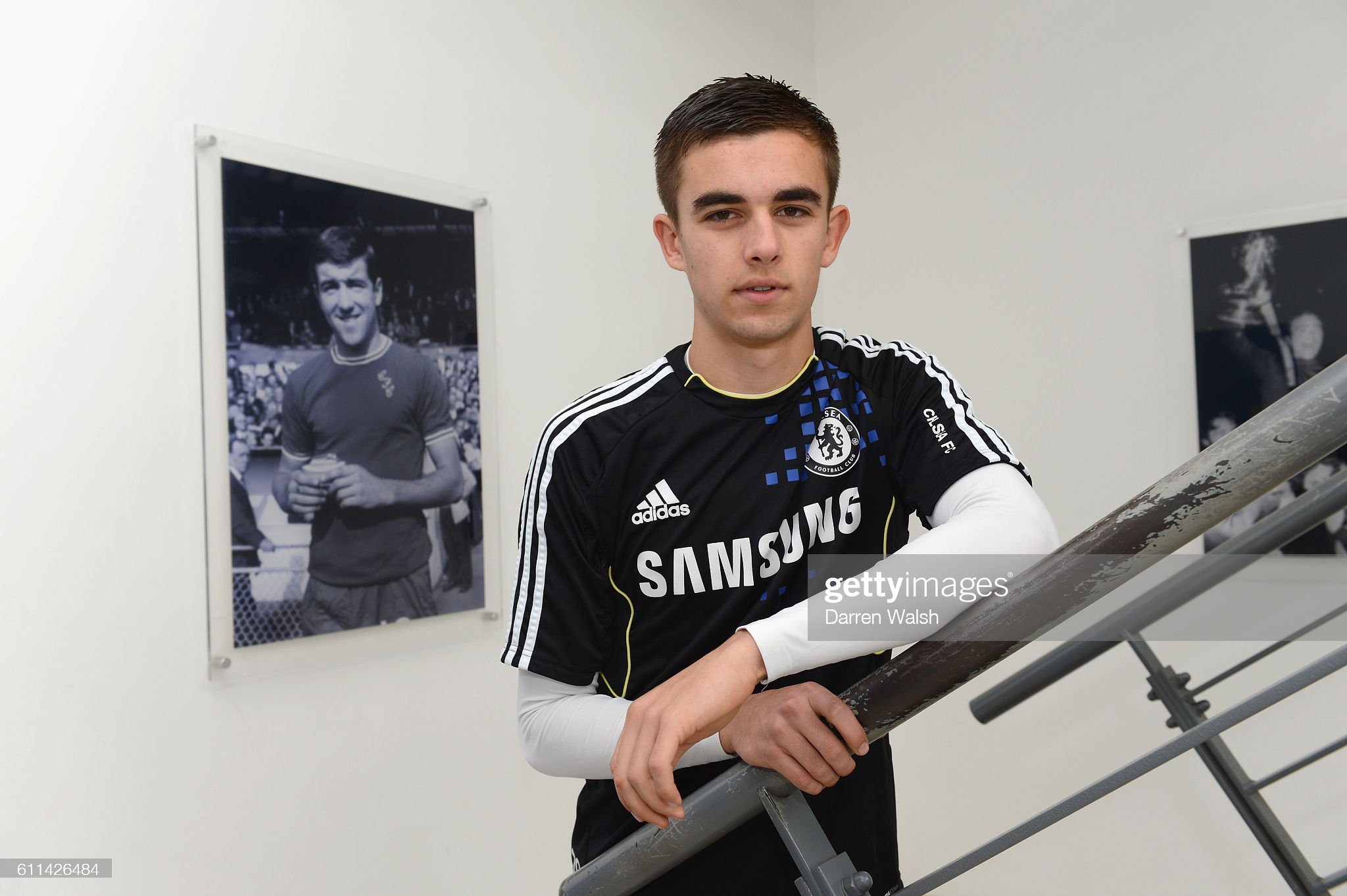 Forewarning players in what confirms their release is clearly critical but what seems to be more valuable is how an academy supports players following their dismissal.

The next phase for post-released players has regularly been stamped as the toughest period, but further support from academies can help ease this stage and reshape a player’s career.

The guidance and advice Howard was given following his release allowed him to reach his new ambitions in becoming a coach and university lecturer. 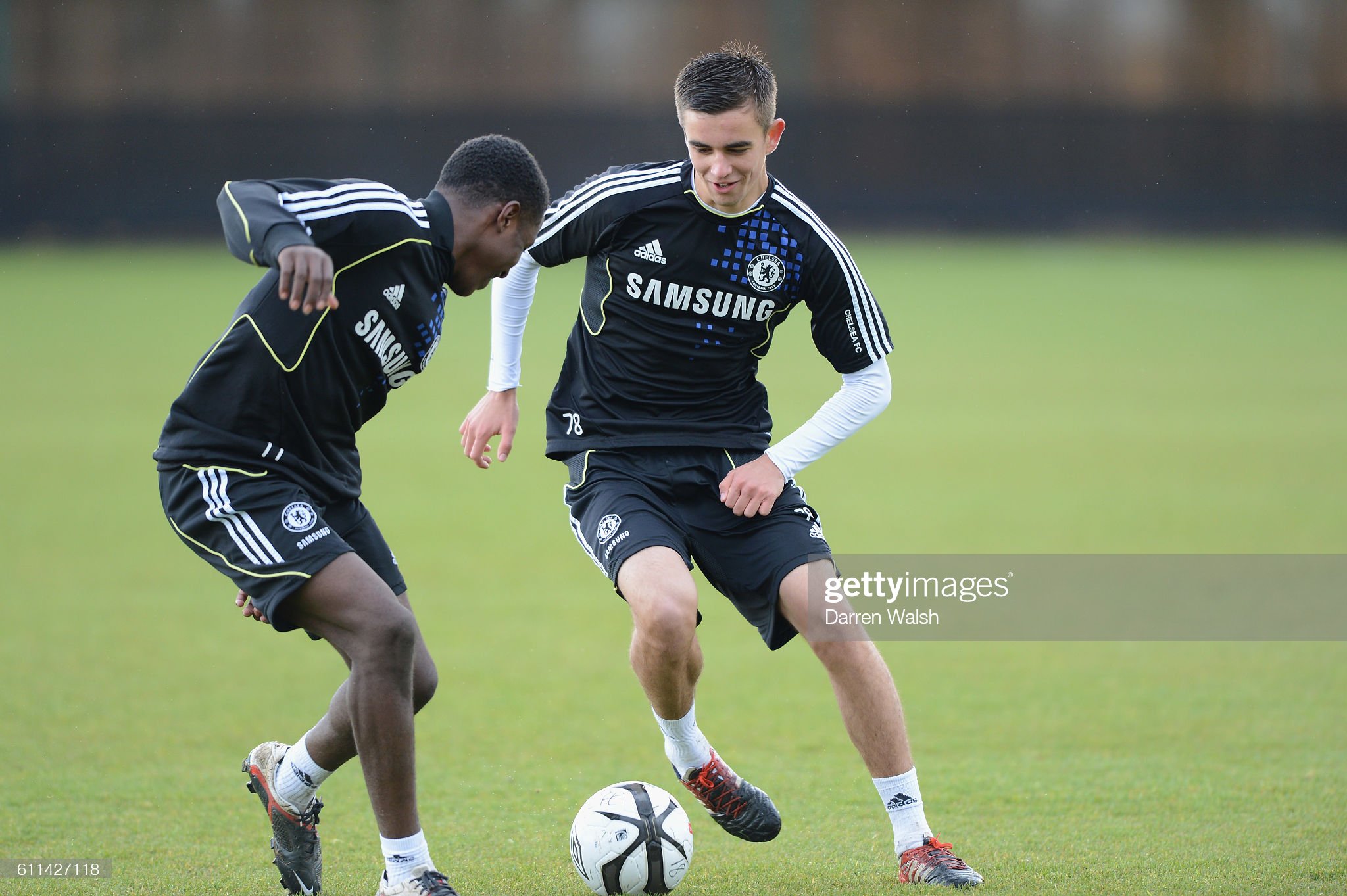 “The support that I then had following that in terms of advice, opportunities to try something else, support in furthering my studies to get to where I’ve got now, in terms of going to university, completing a post grad graduate degree all that wouldn’t be possible if that wasn’t handled in the right way,” he added.

However, he still found this period difficult: “I was probably finding it difficult to come to terms with not training every day, not being part of the environment as a player that I had been for an awfully long time. And that being tough for an 18-year-old that probably thinks they know everything, but they definitely don’t. Having the support networks from the family, from the club, from close friends back home made that transition a lot easier. But it was still tough.” 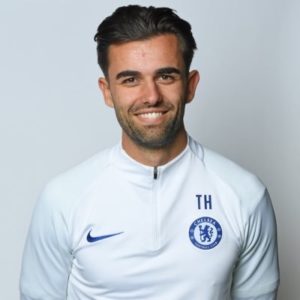 Howard has taken this supportive experience into his academy coaching, recognising the significance this may have on the players who face being released, adding, “I’m conscious to share, whenever I’m ready, that those initial periods are tough and that’s fine, people should understand that it’s ok to feel like that.

“We’re talking about this issue far more now. I have the natural feeling of what those boys may go through at some stage, and I think that’s a part of my armoury that I can use to help us continue to be dealing with those situations in the right way.

“When coming out of an environment if the only identity that they have any sort of attachment to is one purely based around football I think that’s when issues can really spiral out of control because they come out of football and they think that’s the only thing they had. They almost have this feeling of okay, well what am I now?”

Having a Plan B

Tom stressed the importance of helping players have a variety of identities. “So, they need to be in a position where they understand, okay I’ve been told this is not the best environment for me to develop but I’ve got all of these other experiences that are part of my makeup, and I can utilise them moving forward.”

Additionally, Tom Howard uses his experience to help aspiring football coaches as a lecturer at St Mary’s University on the Chelsea Football Club Foundation  Coaching and Development course, which helps students reach their coaching goals, as well as understanding and managing different segments of the elite game. One of the modules that Tom delivers is ‘The Elite Player and Well-being Module’.

“Out of all the modules I’ve taught, it’s probably been my most enjoyable. It’s incredibly important that these types of conversations are happening regularly. The fact there is a module around elite player and wellbeing, that is becoming far more common across other institutions, gives you an indication that we are moving in the right direction.”

So not all these stories have a depressing ending and if we go back to Max Noble of Fulham, he has created a clothing brand called Certified Sport where a percentage of sales are donated to help psychological support for ex injured athletes. Tom Hamilton of Bristol City, whilst he initially fell into a life of drugs and crime, did manage to turn his life around and is now a fitness coach and consultant.

Nevertheless, it is clear from the frequency of the many negative examples that much more has to be done in the management of academy players. Young peoples’ lives are too precious for it to be left to chance and hopefully many more clubs will follow Tom Howard’s Chelsea story by making the management and handling of disappointment a strategic part of the individual’s development plan.