Posted on 25 August 2021 by Nathan Frazer-Carroll 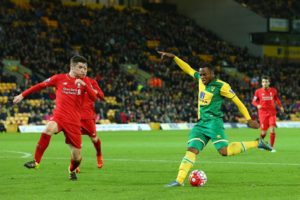 Obasiarinse Idehaloise Uade, 26, known as Arinse Uade is an English ex-professional footballer who spent much of his childhood in the Arsenal youth academy.

Since then, he has played professionally in England for the likes of Norwich City, in Spain, Uruguay, and Finland. Uade has recently decided to stop playing professional football as he has struggled to secure a further professional contract – something that has impacted greatly on his mental health.

His personal story is one of ups and downs and exposes much of where the men’s football academy system could improve.

Uade first started getting noticed for his footballing ability whilst studying at school in year 9. His PE teacher recognised his talent and decided to put him forward to trial for the Independent Schools Football Association (ISFA) team.

The ISFA team is comprised of the best players from independent schools around the country. He was selected to represent the team would go on to play against professional academies, an experience that was completely alien to him.

“I knew about professional football but I had no idea there were kids my age playing for academies. All I was used to was grassroots football because I had only played for Sunday league sides.” Said Uade.

This exposure led to Uade being invited to trial at West Bromwich Albion. During one of his trial matches with West Brom he was noticed by an Arsenal scout who expressed a lot of interest in him. He was subsequently asked if he would like to trial with Arsenal also.

Uade said: “My parents sat me down and asked me what I wanted to do and because I’d grown up in Highbury I was a massive arsenal fan. It was too much of a dream come true to pass up.”

The decision also meant that he could continue attending school in North London. He was a striker at the time but he was eventually moved to a left back position, where he played for the rest of his professional career.

The shift to academy life was difficult, he swiftly realised the level of competition he was up against.

“I quickly learned that there were players who had been there since the age of 8 and they had this whole technical side to their game, I had to learn all of that as I went along. That was probably the hardest part of playing football at the time for me.” He said.

Uade signed for Arsenal in 2009, arriving half way through the 2009/10 season. It has since become apparent to him that this environment was unlike anything he had experienced before.

He said: “I only really notice it later in the years, now when I look back I can see how cut-throat it was and how the coaches really treat it like a business. When I was that age I was just enjoying my football really, but there were 12-year-old kids at the time who had agents looking after them too.

Uade said: “It wasn’t like a pally friendly non-league grass roots environment. Parents would be having talks in the background, gossiping about who’s good and who’s not.”

The constant judgement he faced was not the only difficulty when moving up the age groups. In Uade’s case, the information provided about what was required of him and where he was going was extremely poor.

At the age of 14, professional academies rigorously assess players, and at that point you find out whether you’ll be taken on for an extra two years. That is what’s referred to as a day release phase where you’ll be allowed to miss days of school to be trained up for a football scholarship.

At 16 you’re told if you’ll get a two-year scholarship until you’re 18. After that point the club will either ask you to sign a professional contract or you will be released and told to find a contract elsewhere.

“I had no preparation for the important stages either, thanks to God that I excelled at each point because I don’t know how I would have taken it if I’d not progressed to the next stage each time. I was still just enjoying my football with no knowledge that these important milestones were coming up.”

Uade explained that favouritism is rife in football academies and coaches commonly give special treatment to their preferred players.

He said: “I really do feel like I had to make it on my own, other kids had a silver-spoon kind of thing and they knew that they were the coaches’ favourites. Even though I was one of the most talented, I came from a different background.

“I joined kind of late in terms of other people. Some of these players were bred to play football from the age of seven and eight and had formed proper relationships with the club.” Said Uade.

At that age, if all the adults around you are telling you that you’re the special one, it is almost impossible for a child to they will do anything other than make it as a professional footballer.

Football is not a normal profession, 12-year-olds who join academies are described as late starters and face an uphill battle when making it into the professional game. As the academy system has become exceedingly focused on producing top players, professional standards trickle down to lower and lower age groups.

The players who make it as professionals, who have been playing competitive academy football from the age of eight will undoubtedly embody the traits needed to survive as a professional footballer.

But you have to question whether parents and coaches should be imposing this kind of rigorous training and professionalism on to young children.

Embracing a career in football comes with the exclusion of almost every academic option. Something that Uade has now come to terms with. He realises that as a child, it is impossible to put these sacrifices into perspective.

“At that age I had no idea what I wanted to do in life, football was the first thing that came along that I had really thought about in a professional capacity. It took so much commitment, in hindsight I didn’t ever have a chance to think about another career path.” He said.

Despite Uade’s commitment to football from such a young age, he still managed to perform extremely well at GCSE level. He achieved 10 A*s, a huge feat for someone in the academy system.

Uade’s school allowed him to take on his day release phase as he was excelling in school at the time. He managed to gain 10 A*s at GCSE a huge feat for a player in the academy system.

“Luckily my family always drove home the importance of education. I’m happy I kept a good head on my shoulders in terms of reality, I did have a go at A-levels but I got so busy with football that I couldn’t complete them.” He said.

Uade attempted to gain his UEFA coaching Level 1 badge at the time but unfortunately, he wasn’t able to complete that either as the practical assessment coincided with the news that he would not be signing a professional contract with Arsenal. He missed the assessment whilst trying to find another club to sign with.

At this point in his footballing career, Uade still didn’t have an agent so he found it difficult to find trials and transition into another club. He did receive some help from Arsenal as they are obliged when releasing players to send a letter to other clubs regarding his availability.

This didn’t help Uade find a club however, after being released he ended up at Cheshunt FC playing non-league football.

“It was a really steep decline from where I was, I didn’t enjoy it at all really so I decided to look for a move abroad.” Uade said. 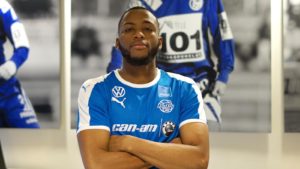 He impressively managed to secure himself a move to SKJ Seinäjoki, a Finnish team who compete in the country’s top league, the Veikkausliiga.

He played in Finland before moving back to the UK where he played for a number of teams. He then went on to play in Spain, Finland again, and then in Uraguay.

After his spell for Spanish side Céltiga FC, Arinse was extremely frank on social media about his desire to continue his playing career. 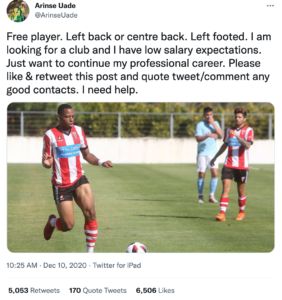 His tweet shows just how difficult it can be for a professional footballer to continue their career without the help of an agent. It also provides a window into how much footballers genuinely love the game.

Largely speaking, those who choose to dedicate their lives to football develop a deep passion from a young age and find it extremely difficult to separate themselves from the sport. This is a relationship that football as an industry needs to cherish. Players are not simply business tools, to be picked up and dropped by clubs’.

In Uade’s case, he was always a player involved for the love of the game. He continues to stride forward with a positive attitude even having left the sport after a six-year senior career.

“My career was really getting to a point where I wasn’t getting a look-in on the professional side of things, and I didn’t enjoy some of the stuff that came along with Non-League football.” He said.

Uade’s story illustrates just how difficult it can be when embarking on a journey as a footballer. It exposes the cracks that have existed for some time in football with regard to player welfare, education and the ruthlessness of academies.

Improvements have certainly been seen in recent years, but football as an industry would do well to take heed of the lived experiences told by those who have come through the football development system.