Posted on 29 August 2021 by Nathan Frazer-Carroll 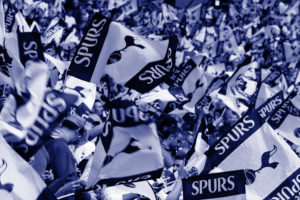 Jerome Baker has been a coach for the past eleven years in Tottenham Hotspur’s academy. He’s also coached at West Ham United and previously played for Northampton Town F.C as a youth player.

He currently coaches at the foundation level at Spurs which encompasses players from the under-sevens (U7) team, through to the under-tens (U10).

As well as this, Jerome runs a college programme in partnership with Tottenham Hotspur. The college, called New City College provides an educational framework for young players from age 16-19 to complete either a BTEC 1, 2 and 3.

Jerome and his Tottenham Hotspur colleagues provide coaching for those who attend the college and give students the opportunity to play competitively against other colleges tied to clubs such as Chelsea and Leyton Orient.

Jerome finds this an extremely rewarding age group to work with but recognises the added difficulty when handling players in the older age brackets: “The older boys are changing and going through a lot of things as young adults, they’re at the stage where they’re going from boys to men and that’s challenging in itself.

He added: “At that age they’ve got a lot going on, but they also have their education to think about.”

Between the age of 16 and 18 academy players may be offered the chance to sign a scholarship with the club. Spurs employ lecturers specifically for players within this age bracket in order to help them achieve their academic goals.

Jerome added: “We get a lot of boys who academically aren’t the best and when they pick their options of what to study, they’re not really capable of completing a high level BTEC so maybe they could have some better guidance with respect to that.”

“A lot of the boys do choose BTECs because they feel it’s more practical as the exam structure is less strenuous and only a small minority of them decided to do A levels.”

Jerome picked out Tottenham academy graduate Oliver Skipp as a prime example of a player who achieved excellent grades and equally managed to make a name for himself in the professional game. Saying: “He was hugely academic, he did A Levels and went to university whilst playing football for Tottenham, but that’s not typical.

“You do get some boys like Skippy who thrive off of that challenge where you’re mixing football and high-level education together. But then again you get boys like Reo Griffiths who just secured a move to Lyon, he academically struggled and hated every minute in the classroom.”

It seems clear that Jerome is devoted to finding out exactly what motivates a player and enjoys helping them channel that to their advantage. The danger is, however, when those players who don’t manage to attain high-level qualifications also struggle when it comes to finding a professional contract.

Jerome believes that Trevor Webb, Head of Education at Tottenham, was a driving force behind a number of major educational improvements at the club.

Speaking of these changes Trevor said: “Back in the day it was exclusively football, before the Elite Player Performance Plan (EPPP) made it mandatory, I thought it was only right that we should implement a minimum amount of time dedicated to education.”

Players also have the opportunity to take on coaching qualifications in addition to their BTEC or A Levels but Jerome says the uptake on those courses is quite low: “The Level 1 coaching qualification is mandatory and they do that within the academy but after that a lot of young pros just forget about it as they don’t really see it as a route for them.

Jerome said: “Usually players at the end of their careers are the ones who are interested in that sort of thing, they see you more as a teacher rather than someone they can aspire to be.”

It is understandable that players don’t consider coaching as an option for them after dedicating their young lives to playing. There is certainly room, however, for clubs to encourage players to take on coaching qualifications more than they do, especially when you consider the slim chances of playing professional football.

In terms of managing performances, Tottenham operate with a traffic light system which is informed by the players’ statistics over the year; these are logged the UK wide academy portal named the Premier League Performance Management System (PMA).

Players are given targets and their performances are logged by coaches daily. The highest performers fall into the green bracket, but until players reach the age of 16, their goal is to not be in the red bracket come the end of the year.

The PMA allows players to gain real time awareness of how they are performing in comparison to their team mates. This also helps to combat the shock players feel if they are eventually released by the club.

Jerome said: “We do a lot of work behind closed doors to make sure that players get back up to green if they are on amber or red. Some kids do really turn it around and get back on target but the ones who don’t are always pre-warned about what the next steps will be.”

These steps are a far-cry from the days where individuals would be released out of the blue and all contact would be cut between player and club.

Tottenham Hotspur appear to manage player expectation well as they utilise the PMA to share statistics with players and parents alike. Jerome added however that some clubs keep this information private until it’s time to retain or release players.

This is just one way that player welfare could be managed more rigorously and rolled out as standard throughout academies UK.

Despite Spurs’ efforts to soften the blow when delivering the news that a player will be released, they still struggle provide a high-level of aftercare. Jerome said: “We always offer help if they want to continue training or if they’ve taken the decision particularly badly but a lot of them turn down what we offer because they see it as a bit of a kick in the teeth.”

Jerome admits that he finds it tough when players do cut ties with the club as he’s watched them develop as footballers and as humans. Despite this he acknowledges how lucky he is to work within a sport that is so hugely competitive as a coach and as a player.

He said: “Finding coaching jobs can be really tough, it’s such a saturated industry but I’m blessed to have a job in football and be around it every day because jobs in the game are really scarce.”

The set-up at Spurs is a particularly impressive case of young player management with regards to education, welfare and football development.

Many of the positive practices that can be observed within this system could be rolled out as standard within UK football academies.

A unified approach to player management could fix many of the persistent problems we have seen with football academies over the years.

When the time finally comes to roll out a standardised approach across UK academies, the key decision makers could do worse than look at many of Spurs’ practices as an example.