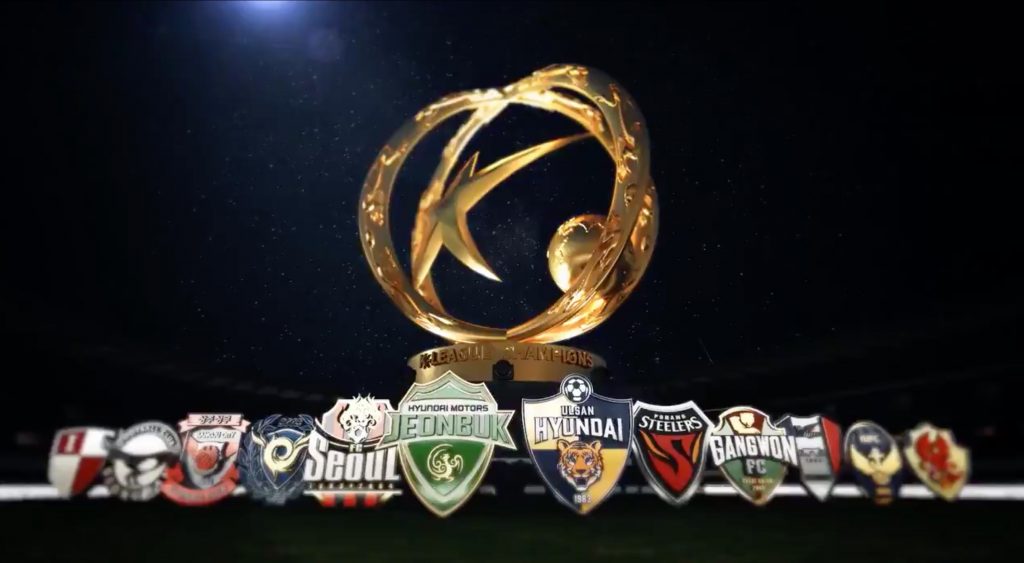 It’s been eight weeks since the major European leagues shut down and fans around the globe have been desperate for some live action, the wait is almost over.

May 8 will see the return of K League football, joy and excitement for Korean football fans but this should be celebrated by the entire football world, and it’s live in English (11am BST) via the K-Leagues YouTube channel.

Korea has been lauded for its handling of the Covid-19 crises, and rightly so. The return of professional sports to the country is another example of their success in tackling the pandemic.

It will be weeks if not months before the European football is back, so what better time could there be to start following a new league!

With the lack of live matches over the past few weeks the longing for a return to ‘the good old days’ of football has been strong among football fans. The BBC, FIFA and Sky Sports have been re-running classic matches, analysing past-seasons and broadcasting highlights from years gone by.

Until as recently as the start of this century one of the joys of World Cup football was not knowing every player and team in the tournament.

And now you can do that again with the K-League, the shock of feeling like you were one of the first to discover a previously unknown gem and watching a team with no expectations of how they play is back.

For younger viewers this can be your first chance to watch a league and not know what to expect. For the more experienced fan you can relive the surprise of not knowing who will win the golden boot à la Toto Schillaci or the enjoyment of an underdog victory, something that’s possible in the same stadium as Senegal’s 2002 giant killing of World Champions France.

Almost a year on from this beauty, will we be seeing anything like this from Pesic this season for @FCSEOUL? #KLeague https://t.co/cKYbkTNsRJ

Expect fast, energetic and competitive matches. Sit back and watch some live football, you might find that you enjoy it all the more for not being as heavily invested as you are with your life-long team.

The Bundesliga will be back towards the end of May, however, I see no reason why the K-League cannot grab its fair share of viewers.

Yes the quality in the Bundesliga is higher, but it is nearing the end of the season. Bayern Munich have a four point lead over Borussia Dortmund and will most likely win the league, not that exciting really!

The beauty of the K-League is this is the start of a new season. The league usually runs from February to December. It has been curtailed slightly but we will still see every side play each other home and away, before they split into two leagues of six (think Scottish football) and play a further fixture against the five sides in their mini-league to decide the champion, continental placings and relegation. This split often leads to a championship climax that European leagues can only dream of.

Last season was won on goals scored by Jeonbuk Hyundai Motors on the final day of the season. The difference in goals scored between Jeonbuk and runners-up Ulsan?

Ulsan snatched defeat from the jaws of victory after being held to a 1-1 draw against Jeonbuk in the penultimate game of the season and followed it up with a 4-1 defeat at home in a derby match with Pohang Steelers. Manchester City’s title triumph in 2012 is the only comparison worth making.

I cannot guarantee you that level of drama again, but there is nothing to lose by giving it a go and plenty to gain:

Want to be a glory hunter (Jeonbuk is your team) – Check

Football is back, it might not be football as you know it. But FOOTBALL!!

If you want to know more about the K-League and some help in choosing a team then @GazzettaKorea have the pod for you: