Posted on 2 September 2021 by Hermione Hatfield

Great Britain’s women made history this summer, taking a third successive hockey medal at the Olympics. But the bronze-medal match in Tokyo was far from being as easy as one, two, three.

Britain took a 2-0 lead before India countered with three goals in just four minutes. The GB team fought back in the second half and eventually prevailed 4-3. This was a triumph of resilience that resulted in the squad becoming the first British hockey team to win a medal at three consecutive games.

To get an insight into GB’s success and what it is like to play hockey at Olympic level I spoke with Mariette Rix to draw on her experiences from the Olympics, goalkeeping, and her time playing alongside GB’s Hannah Martin for Ipswich Hockey Club. 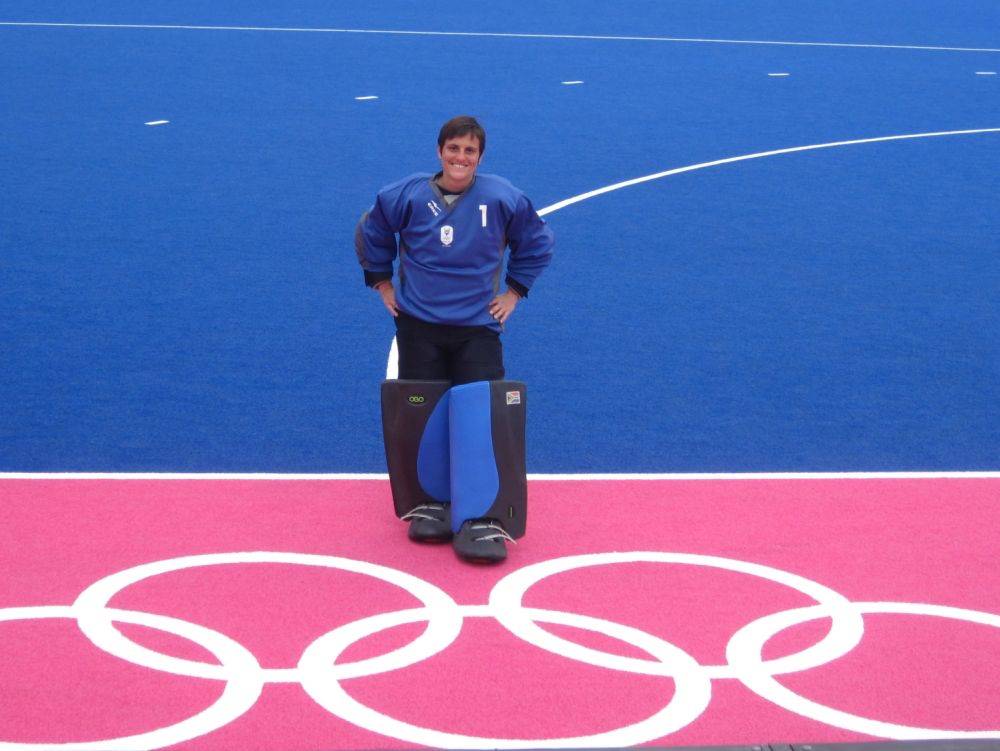 Having competed as goalkeeper for South Africa in both the Beijing and London Summer Olympics, Rix singled out the latter as a particularly special experience.

“For me it felt like my own home Olympic Games,” reflected Rix. “Playing my club hockey in Ipswich, seeing the Olympic Park be built, and having friends and loved ones supporting me was just brilliant. Being able to share my Olympic experience with important people in my life, also knowing I would retire at the end of it, was the perfect ending for me.”

Far from a fairy-tale ending

The end to GB’s Olympic hockey campaign this summer was far from perfect. In their pursuit of a second gold medal the team suffered a 5-1 loss in the semi-finals against an impressive Dutch side. The very team GB beat to gold in Rio five years ago. According to Rix it is pushing through such set-backs and performing despite such difficulties that makes the Olympic experience.

“Ultimately performing to your best, sometimes with mixed outcomes, and walking away satisfied, is what makes it a truly positive experience with happy memories,” said Rix. “There is no greater reward than actually playing a part “in the movie” you were hooked on so many times as a child and young adult.”

The Olympics challenges athletes to overcome difficulties that are not experienced at lower levels of sport. The British campaign in Tokyo was not without its standout performances in this regard. The team’s victory over Spain to reach the semi-finals boiled down to a decisive shootout for GB keeper Maddie Hinch – and decide it she did.

In a hockey shootout players have eight seconds to beat the keeper from the 23m line. Hinch saved all of Spain’s attempts, warranting her title as one of the best keepers in the eyes of Rix.

“I think Maddie stood up when it counted most,” asserted Rix. “She is a phenomenal goalkeeper and I think will remain in history as one of the best of her time. I think she had a tough ride into the Olympics. Showing she is fallible at times when she didn’t have perfect performances. The world has become so used to Maddie stopping everything in spectacular fashion. When a goal goes in you are somewhat surprised.

“I would not say she had the perfect Olympics for her – compared to previous events. I am sure there are some actions she would change for a different outcome. But that is sport and that is pressure, and it is ultimately how you bounce back. Maddie has now shown she also has the ability to bounce back and be the difference for her team.”

Hinch’s feats in Tokyo secured GB’s semi-final encounter with tournament favourites the Dutch. Their rivals in orange were eager for revenge following the 2016 final. The climax of the tournament in Rio boiled down to a shootout, where the stick of Hinch swept aside the Dutch team’s hopes of gold.

“For me she is the best in the world in shootouts,” highlighted Rix. “I don’t think anyone will come near her. So many GK’s now mimic what they have seen her do and it is making GK’s better at it.

“Her knowledge and professional preparation for shoot out scenarios have set high standards. [This] is probably also what gives her such confidence.  Add to that her agility, reactions, composure, unpredictability and ability to somehow dictate and control those 8 seconds [and that is] what sets her apart in my mind.”

Another standout performance for Britain this summer came from Martin. The 26-year-old scored four goals on the way to winning bronze. What made her performance even more special though was that it came just four months after sustaining a broken leg. Rix described how the Ipswich Hockey Club shared her pride when it came to Martin’s achievements.

“To say we were very proud is an understatement,” exclaimed Rix. “There was quite a bit of local media interest so it also very much raised the profile of hockey in Ipswich. [This is] a town which loves hockey and where many hockey Olympians learned their trade.

“We were all quite anxious that she would be OK for Tokyo, with the injuries she had. But then to see her be a game changer on the pitch for the team, was just so impressive. It made a lot of people pretty much burst with pride.

“Seeing Hannah go from the teenager dealing with her first National league experiences and the challenges with this, to being the outstanding player and the top of the world stage, I think will remain a big highlight.”