Posted on 12 November 2021 by George Mallett 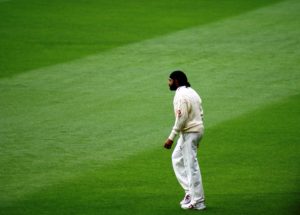 For Monty Panesar, diversity and inclusion was something central to growing up playing cricket in Luton.

Before his international days, Panesar first honed his skills wherever Luton Indians Cricket Club could get a pitch, hiring each week from the local council. It was a team made up predominantly of the British Asian community and one with an increasing membership.

Luton Town Cricket Club, by contrast were a team of White British players with a good ground but facing a continual struggle for new players.

The two clubs sensed an opportunity and in 2002 Luton Town and Indians Cricket Club were formed. Luton Indians had a new permanent home. Luton Town had fresh talent.

It was a merger that made sense. The new club has succeeded in the Bedfordshire County Cricket League Premier Division to this day.

“Diversity is a natural thing for us. When you’re a young kid you think that’s how the world is.”

Even if he didn’t consider it at the time, race did come to play a part in Panesar’s decision-making.

He recalls the legacy of India’s Bishan Singh Bedi in the 1970s at Northants as a key reason why he joined the county. Bedi gave Panesar an image of what he could become, a left-arm spinner of Asian heritage succeeding on the county circuit.

He also cites the influence of Wasim Akram at Lancashire and Nasser Hussein at Essex. Nobody from Yorkshire came to mind.

England’s most successful county had no-one, in part because they insisted on only players born in Yorkshire until 1992.

Ajmal Shahzad, Adil Rashid and Azeem Rafiq have done much this century to change that fact but Panesar believes the handling of Rafiq’s claims could stall that progress.

“As a British Asian going to Yorkshire it’s a bit risky isn’t it?”

Panesar said kids may question whether they would receive the same treatment.

“This is how young cricketers think. If they can’t visually see a person like them playing at the top level you’ll go somewhere where you can see players of Sikh or British Asian or overseas that play. You’ve got a mind to think I probably won’t be accepted at that place.”

Yorkshire had the opportunity to address that but a generation of British Asians may now look elsewhere.

Throughout the process the ECB have come under fire, not least from the departing Yorkshire chairman. Roger Hutton described the governing body’s offer to assist in the investigation as being “not further from the truth”.

Without commenting on the ECB’s involvement on the investigation Panesar stresses the body are doing good work to encourage British Asians in cricket.

“The ECB are already funding, from now to 2024, 200 Urban cricket centres and 1000 turf pitches. The British Asian population is over 50-60% in cities but they lack facilities. We don’t have cricket grounds like I had in some areas and cities.”

Travel and kit is expensive in cricket, a fact Panesar identifies as a reason why many British Asians don’t make the step up to the professional game. He is keen to point out the ECB acknowledge this and have put bursaries in place specifically for this.

“The ECB do recognise this and they have a plan in place for it.”

Progress is being made but Panesar believes it is now enterprise that has the biggest ability to force accelerated change in diversity.

“You need to speak to CEOs of multinational companies and say help us force some of these sports organisations to embrace inclusivity and diversity or take the sponsorship away. Financially is where people would learn.”

Panesar believes companies should include KPIs on diversity and inclusivity in their sponsorship agreements.

“The protests aren’t going to help if you don’t go to the next level and people in key positions say this is what we need to start looking to do. ‘If you want sponsorship we need to see a diversity plan.’”

Quotas in boardrooms? Panesar is less equivocal but does say it could force the issue. The appointment of Lord Patel is welcome but only if it is a first step.

It would be easy to look at the involvement of Saqib Mahmood, Moeen Ali and Adil Rashid in current England set-ups, as well as Panesar’s own experience, to think that British Asians are finding their way to the top. The potential, however, is even wider.

“At England level we’ve always embraced British Asians coming through the system. At club level we’ve got 30-40% of club cricketers and only 3-4% come through that system (into the professional game).”

It’s been shown the ECB do have plans to improve diversity in cricket. It is now up to corporates to take the prerogative away from counties and give them no option but to change.

“to produce the best team for England we need Yorkshire to be strong.”

That strength will always be limited if Yorkshire fail to inspire a large pool of their talent. If British Asians are put off entering the sport, then the loser won’t just be Yorkshire. It will be English cricket and players like Monty Panesar.