Skip to content
You are here
Home > Other Sports > “Neither of male and female identities felt right for me”: Hannah Newman on Limitless – the UK’s first non-gender binary sports competition 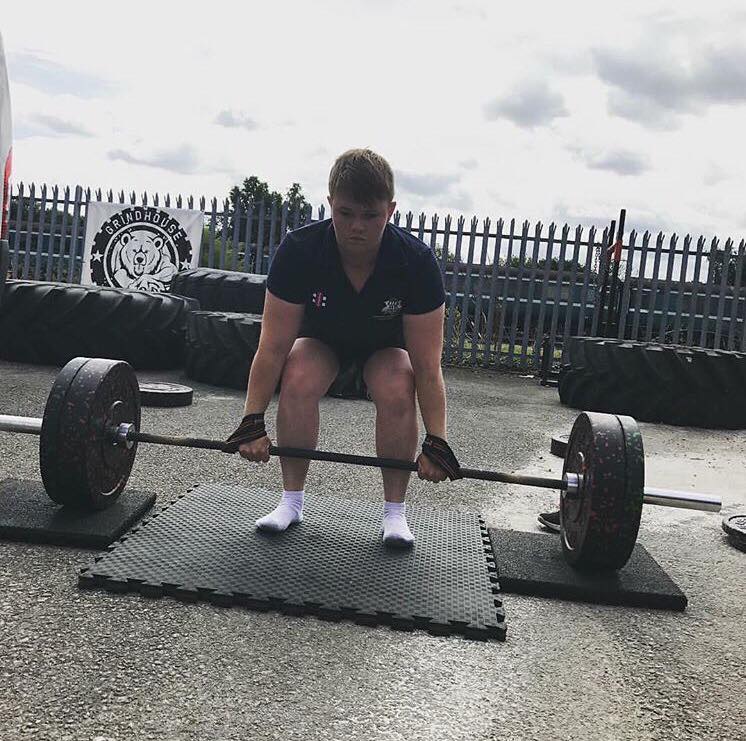 Professional sports competitions are segregated by gender. No matter where you’re from, it is always like this. There is no mixing: men to one side, women on the other.

However, if this idea was before seen as unquestionable by some journalists, now the British media has started to question whether this way of sports categorisation is not excluding some people, particularly those who don’t identify as either male or female gender.

To circumvent the issue of gender classification, Hannah Newman created Limitless – the first ever competition in the UK in which participants are not going to be separated by gender – that will take place on April 29.

In an interview with José Bourbon, Hannah Newman talks not only about Limitless, but also how is living in a binary world.

José Bourbon: Where did the idea for this event come from?

Hannah Newman: The idea for this event grew out of personal experience. I was someone who had always competed in strong-woman events but identified as non-binary and began to consider seeking gender transition. It then became clear that there was not really anywhere that I could feel comfortable competing because I did not fit into the traditional male or female categories within the sport.

My coach suggested we put on a competition that was inclusive for everyone, including me and others who may find themselves in similar situations, whether that be someone in the process of transitioning from male to female or female to male who does not yet feel that they can compete in the category that they would like to or non-binary people who may not feel that they fit into male or female categories.

JB: Can you tell me a bit more about the time when you started to realise that you didn’t fit into binary categories of male and female? It must have been hard? Or did people in general support your decision?

HN: I’ve been fortunate that I’ve been very well supported in my path to working out my gender identity. My friends, family and other people in my life have been very open and supportive.

But it can be hard because there is still such a huge amount of misunderstanding out there, and many people still find it difficult to acknowledge the fact that some people just don’t fit into the neat little boxes of male and female that society has created. It can feel like my identity is constantly being invalidated.

For me it has been an ongoing journey of realisation for many years. I never really felt that I fit within the boundaries of what was expected of me as a female person, but I never had a strong urge to be male either.

Neither of these gender identities felt right for me. It has only been over the last couple of years that I’ve come to realise that is ok and I don’t have to fit myself into either box. I can just be myself.

JB: Is Limitless the first sports competition that is not-categorised by gender?

I have to mention my coach Tim Latter here. He is also the owner of Grindhouse Strongman and S&C gym where the competition will be held. We came up with the idea together and he has been incredible in helping to get the idea off the ground and into action.

JB: When you say it is the first time something like this has been organised, are you talking about in the UK?

HN: Yes, I can say with a good degree of certainty that nothing like this has happened on the UK strongman and strongwoman circuit before.

JB: And how has the feedback been on social media since the creation of the event?

HN: The support for the event has been great on social media so far. I was a little nervous when we first released it that we may get a bit of a negative backlash or receive transphobic comments, but so far everything has been very positive. People have said what a great idea it is. They have been happy to spread the word, and we’ve even had one person want to talk to us about setting up another similar competition in a different part of the country.

This is great because our key message is firstly that sport is for everyone, but secondly that transgender and non-binary people shouldn’t have to be segregated from cisgender people in sport – the idea is that by dividing categories by ability, anyone of any gender can enter any of the categories, whichever best suits their ability.

Everyone can compete together, So we really hope that this idea will continue to be received positively and that other opportunities like this will begin to appear.

JB: Do you think that you are going to see during your lifetime a non-binary professional sports competition?

All we can do is keep pushing and keep working towards step by step changes and see where things go. Things will never change unless there are people working hard to drive that change, and that is a responsibility that we have to take on now if we want to see better opportunities for trans people in sport in the future.

I don’t want to sit back and wait and see if it ever happens, I want to be one of those people driving that change.

JB: Do you think non-gender categorisation can potentially be implemented in every sport or does it depend on the sport?

HN: I think this has the potential to be a way of redefining the method by which all sports are categorised in the future. Having said that, it is certainly easier to do that in some sports than in others. In general, strength and individual sports are probably the easiest to do this with.

In strength sports you can either lift the weight or you can’t, therefore it’s easier to categorise people by ability. In team sports where someone’s ability may be a little more open to subjective opinions, this may be harder to implement, and a lot more work needs to be put in to work out exactly how this would work. But I definitely think it has a lot of potential that’s worth exploring.

JB: The media is also slowly coming round to asking these questions around transgenders in sport and the possibility of gender-mixed sports. Do you think the media is doing enough to inform people and enhance the debate about this topic?

HN: I think that’s the biggest battle at this current time: media representation of transgender people in general, not just in sport. I don’t feel that people can accurately understand how ‘trans’ people can be included in sport if they don’t truly understand what it is to be a trans person in the first place.

There seems to be a lot of inaccurate, factually incorrect information presented in the media to the general public at the moment, and a lot of scaremongering. Until that changes, it is unlikely that we will see any informed media coverage and discussion on trans inclusion in sport.

JB: So do you think media has contributed more to misinforming the public about ‘trans’ people rather than informing?

HN: Yes I do. For people who have never had the opportunity to learn about and understand what being transgender is before, the only information they may have access to is what they have read in the mainstream media.

Unfortunately, the vast majority of stories released by the mainstream media at the moment and in recent years have been incredibly inaccurate and unfair. This makes it a constant battle to re-educate and replace the inaccuracies that many people have learnt from this media coverage.

JB: Can you remember a concrete example where the British media have contributed to this misinformation?

HN: I guess one of the most obvious examples recently has been surrounding transgender children and what treatment they are given access to [have].

The media have repeatedly reported that young transgender children have access to gender transition hormone therapy and surgery. In reality, they cannot and are not allowed access to any of this until they are over 16. This has been used as a form of scaremongering and has panicked many misinformed people.

Besides that the whole ‘toilet debate’ is another one, that portrays transgender women in particular, as predators.

JB: Do you think, for example, it would be beneficial for media to have transgender journalists in their newsroom or at least people that have researched the topic?

At the moment the majority of things that are released by them appear to just be driving hate.

JB: Do you have an idea of how many people will attend the Limitless event?

HN: At the moment we are unsure. We think the competitors will consist of people who have previously competed in male and/or female categories but no longer wish to. Also, we think that there will be a presence of people who have never competed before but for whom this competition provides an unusual opportunity and therefore would like to get involved in the sport.

We are going to be running training sessions in the build-up to the event for people who haven’t done anything like this before but would like to have a go, so then they can decide if they want to enter the competition.

The day will be incredibly inclusive and supportive, and it really does not matter at all what previous experience of the sport anyone has, so people do not need to be scared off if they haven’t lifted weights before.

JB: As this event is intended for anyone and everyone, does that mean that the only decision potential competitors have to make is what level they wish to compete at?

HN: Yes exactly, it’s open to absolutely everyone. Beginners through to experienced. Cisgender or transgender. Everyone is welcome.

Entrants simply need to pick the category that best suits their ability. The weights that need to be lifted get heavier through the three categories. So it’s just a case of identifying the category that poses a realistic challenge in terms of what weight that person can lift. 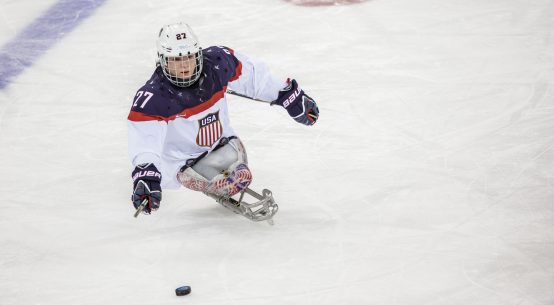 “It takes a lot to stay on top of the world for so long”: U.S.A. Para ice hockey captain Josh Pauls on his inspirational journey, dominating the Paralympics 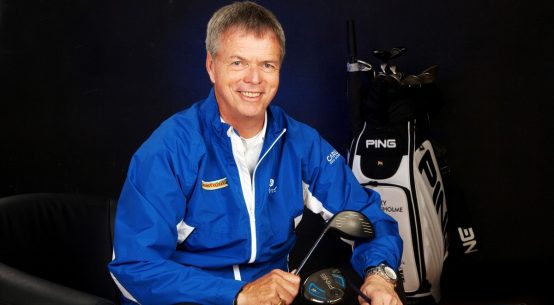 “That would be one of the fairytales of fairytales”: Gary Wolstenholme on Tiger Woods and the Masters