Posted on 5 March 2021 by Hermione Hatfield

White and blue remain the prominent colours on this year’s FW34B, but Williams has added flashes of yellow. This is in tribute to both its new owners Dorilton Capital and to its title-winning blue, white and yellow cars from the 80s and 90s. 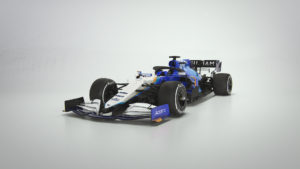 In stark contrast to those glory days, the 2020 season was a third consecutive last place finish for Williams. The team failed to score a point, despite the FW43 being a considerable improvement from the 2019 car on which it was based.

Dorilton will be keen to progress over the next few seasons but, as reinforced by the new livery, they are also determined to capture the spirit of the team’s past.

It’s tempting to think that the FW34B will offer only marginal improvement, given that all the teams have had to carry over their 2020 chassis. However, despite the restrictions put in place for this season ahead of F1’s revamp in 2022, this year is still the start of a new era for Williams. 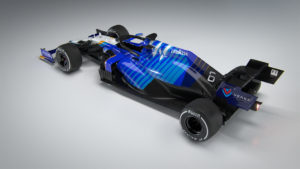 The team has appointed a new CEO, Jost Capito, as part of a clear statement of intent by new owners Dorilton. Meanwhile, Simon Roberts continues in his role as Team Principal, which he has held since the departure of Frank and Claire Williams last September.

I spoke with Claire earlier this year to discuss the handing over of the team to Dorilton Capital: “I think they [Dorilton] are realistic people, they understand what it is going to take to take Williams back to where we all want to see it.

“It felt to me that they had a lot of integrity and they understood the legacy of Williams and they had a huge amount of respect for that and I appreciated it. We just spoke the same language and that was important to me.”

Dorilton has also brought the experience of 2009 world champion Jenson Button to the Williams team. Having raced for them as a 20-year-old rookie in 2000, Button now returns to the family in a senior advisory role.

“Obviously the Williams family isn’t running it anymore,” said Claire. “But as with any sports team I think, not least at Williams, it has a very family atmosphere within the team and I think that Dorilton appreciated that and respected it and was looking to maintain it.” 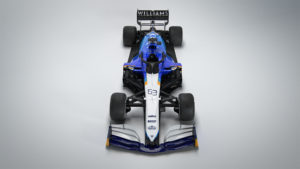 These changes are all part of Dorilton’s plan to build upon Williams’s heritage and enhance its long-term prospects. As for the short-term, the new FW34B will predominantly be a copy of last year’s car. In preparation for the 2022 regulations, the alterations that teams are allowed to make to their cars have been limited. Nonetheless, the Williams team will hope to see signs that they are accelerating in the right direction.

Under this season’s restrictions, F1 gave each team two development tokens to spend on components. Team Principal Roberts revealed that Williams spent one of its tokens last year on an undisclosed smaller item. With only one more left to spend, the team has opted not to make further modifications to the FW43B. However, Roberts highlighted that there are substantial differences to its predecessor, most notably that this car seems to be considerably lighter.

The results of Williams’ expanded technical collaboration with Mercedes won’t start to appear until 2022, when the team takes on the Mercedes gearbox and rear end. In the meantime, the team can enjoy a striking new livery and the conspicuous talents of George Russell for this year, while we all wait to see what the future holds for F1 in 2022 and beyond.