Posted on 9 December 2018 by Rachael Mathewson

Football and basketball are established sports popular among athletes. But have you ever heard of Switch? A new sport emerging in London. Switch Sports is a sport combined of football, basketball, volleyball, netball and handball.

Local former football coach, Danny Hibbert, created this hybrid sport after watching the London 2012 Olympics to bring people and sports together. Now, Switch is growing in the English capital. 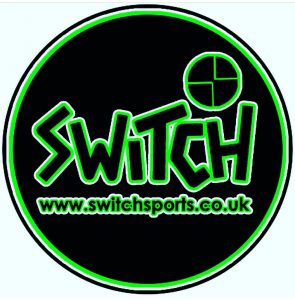 The different elements of the five sports not only make players think differently, but give players a range of options to score. Instead of playing on a court, Switch is played on a pitch that is split into three sections.

Football is played in the middle and the outer two sections are scoring zones. The points are scored by one of two options — they can either throw the ball into the net for one point or spike it in to receive two points.

Hibbert says that the eye-to-hand and hand-to-foot coordination in one sport gives players the opportunity to be creative.

He said: “You are always thinking and always creating. That’s why I think it’s very intriguing to young people because you’re always using your mind.”

According to Hibbert, the creativity of the sport is what attracts athletes to want to play Switch over sports like football or basketball.

Switch Sports UK are planning on expanding the sport to other communities, but first they are focusing on London. Eventually they will like to create leagues, but to do that they need to get more people involved.

Next year, Switch is setting up a coaches’ session to teach the sport to those who are interested. According to Lucy Wragg — co-director of Switch Sports UK — the only way to grow the sport is to focus on the London community first.

She explained: “We want to enable young coaches to take Switch and deliver it in their communities. If we can prove in different communities all around London and then the UK and leave it — almost like a franchise, where we leave young coaches teaching Switch while we monitor it from a distance.

“Once we prove that then we can try that in other countries, but we have to prove it here first.”

By getting more coaches involved, Hibbert and Wragg hope that it will encourage other people to play Switch and, as a result, grow the popularity of this hybrid sport.