Posted on 4 November 2020 by Chris Bowden 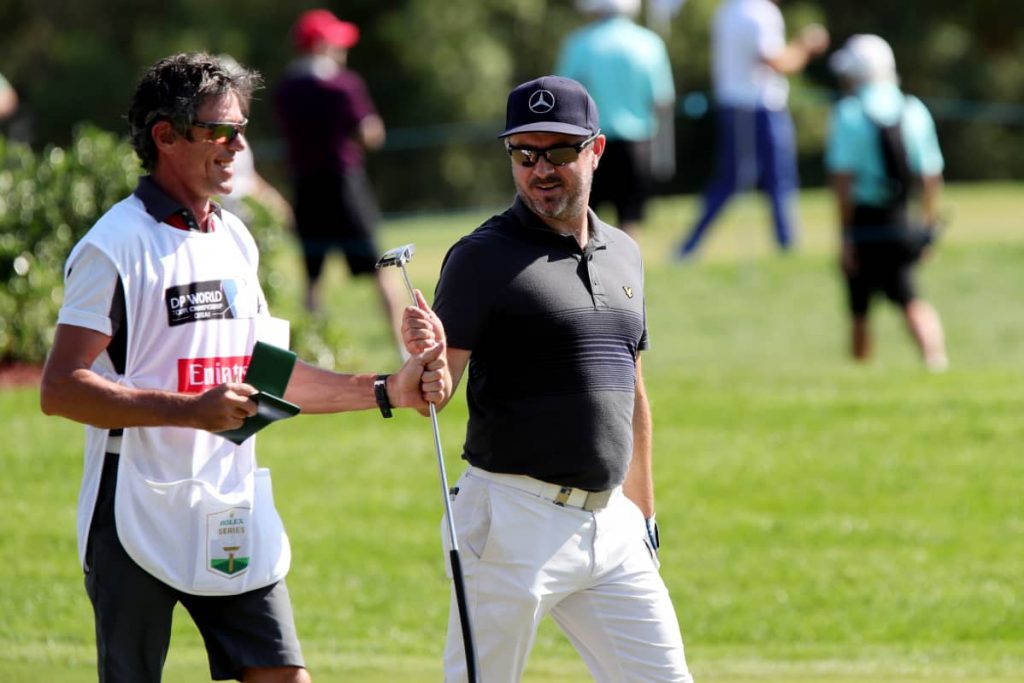 Miiko Korhonen and caddie Nick Mumford (Tomi Natri /AOP)The COVID crisis and both national and local lockdowns have ramped up the pressure on many a co-habiting couple. All the while, the blossoming sporting relationship between Finnish World Cup star Mikko Korhonen and his caddie Nick Mumford has continued to thrive. For the players, the lack of support staff allowed into the European Tour environment such as coaches, physios, sponsors etc has also meant that they are even more reliant on their caddies.

The team of two have been spending almost as much time together as a married couple would on an overseas six-week holiday. Like any successful marriage this amount of time together can make or break a partnership. Korhonen is enjoying an Indian Summer to his career, having won the Shot Clock Masters in 2018 and shortly after recruiting Nick, Mikko went on to win the 2019 Volvo China Open.

Mikko and caddie Nick have seen their partnership grow much stronger in the last few months. Mikko said: “the bond between the two of them has got much stronger brought about by the recent changes”. Mumford is a 25-year veteran caddie of the European tour. He stated that “his life as a caddie has improved since these new measures have come into effect. I am working harder than ever for Mikko because of this situation but also because I am enjoying our partnership even more”.

The new health strategy bubble for The European Golf Tour the “buddy up” system has meant some caddies have been picking their players up from airports in their own cars and then heading straight to check into the same hotel. They now eat breakfast, lunch, and dinner together on top of practise time, and then on to the real matter of tournament rounds of golf. The Tour have been providing financial assistance for players in order to accommodate the caddie in the same venue.

The European Tour successfully negotiated this health strategy with the UK government and defined a set of new protocols to proceed with during UK tournaments. This policy involves stricter measures in comparison with the US PGA.

In the past, caddies typically disappeared to separate hotels or rented accommodation together to be left to their own devices. Previously, they then returned the next morning to clock on again. This has been a major step change from previously spending an eight-hour shift to now potentially a 16-hour window of time. All of this spent with your boss. This could test any partnership.

Next the European Tour heads to Cyprus for two weeks and for some, the US Masters in Augusta, South Africa and then the race to Dubai. All this before Christmas. The “follow the sun lifestyle” that professional golfers and their caddies’ lead has meant their partnership is more important than ever.