Skip to content
You are here
Home > American Sports > American Football > “I simply can’t make peace with the way I was treated and I never will,” former New England Patriots Cheerleader, Lyndsey Raucher, speaks out about the pressures of being an NFL cheerleader 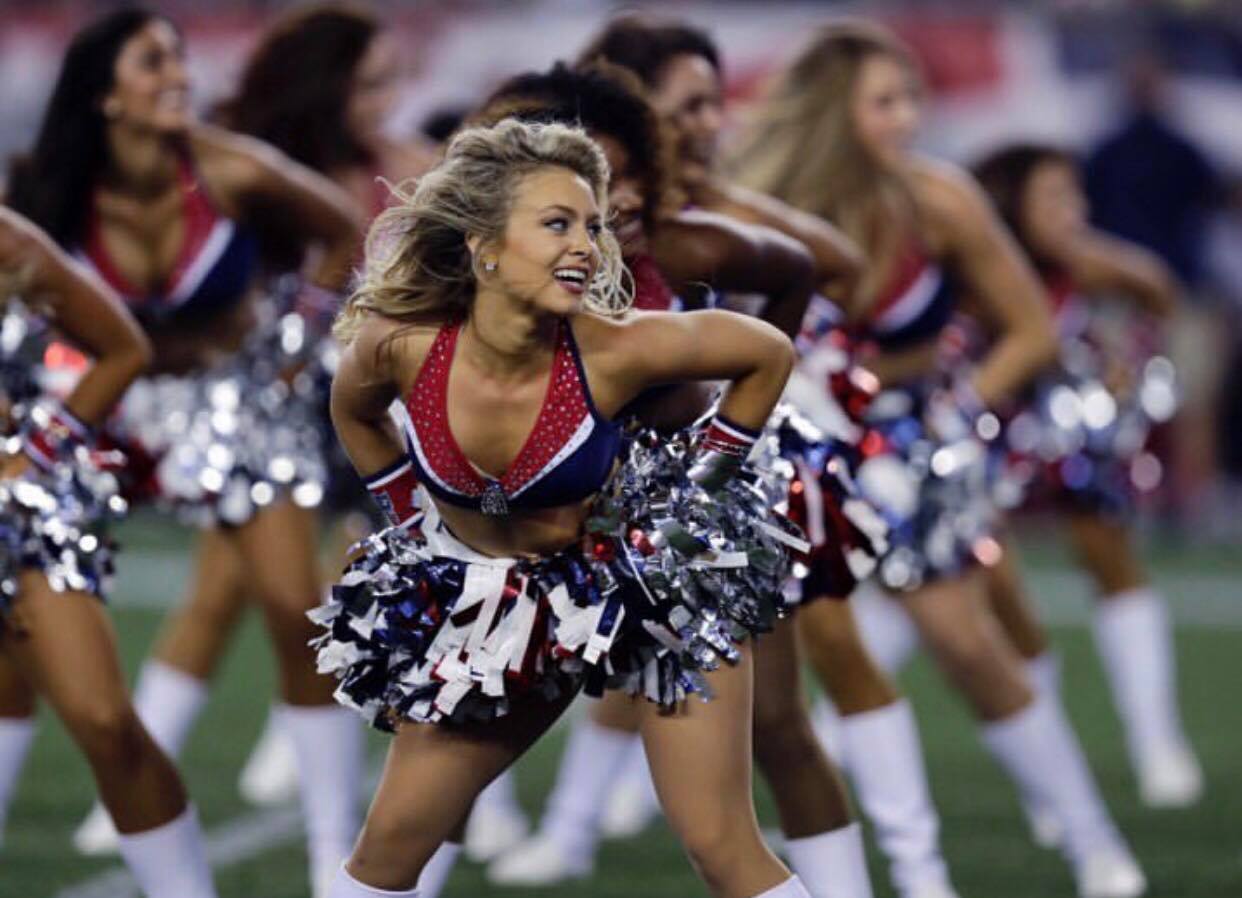 Some American girls want to become a ballerina or a dancer, but Lyndsey Raucher decided to take a chance on becoming a cheerleader for the New England Patriots. However, that decision soon turned into a nightmare as the reality proved to be a tale of mental health agony, eating disorders, and a lack of support and respect from the club she wanted to represent. Nearly two years after leaving the team – following the Patriots’ fifth Super Bowl title – Lyndsey feels that it’s time for her to speak out about a topic highlighted by several other NFL cheerleaders.

As a dancer on the University of Massachusetts dance team, Lyndsey set her mind on branching out and auditioning for the New England Patriots.

“I auditioned for the hell of it and I just kept getting through the cuts. It’s a six-week process and all of a sudden they post the roster and I’m on it and I was like wow, I didn’t see that coming, let me just rearrange my whole life for this. It was a dream, but it wasn’t intentional,” she told the Sports Gazette.

At age 19, Lyndsey traded in her pink Tom Brady jersey for a Patriots cheerleading uniform. Soon after she joined the team in 2016 she realized that it wasn’t how she imagined it.

According to Lyndsey, NFL cheerleaders feel pressure not only to perform well, but to maintain a certain weight throughout the season. For Lyndsey, this pressure contributed to a strain on her mental health as well as developing eating disorders that would last longer than just the 2016-2017 season.

“Every girl has a different experience. There are girls who did all four years with the Patriots and loved it – like genuinely loved it. I did one year and it was my own personal hell.”

Other cheerleaders have come forward in the past about their negative experiences. The Washington Redskins and the Houston Texans are two such teams that have faced allegations from NFL cheerleaders.

In May, the New York Times reported “Washington Redskins Cheerleaders Describe Topless Photo Shoot and Uneasy Night Out“, where the cheerleaders from the Redskins spoke to reporters about their experience during their calendar photo-shoot trip in Costa Rica back in 2013.

According to CBS Sports, the Redskins president, Bruce Allen, responded to these allegations in a statement: “We are immediately looking into this situation and want to express how serious we take these allegations. Based on the dialogue we’ve had with a number of current and former cheerleaders over the past 48 hours, we’ve heard very different first-hand accounts that directly contradict many of the details of the May 2 article. I can promise that once we have completed looking into this matter, if it is revealed that any of our employees acted inappropriately, those employees will face significant repercussions.”

In August, the BBC reported “Texans Cheerleading coach resigns amid body-shaming lawsuit.” Former Houston Texan Cheerleader, Angelina Rosa, said in a statement “I felt humiliated and ashamed of my own body. I developed very unhealthy eating habits just to maintain the ‘image’ demanded for me.”

According to the BBC, Altovise Gary, the Texans cheer coach, resigned after working with the Texans for 17 years. The Texans released a statement on Twitter after the lawsuit was filed.

Lyndsey’s own ‘personal hell’ as she puts it, coincided with yet more triumph on the field for the Patriots. While the team were winning their fifth Super Bowl in February 2017, Lyndsey was battling with bulimia, binge-eating issues and body dysmorphic disorder. For her, the Super Bowl ring she received after the Patriots’ thrilling 34-28 victory over the Atlanta Falcons wasn’t worth a dime.

“Weight stuff I don’t think was in the guidebook – if anything it just said that you had to be able to maintain the weight you were when you made the team; which they make it pretty impossible to do that because they work you to the bone,” she added.

“I would never put myself through that ever again. One of the main reasons that I stopped is because I was young in my head and I was not ready for the environment that it was.”

“No one is good enough, no one is proud of you, no one cares if you are hurt or sick. It doesn’t matter. You sit down, you shut up and you put on a show.”

“My mental health and my physical health just got so bad that I had to stop. I had no choice really and that was kind of why I only did one year. I had to get better. So just now, I’m kind of getting well enough to start dancing again. I would never ever do NFL again, ever, but I thought about maybe NBA or just backup dancing. I’m just now healing.”

Lyndsey is doing her best to put those painful memories behind her, and is currently studying for a Master’s degree in Public History at St. Mary’s University Twickenham.

Lyndsey pursued history because of how it empowered her, and one day she hopes to do the same for others that may be struggling like she did.

“My motivation really is looking at the girls who make the team and they get so excited that they are crying tears of joy, and then it smacks them in the face because it’s not what they thought it was and I just want that to not be the case anymore. I don’t want anybody to have the experience that I had ever again.”

Even though Lyndsey has moved forward with her life, her experience isn’t something she can ever forget. By speaking out now, Lyndsey hopes that she can help change the toxic culture that she believes is entrenched in the cheerleading world.

The New England Patriots were invited to respond to these allegations, but declined to comment.

If any NFL cheerleaders would like to talk about their experience you can reach Rachael Mathewson at r2emathews@gmail.com

Rachael Mathewson
Rachael's diverse background in sports comes from her experience as an athlete and a journalist. She was born in Miami and grew up in Key West, Florida where her love of basketball and Taekwondo began in elementary school. As a varsity basketball player and Third Degree Black Belt in Taekwondo Rachael combined her love of sport with her love of writing on the Middlebury Union High School newspaper. This passion continued into her university life, getting her Bachelor of Science degree in Telecommunications from the University of Florida. Rachael has gained experience reporting through diverse mediums such as radio, TV and social media working with organizations such as Florida Keys Media, ESPN Gainesville WRUF, SEC Network, CBS Sports and Gator Vision TV. Her sport focus lies in College Sports, Track and Field, NBA, NFL, MLB and Alpine Skiing. While currently getting her Master's degree in International Sports Journalism, she is taking one step closer to her goal of becoming a content producer in the NBA. 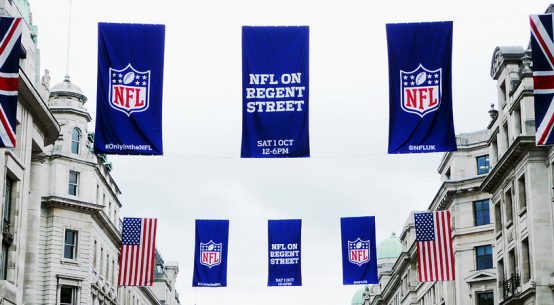 Overpaid, overhyped, and over here: the NFL in Britain 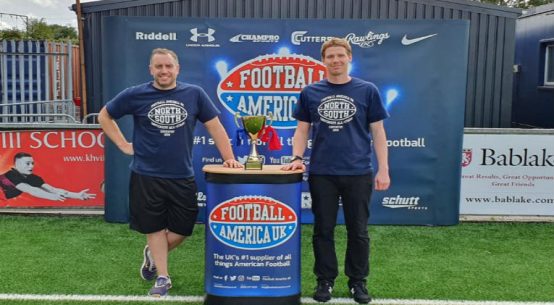