Posted on 19 June 2021 by Nathan Frazer-Carroll 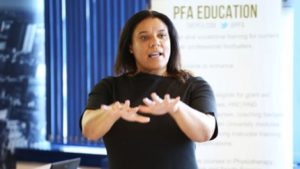 A Danish Athletics firm, RunRepeat, has found that there is evident racial bias in some Premier League, Serie A, Ligue 1 and La Liga football commentary directly relating to the skin tone of players. The 2020 study analysed 80 televised matches across the four leagues and was conducted in partnership with The Professional Footballers Association (PFA).

Key findings show that when commentators discussed intelligence, 62.6% of all praise was directed toward players with a lighter skin tone and 63.33% of all criticism was aimed at players with darker skin tones. 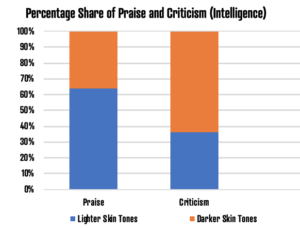 Simone Pound, Head of Diversity, Equality and Inclusion for The PFA praised the study saying: “Its only by having that data driven evidence that we are able to address these problems head on.

“It’s clear that studies such as this are key to the current cultural moment in raising awareness about the unconscious bias that exists not only in football but in language we use to describe people with darker skin.” Said Simone. 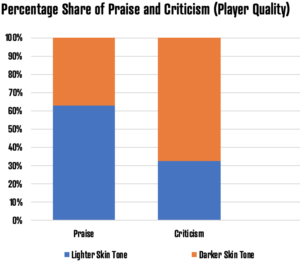 Simone views this as one key component in developing a sustainable approach to long term change. Simone also highlighted football’s need for self-declaring data as there are still issues involved with third parties collecting data on players’ race and ethnicity.

“Structural racism is a persistent issue and often operates behind closed doors, shining a light on the statistics is often an eye-opener for key decision makers within workplace structures.” Said Simone.

It is important to be aware of unconscious bias as it serves as an entry point to discussions on race. The RunRepeat study is important because it directly confronts a convention deeply rooted in slavery, the hyper-masculine portrayal of people with darker skin tones.

The unconscious assumption that people with darker skin are stronger and more powerful can lead to dangerous real world effects such as the increased likelihood of experiencing violence at the hands of police or black women in the UK being four times more likely to die during childbirth.

Widely held unconscious biases are rarely the main drivers of overt racism but they do impact peoples’ everyday experiences.