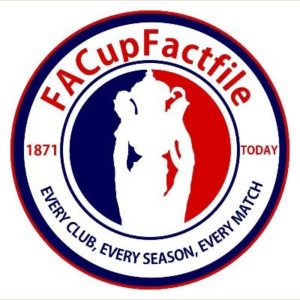 The FA Cup is too often nowadays fired-up Davids against Goliaths keeping their first-choice swords fresh for more lucrative battles.

Owners of big clubs have clear priorities, and the heritage and tradition of the world’s oldest cup competition is dwarfed by burgeoning financial incentives offered by the Premier League and Champions League.

Magic below the surface, however, is still plentiful. The making of an unexpected hero, giddy excitement of a cup run and euphoria of a giant killing are still on the minds of football fans across the country ahead of this weekend’s third round.

One man who perhaps understands the current state of the FA Cup, its development, complexities, quirkiness and, for want of a better word, magic is Mr FA Cup Factfile himself Phil Annets.

Annets runs the FA Cup Factfile Twitter, is author of FA Cup 150 and has collated probably the most exhaustive database of FA Cup facts and statistics there is.

Fans, Magic and the FA Cup

Talk to the chairman or even the players and the manager, if you can. And the fans, of course. That’s when I started to understand where the real magic lay in the competition.”

It is at these levels, away from the entitlement and expectation of the elite where the appreciation of the FA Cup is greatest. This is not, however, to say fans of clubs throughout the leagues do not get swept along on the wave of adrenaline a cup run brings.

Annets also cites the example of Wigan Athletics’ dramatic FA Cup final win over Manchester City in 2013 as a moment only the FA Cup could produce.

“Talk to any Wigan fan who saw their team win the FA Cup and a week later them get relegated and ask them if they would rather it the other way around.

The way they did it in the last minute against the best team in the land, that’s magic.”

There are very few competitions in sport that throw up storylines like the FA Cup, which is perhaps why repeated efforts from the FA and owners of big clubs to marginalise it leave such a sour taste.

One of these recent moves is the temporary removal of replays under the pretence of easing fixture congestion for Premier League sides. In a recent piece Annets debunked the claim this was an FA Cup caused issue and explains how ‘bloated’ European competitions which have rules allowing no Premier League games on the same night are responsible.

“It is irrelevant to congestion, yet it has a massive impact on what the competition is all about.”

With the number of postponed games due to Covid, it would be ridiculous not to have Premier League Games and Champions League games on the same night. If the now vacated replay dates are not used either, the cries of hypocrisy should be as loud as they are valid.

The role of owners

Money hungry owners of elite clubs are also responsible for the FA Cup falling down the footballing pecking order.

Annets is frustrated with the media indicating clubs themselves are losing care for it and wants the club to be separated from the club owners in coverage.

It’s a narrative that’s shamefully been led by those that have been in the game in the past and know the value of the competition, but for some reason, probably because they’re connected to the financial benefit of the Champions League, they don’t really support the competition.”

FA Cup third-round weekend is a special one in the football calendar. There lies in wait the possibility of upsets and with tickets sold separately, fans of big clubs who may be unable to get to league matches have a chance to see their team. It provides a chance for many families to share special moments together.

“If you’ve ever watched videos of kids walking into stadia for the first time, you’ll know how much of an impact that can have on them.”

It is therefore disappointing to see so many weakened sides being put out in the third round, especially by teams unlikely to be involved in a battle at either end of their respective leagues.

Annets believes fans are the ones who lose out to such rotation.

“It frustrates them to know that by the end of January, their season is in effect over because they’re going to end up mid table and they’ve got no cup run to follow. So, the last ten games are hardly worth it.”

Putting magic back into the FA Cup

What can be done to ensure the FA Cup is offered the respect it deserves is the topic of much discussion. Nevertheless, Annets does not believe increased prize money or a Champions League spot for the winner are viable solutions.

His view is these would not incentivise teams to try and win it anymore than they already do, and that prize money could be more effectively invested in other areas of football. As so often is true, it is fans who could prove key:

“From a club point of view, there needs to be more influence from fans on decisions they make regarding the FA cup. The majority of every club want a decent run.

We know that we as fans are treated as second class citizens for every decision, it’s very hard to pinpoint a single decision that’s been made in the world of football for the last 30 years that’s had the fan at the heart of why they’ve made the decision.”