Wales prop Tomas Francis has been selected to start in tonight’s Guinness Six Nations match against France, despite demonstrating “criteria one” head injury signs, following a tackle he made against England on the 26th of February.

Francis demonstrated possible concussion symptoms, after a tackle attempt on Charlie Ewels led to him clashing heads with teammate Owen Watkin. The 29-year-old was seen leaning on the post protector, before receiving medical treatment.

World Rugby states that a player who is observed on video to have ‘balance disturbance/ataxia’ should undergo immediate and permanent removal from play, without the need for a Head Injury Assessment (HIA).

Francis was removed from play, but returned some 10 minutes later, after he passed a HIA. The handling of this decision was heavily criticised by rugby journalist Sam Peters, who is currently writing a book on concussions in sport. 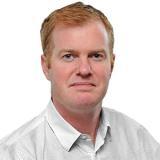 “It was so clearly obvious that Francis had suffered a brain injury on the pitch. He was showing clear signs of being ataxic, which is a complete red card for a concussion case.” Peters said.

Peters’ recent work on head injuries in sport, has taken him to speak with former rugby players, who are now suffering with the long term effects of concussions.

“I spent a full day with Steve Thompson, England hooker who can’t remember playing in the (2003) World Cup. He has been diagnosed with early onset dementia, chronic traumatic encephalopathy, which is now absolutely clear, that this is a clear and present risk for professional rugby players. And yet still, we see these cases of mishandled concussion brain injuries on the field, it’s truly shocking that this is still going on.”

“Let’s be completely blunt about that because I think until we start being honest, then nothing’s going to change.”

Wales Director of Rugby Wayne Pivac addressed the case of starting Francis, stating how the correct procedures have in fact been followed by the Wales RFU. Speaking at Wales’ press conference yesterday, Pivac said that “We have got a very, very experienced medical team who we think are world class. They are experts in their field.”

“We have gone the extra mile in terms of Tomas, and got an independent concussion specialist involved. He has the history of the player, he has had a look at the footage of the match, and he has also been taken through the protocols that have been followed.”

The laws regarding concussion are frequently criticised for being inconsistent, which has only been further demonstrated by Wales Centre Nick Tompkins. The Saracen will miss out on the clash against France due to suffering a concussion when playing for his club against Leicester Tigers last Saturday.

As expected title favourites, France come to the Millennium Stadium tonight with expectations of continuing winning form, for their first Six Nations title since 2010.