Despite retiring last year, Usain Bolt still remains the world’s most recognisable athlete. The Jamaican has long voiced his dream of turning out for his beloved Manchester United, but before today such talk was nothing more than fantasy – or so we thought. Bolt’s surprise appearance at Borussia Dortmund’s training complex earlier today was both bizarre and hugely interesting. This got us thinking; what other unlikely pairings could the world of sport throw up in the future?

Although there has been increased speculation that Floyd Mayweather is edging closer to an unwelcome MMA bout with Conor McGregor in the near future, the boxing legend would be better suited to test his arm at darts. The 41-year-old has transferable skills that can make him a serious contender on the oche; his deadly accuracy, a nickname and walk-in music. Money also wouldn’t be an issue for the American as darts has become a lucrative sport over recent years, with the winner of the Premier League reportedly set to earn £825,000, including added bonuses for nine-dart finishes. Rather than a second fight with McGregor, it would be a far better spectacle to witness Mayweather testing his wits against the flamboyant Peter Wright.

Christie has proven time and again to be one of the world’s most agile athletes, blowing away the competition in 2017 as she won three golds at the World Short Track Speed Skating championship. She would be an absolute terror on the defensive end of the court, with the foot speed necessary to stay in front of feared NBA superstars such as Steph Curry and James Harden. There’d be very little chance of her getting her ankles broken on the hardwood.

No, the idea of the World’s Strongest Man on ice might not make for the greatest image, but hear us out here. The quadruple throw has become the norm in pairs skating in recent years, after first appearing in 2006 by Chinese pair Zhang and Zhang (no relation) at their National Games. Pair Hall, a hulking 6’3’’, 30 stone beast of a man, with an average sized 5’3’’ female skater, and an octuple throw could be on the cards. Don’t lie, you want to see it.

It’s about time volleyball includes a professional with a knighthood. The crossover could potentially see the Champion Jockey make history and become the first athlete to win the BBC Sports Personality award in two different sports. The 43-year-old’s only experience of a team sport is supporting Arsenal which doesn’t bode well for this particular crossover, but  his winning mentality should be enough to spike his way to the top. 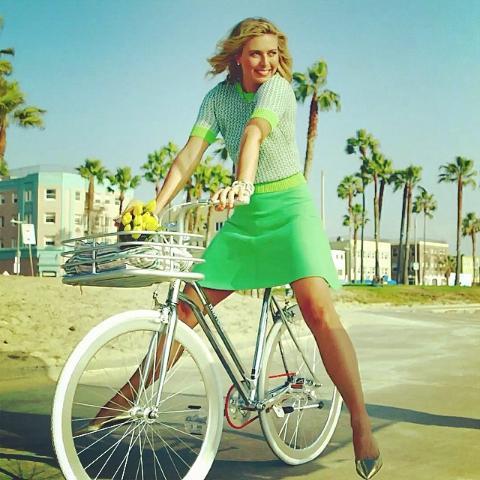 Standing at a statue-esque 6’2’’, with a slender frame to boot, this former Wimbledon champion could prove to be a dominant track cyclist, given the chance. She has proven her power on numerous occasions, with her serve striking fear into opponents worldwide, coupled with her balance and unappreciated turn of pace. For these reasons, and these reasons only, we feel like we might be onto something.