Some K-League and Premier League big boys coming up for you in part two, but you can always spin the wheel and take your chances or just pick whatever you think is the nicest kit.

Not sure who to support this season, stay tuned for a comprehensive comparison of Premier League team to #KLeague ones, a kit-guide or just leave it to chance!https://t.co/uonCOiks5h

Pohang are one of the most successful sides in K-League history and are Korea’s greatest performers in the Asian Champions League with three triumphs.

Like Liverpool the Steelers are located in a port city, play in red and have an atmospheric stadium with loyal fans. And finally like Liverpool, they might not lift a trophy this year either. 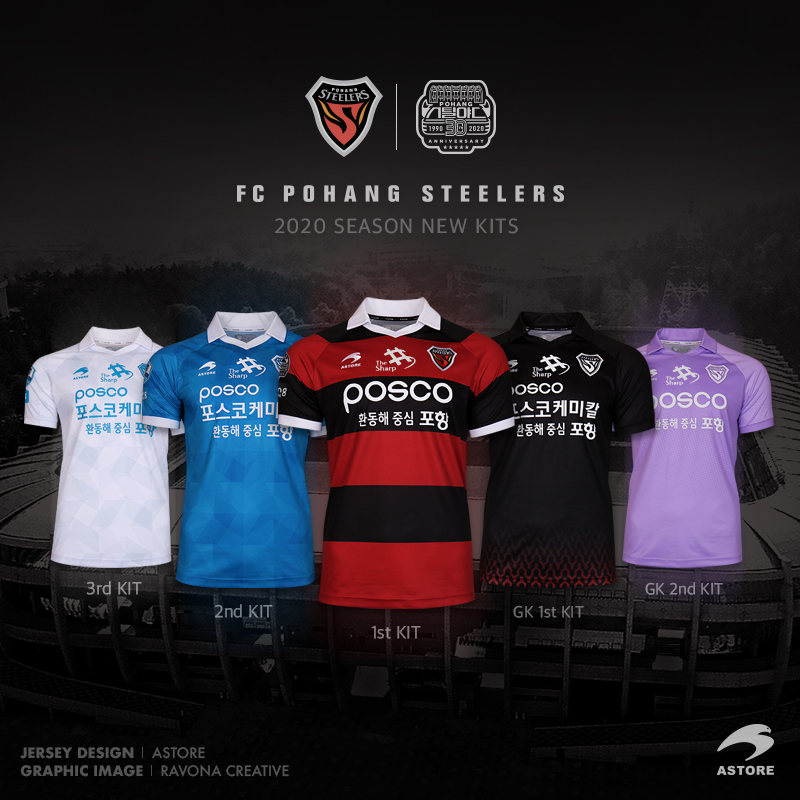 For the Steelers nickname alone Sheffield United fans are allowed to choose Pohang if they don’t fancy the next side.

Sangju Sangmu are a unique team, they are a military side made up of loan players from other K-League clubs whilst the players complete their mandatory 20 months military service. For this reason the Sangju squad are all domestic players, seeing as Burnley give the most minutes of game time to British players in the Premier League and in Sean Dyche have a very military-esque figure in charge. The Clarets fans can get behind the military here.

Chris Wilder strikes me as being an excellent and terrifying leader – just as the Sangju manager Kim Tae Wan (terrifying at least) does – so for no other reason than that, Blades fans you have your second option.

Seongnam have a rich history with seven league titles to their name and a couple of Champions Leagues thrown in as well, but nothing since 2010. They returned to the top flight in 2018 after a two season stint in the second tier. Former European Cup winner and recent Championship side Aston Villa, Seongnam are your perfect match.

As for Everton, well, Seongnam’s best years seem a long time ago and they do not look like getting back there anytime soon, plus any good players the club produce always seem to move on rather quickly to bigger and better things.

Newcastle fans are also allowed to follow Seongnam, or the Magpies as they are otherwise known, and Seongnam definitely outdo the Geordies here, every home matchday comes complete with a giant motorised Magpie appearing behind the Ultras.

FC Seoul and Manchester United are the two most recognisable football names in their respective countries despite no longer dominating as they once did. They both have the largest stadium in the league and draw in fans from across the country. Nobody likes either of them.

Arsenal and FC Seoul, both based in the capital, both play in souless, quiet stadiums, both made the error of signing Park Chu-Young (in fairness to Park he was good in his first stint with FC Seoul, not so much this time round).

The Gunners and FC Immoral (a nickname used by opposing fans, along with Northern Traitors or the Immoral North!) have enjoyed domestic success but never challenged on the continent and both look a long way short of winning league titles. 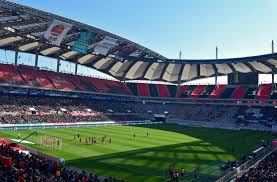 Neither side plays in their original location, both have a rivalry because of their moves and both should return to where they come from.

An easy one here, both play in blue, both have had large periods of success in the 2000s including continental trophies (whilst both being sponsored by Samsung to boot, Suwon are in fact owned by a marketing company who in turn are owned by … Samsung).

Suwon like Chelsea did not have the greatest season last time out and both teams’ fans often think they’re better than they are. Not the most popular of sides and disliked immensely by some, often due to jealousy, probably because of the wealth of the respective owners.

Another easy one and for all the wrong reasons. Always the bridesmaid and never the bride? Yep

Snatch defeat from the jaws of victory? You betcha

Okay I made that last one up, but still the comparison stands, take last season as an example:

Ulsan needed either a victory against title rivals Jeonbuk in the penultimate game of the season or a point on the final day to win a long awaited league championship.

They drew away to Jeonbuk 1-1, no drama Jeonbuk are good.

One point needed at home to fierce rivals Pohang in the Donghaean (East Coast) derby, and what happens? Obviously Ulsan bring out their inner Spurs and get thumped 4-1 losing the title to Jeonbuk on GOALS SCORED by ONE goal.

All jokes aside, decent choice for the Spurs fans here, great fans, lovely new/renovated stadiums and a solid history.

And there you have it, my guide to who you should support in the 2020 K-League, and remember if I insulted your club I either support them too or it was a joke (kind of).

Hit me up if you want a team not mentioned here compared to a Korean one, I have no doubt I can find everyone a club.

If you want to know more about the K-League and some more help in choosing a team then @GazzettaKorea have the pod for you: