Posted on 6 November 2021 by Piers Dunham 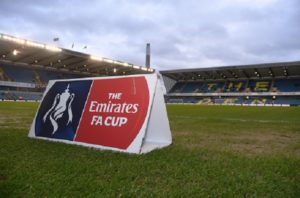 As the oldest national football competition in the world, The Emirates FA Cup has been synonymous with the identity of English football for years.

However, in recent years the public opinion of the competition has somewhat dwindled. It is now perhaps seen as a second-rate competition, an afterthought in a mangers mind, and an opportunity to rest first team players and to play the youngsters.

While this may be true for the giants of the game, we must remember that there is much more to English football than the Premier League.

The beauty of The FA Cup comes from the possibility of a team from the lower leagues, progressing through the qualifying rounds and beating a world class side in typical David Vs Goliath fashion.

However, it is not just the on-pitch happenings of the competition that are important to clubs.

Larger teams may have started to disregard the importance of the FA Cup but to non-league teams, the competition is as important as ever for several reasons.

In this current Covid climate, many lower league clubs are struggling financially. But the FA Cup is a great way for these teams to improve their financial situation.

The non-league clubs that have progressed to the first round of the competition by winning all four qualifying rounds, have earnt over £20,000 in prize winnings from the FA.

This is a substantial amount of money for these sides, and with the prize for progressing to the second round being an additional £22,000, this competition serves as huge financial opportunity for struggling non-league clubs.

One club who certainty understands the importance and tradition of the cup is Vanarama National League South side St Albans City.

St Albans have reached the first-round proper of the FA Cup for the first time in five years.

Their home tie against League Two side Forest Green Rovers has been selected to be broadcast live on BBC 2.

This will earn the club £50,000 in a broadcast deal, meaning the club will have received over £70,000 because of the competition before a ball is kicked on Sunday.

Being chosen for free-to-air coverage is a huge boost for any non-league club, however it is not just the broadcast deal that boosts the clubs’ financials.

The attendance of St Albans’ last FA Cup fixture was almost 3500, which is much higher than their average of 900 this season.

The boost in public interest that comes from an FA Cup fixture is massive. Being shown live on the BBC is a great opportunity for St Albans to reach out to new potential fans watching from home.

Clarence Park will once again be packed to the rafters, with fans hoping for an upset, but with Forest Green flying at the top of League Two, it won’t be easy.

If St Albans do get the best of Forest Green, it will be only the sixth time in the club’s entire history that the team will have reached the second round.

Whatever happens in the game, it is clear that the FA Cup is of vital importance to non-league clubs, especially during the pandemic.

The competition is something to be celebrated and clubs like St Albans are proof that the spirit of the cup still very much lives on.

The FA say they: “want to make sure our game is open for all to play, watch and participate”, which coincides with a new deal with ITV that will make the competition free to air all season.

A free to air FA Cup will entice new groups of fans to see lower league teams play, something they may not usually do.

Viewing figures for the competition should also increase and hopefully this much-loved competition can return to its former glory.

The match between St Albans City and Forest Green Rovers is being broadcasted live on BBC 2 on Sunday 7th November at 5:15pm.